In the midst of a war of words—breathlessly reported by the media—the Shiv Sena rebels have moved the Supreme Court. They are challenging the notice issued by the Deputy Speaker disqualifying 16 of them. The two petitions will be heard today. Meanwhile, Uddhav Thackeray lost yet another minister to the rebel camp. Their leader Eknath Shinde claims he now has 50 MLAs—including independents. The total Shiv Sena strength in the Assembly: 55. For more context, read our Big Story on the Mahabharath in Maharashtra. (Indian Express)

Meanwhile, in UP, Samajwadi Party lost two of its bastions—Rampur and Azamgarh—to the BJP. The reason: Akhilesh Yadav was missing in action—and Mayawati’s BSP played spoiler. The Hindu has more details on all the races, while The Telegraph has more on Mann.

Teesta Setalvad is under arrest

First, some context: Here’s what you need to know to why this arrest has sparked controversy and outrage:

The SC ruling: The Court also accused her co-plaintiff—activist Teesta Setalvad—of “exploiting the emotions and sentiments of appellant—Zakia Jafri, the real victim of the circumstances.” And it slammed two key witnesses for the plaintiffs—former Gujarat DGP RB Sreekumar and IPS officer Sanjiv Bhatt—accusing them of “a coalesced effort… to create sensation by making revelations which were false to their own knowledge.”

The ruling even called for action to be taken against them:

“The falsity of their claims had been fully exposed by the SIT after a thorough investigation...As a matter of fact, all those involved in such abuse of process need to be in the dock and proceed in accordance with law.”

The fallout: Setalvad has been arrested on the basis of an FIR—which also names Bhatt and Sreekumar. The charges include forgery, criminal conspiracy, instituting criminal proceedings to cause injury, among others. And a new Special Investigation Team has been formed to investigate all three—as “as per directions of the Supreme Court.” The Hindu has more on the arrest. The Quint offers background on Bhatt, Setalvad and Sreekumar.

Moscow took control of Severodonetsk—a key city in the Donbas region in eastern Ukraine. It is the single biggest victory for Russian troops in the war so far. The next target: the neighbouring city of Lysychansk. And Kyiv was once again bombarded with missiles—many of them targeting civilian areas—after a brief respite.

OTOH: Western intelligence officials claim that Russian gains are misleading: “There will come a time when the tiny advances Russia is making become unsustainable in light of the costs and they will need a significant pause to regenerate capability.” One reason is that these slow advances come at a very high cost: “vast quantities of ammunition, notably artillery shells, which are being fired at a rate almost no military in the world would be able to sustain for long.” (Washington Post)

US gets some gun control

President Biden signed the “most significant” gun safety legislation in almost 30 years: “The law includes enhanced background checks for those under 21, funding for mental health and school safety, incentives for states to implement ‘red flag’ laws and limits on the ‘boyfriend loophole.’” Nope, it isn’t very much progress—but a small step in the right direction. We looked at US gun laws—and why they remain out-of-step with the rest of the world—here and here. (Axios)

Also in the United States: The leader of the radical right movement called QAnon is a mysterious figure named Q. He is one of the key figures responsible for inciting the January 6 riots at Capitol Hill. Q disappeared in the aftermath, and many believed that QAnon too would fizzle out. But now he’s resurfaced on the anonymous message board 8kun. His first message: “Shall we play the game again?” Experts say that Q is being opportunistic—taking advantage of the big win on abortion—and a perception that the rightwing forces are winning once again:

“Leveraging social and cultural instability has kind of been a hallmark of QAnon for a very long time. This very much throws gasoline on the fire and leverages the fear that people have about the future.”

The condition affects one in five people around the world. It is defined as “a disorder in children who, despite conventional classroom experience, fail to attain the language skills of reading, writing and spelling commensurate with their intellectual abilities.” But a new study shows that this “deficit-centred” view may be incomplete:

“We believe that the areas of difficulty experienced by people with dyslexia result from a cognitive trade-off between exploration of new information and exploitation of existing knowledge, with the upside being an explorative bias that could explain enhanced abilities observed in certain realms like discovery, invention and creativity.”

The Indian test captain has tested positive—and will be in isolation ahead of the fifth match against England slated for July 1. His likely replacements: pacer Jasprit Bumrah or wicket-keeper batter Rishabh Pant. (The Hindu)

One: The ‘Shamshera’ trailer just dropped—and it looks a lot like ‘RRR’ with its anti-colonial themes, look and feel. And Indian Express detects the unmistakable influence of ‘Baahubali’—but wonders if it will instead end up as a giant flop a la ‘Thugs of Hindostan’.

Two: Beauty is definitely in the eye of the beholder. And all dogs are beautiful to behold—including Mr Happy Face who won the World’s Ugliest Dog contest over the weekend. His breed is unknown but his hobbies are not—and they include “being fearlessly adorable,” invoking his “elder privilege” over other pets in the household and “eating stinky things.” In second place: a Pekingese named Wild Thang who was rescued from a puppy mill. (Huffington Post) 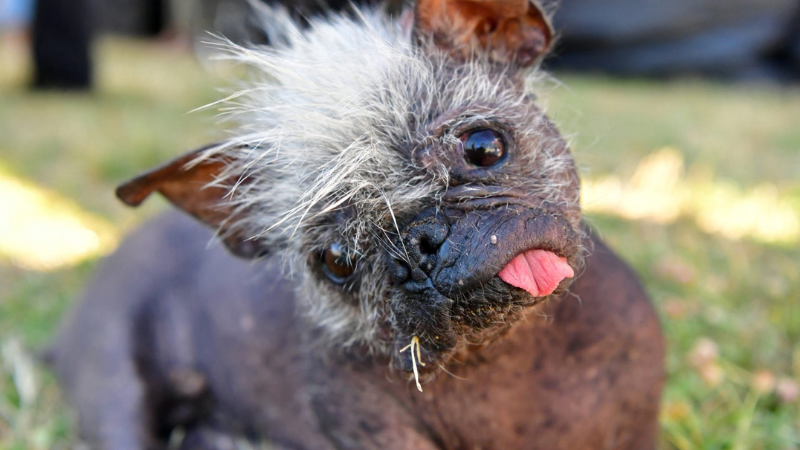 Three: Also a winner: 27-year-old Fuschia Anne Ravena from the Philippines who became Miss International Queen 2022—the most prestigious global pageant for transgender women. At second and third place below are Miss Colombia and France. (Reuters) 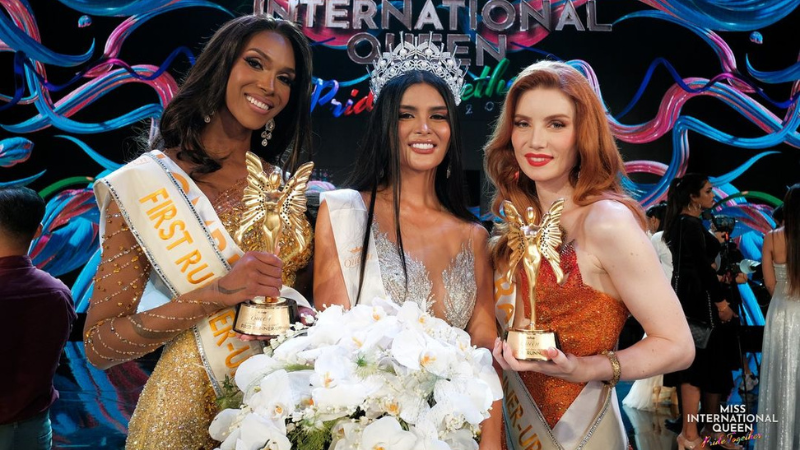 On the latest episode of the splainer podcast ‘Press Decode.’ the team looks at non-consensual sex videos on Pornhub—and wildlife trafficking in India. Be sure to head over to the IVM website, Spotify or Apple Podcasts to listen to it.