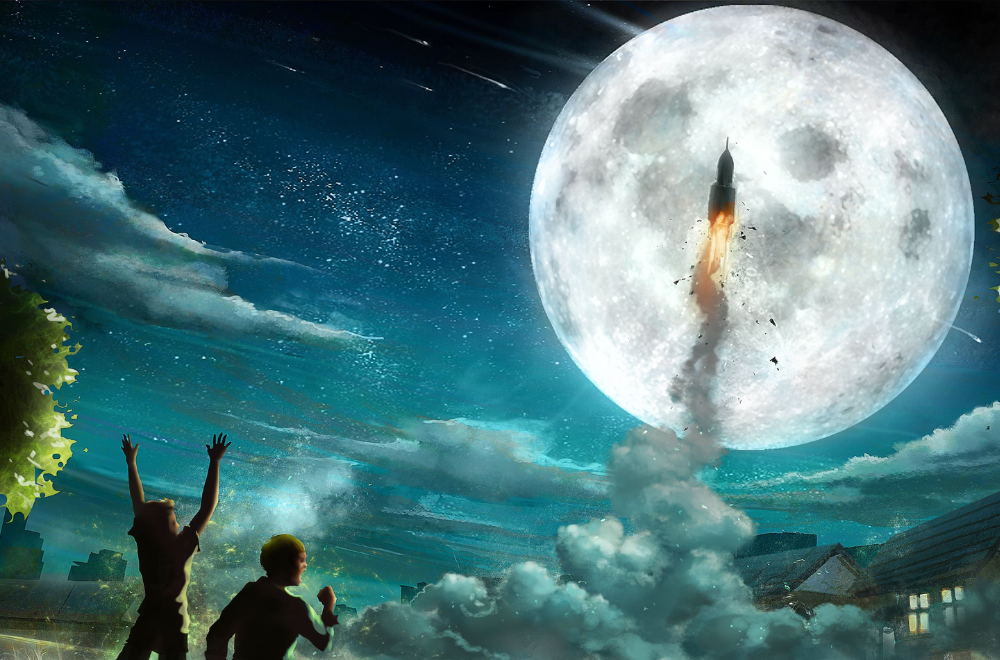 Take me to the moon: A history recap

First, some context: On September 12, 1962, President John F Kennedy made a historic speech promising to put a man on the moon, famously declaring: “We choose to go to the moon in this decade and do the other things, not because they are easy, but because they are hard.” In fact, Kennedy had far more mundane reasons for literally shooting for the moon—a decision he’d already made a year earlier:

Before the Neil Armstrong moment: Kennedy would not live to see his dream come true—when eight years later, on July 20, 1969, Neil Armstrong first set foot on terra luna. But that historic event was preceded by a number of test flights that no one now remembers:

When you see Apollo 8, you truly appreciate the courage displayed by that first manned crew:) 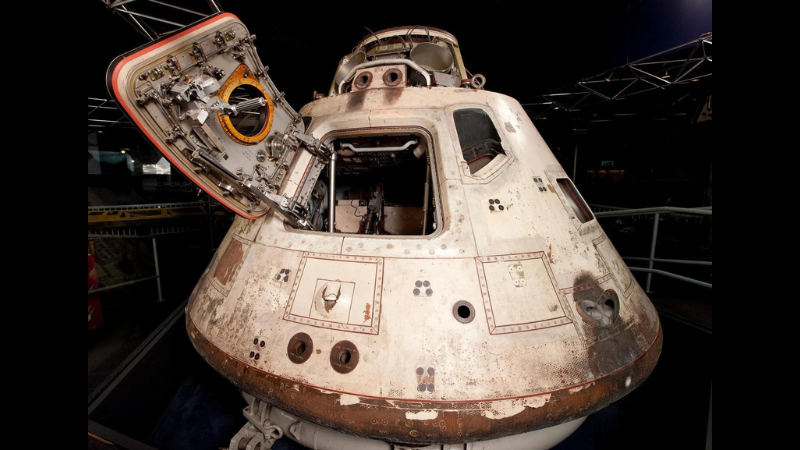 The man on the moon: Apollo 11 was launched from Cape Kennedy on July 16, 1969. Its three-person crew: Commander Neil Armstrong, Michael Collins and Edwin "Buzz" Aldrin. The astronauts flew in the Apollo Command Module which had about as much room as a car. Apollo 11 entered lunar orbit on July 19. And on July 20, Armstrong and Aldrin entered the Lunar Module dubbed the Eagle—which would take them to the surface of the moon and back. Poor Collins was left behind since the module could only carry two people.

Partially piloted manually by Armstrong, the Eagle finally landed in the Sea of Tranquility. It took four hours for Armstrong to emerge and take that first step on the moon. Aldrin followed him 20 minutes later. In total, the two men spent 21 hours, 36 minutes on the moon's surface.

About that quote: Armstrong’s first words on the moon were: “That's one small step for man, one giant leap for mankind." The amusing part is that Armstrong insisted that he actually said “one small step for a man.” The missing ‘a’ “changed the meaning of the phrase entirely, taking it beyond a statement from one individual and turning it into a universal statement.”

After Armstrong: There were six other manned missions to the moon after Apollo 11. NASA landed a total of 12 astronauts on its surface between 1969 and 1971. The last mission—Apollo 17—took place in 1972. We have not been back to the moon since.

Irony alert! The only other memorable lunar mission was the botched Apollo 13—which ran into serious trouble when an oxygen tank exploded.  That’s when astronauts John Swigert and Jim Lovell uttered the famous words: “Houston, we’ve had a problem.” The mission was abandoned, and they made it safely back to Earth huddled in the lunar module.

The end of the lunar age: Soon after the first landing, the Apollo program quickly sputtered out. President Richard Nixon slashed funding—and the last three missions were cancelled in 1970, less than six months after the Armstrong moment. Point to note: the Apollo project was slated to cost $7 billion—but the final price tag was $20 billion. Soon, America had other problems to contend with—poverty at home and the Vietnam war abroad.

There was plenty of talk about going back to the moon when Presidents Bush and Obama were in the White House—but there was no will to spend the money. As a former NASA historian wryly noted:

“Everyone loves Apollo. Apollo is cool, you like it, I like it, it was just a great achievement…But our politicians seem to have discovered they get just as much bounce from announcing we’ll go back to the moon—without having to actually pay for it.”

Point to note: Lots of other countries are planning or have already landed unmanned missions to the moon—including China, India, Israel and even South Korea. But the US and China are the only ones planning to take humans back to its surface.

The Artemis mission: The long and winding road

NASA’s new moon program is named Artemis—the twin sister of the Greek god Apollo. And it has not had a smooth ride. The first launch of the unmanned rocket—Artemis I—was scheduled for 2016. But it was postponed first by funding issues and then the pandemic. The biggest hurdles have been a series of technical misfires—which have raised questions about the program.

Failed rehearsals: The rocket failed in three ‘wet dress rehearsals’—including one in April: “The crucial test, filling the rocket tanks with liquid fuel, has revealed bad valves, malfunctioning fans, and leaks in the 32-story rocket.” So the rocket was wheeled back to the warehouse—and a fourth attempt in June was finally successful. But even that last try experienced a hydrogen leak.

The launch: Everyone was assembled at Cape Canaveral—including Vice President Kamala Harris—for the launch of NASA’s most powerful rocket to date. The Space Launch System or SLS will send the Orion spacecraft—which sits on top—hurtling toward the moon. The Orion will enter a lunar orbit for up to 19 days before returning to Earth—about six weeks after liftoff. A successful mission sets the stage for a manned mission in 2025. At 322 feet, the SLS is taller than the Space Shuttle and a bit shorter than the Saturn V rocket—which sent Neil Armstrong to the moon in 1969. It’s about the height of Big Ben.

What went wrong: Things went awry when engineers were pumping fuel—hundreds of tons of liquid hydrogen and oxygen into its tanks—to get it ready for flight:

Point to note: The chill down stage had never been tested before because of all the other issues during the dress rehearsals. And NASA engineers were aware that it could pose a problem.

What’s next: NASA is confident it can fix the problem, but has not set a new date as yet. The next window is on September 5. But if the rocket has to be rolled back into the warehouse yet again, bringing it back to the launch pad will take a longer time. Artemis’ mission manager said:

“We are going to give the team time to rest, first of all, and then come back fresh tomorrow and reassess what we learned today and then develop a series of options. It’s too early to say what the options are.”

The bottomline: We often forget that the road to success is almost always littered with failures.

New York Times and CBS News have details on the aborted launch. Quartz explains why it is hard to fuel the SLS. Wall Street Journal (splainer gift link) has a brilliant interactive feature on the SLS rocket. Scientific American and BuzzFeed News explain why the Apollo program petered out. Nature has more on the lunar missions of other countries.