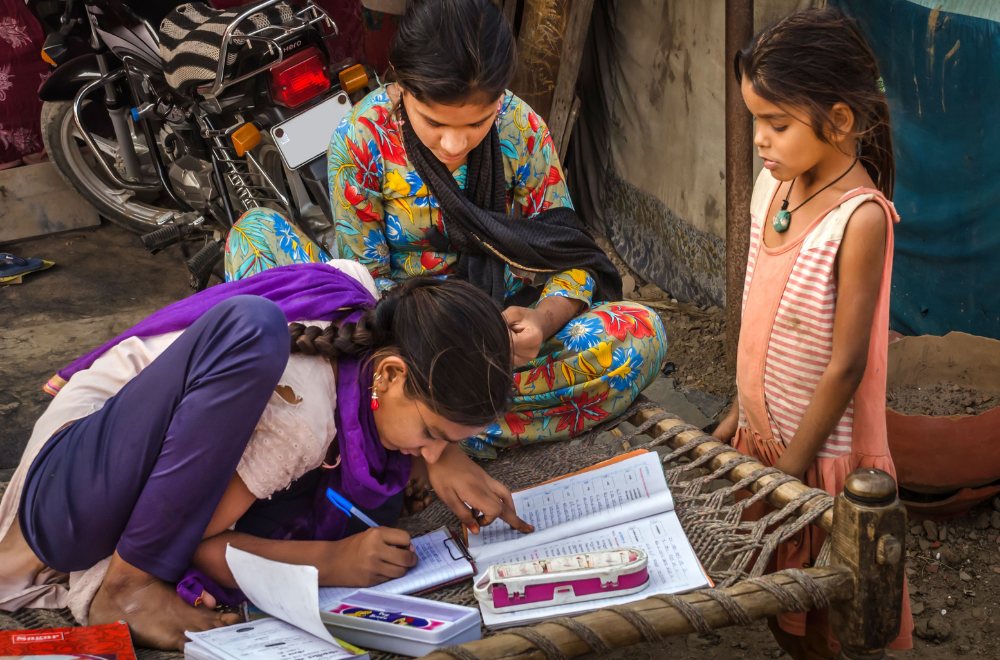 A big rehaul in Indian education: Part One

The government has been engaged in an ambitious rehaul of the Indian education system. In 2020, it rolled out the first National Education Policy since 1986—while making plans to overhaul textbook content. The most recent change was the introduction of a common entrance exam for colleges. We take a look at the NEP in the first of this series.

The National Education Policy—unveiled in 2020—was the third major overhaul since Independence. The previous two big-bang changes were made in 1968 and 1986. The aim is to “have an education system by 2040, that is second to none”—that emphasises vocational skills, critical thinking and multidisciplinary learning.

Also a key aim: Education Minister Dharmendra Pradhan recently declared that NEP is aimed at “decolonising education and achieving aspirations, creating pride in our languages, culture and knowledge”—and championed a “transformative education system rooted in Indian values, thoughts and sense of service.” This cultural goal is often at odds with the push to “modernise” the system—as we’ll see later in the case of Karnataka.

Here are some of the bigger changes—many of which advocate a more liberal, holistic approach to education:

The language clause: The NEP says that until Grade 5—and preferably till Grade 8—the language of instruction should be the child’s mother tongue or the local/regional language. But the instruction is careful to include the phrase “wherever possible.” So it is likely that English-medium private schools will remain an option—and there is no effort to impose Hindi via a three-language formula.

A more liberal education: Students will no longer be forced to choose between rigid ‘streams’ of specialisation—science, arts, commerce—in grades 11 and 12. They are free to pick subjects from other streams. The overall aim is to offer a “multi-disciplinary” and “multilingual” education without distinctions between arts and sciences, curricular and extracurricular activities, and between vocational and academic subjects.

Minimising exam stress: Final exams will no longer be administered every year, but only at the end of grades 3, 5 and 8. Assessment in other years will shift to “competency-based” assessment. As for the big bad boards: “Board exams will be redesigned to make them easier in the sense that they will test primarily core capacities/ competencies rather than months of coaching and memorisation.” Also: a student can take their board exams a second time in order to improve their marks.

A new college education: It proposes a four-year degree program, but with options to exit at the end of each year. Students can get a one-year certificate, a two-year diploma, or the traditional three-year Bachelor’s degree. But the “preferred option” will be an American-style four-year program that enables a “holistic and multidisciplinary education” and lets students focus on their chosen major and minors.

College admissions: The NEP also proposed a common entrance test for all colleges and universities except law, tech and medical colleges—to be administered by the National Testing Agency (NTA). But it was envisioned as optional much like the SATs in the US. This has since become mandatory with the introduction of the Common University Entrance Test (CUET) (more on that in part two of this series).

A key critique: of the four-year program with multiple exits is that it tries to offer four separate learning outcomes via a single curriculum:

“This means that the first year of the FYUP must fulfil the requirements of a standalone certificate course, while simultaneously functioning as the first year of not only a two-year diploma but also of a three-year and a four-year Bachelors degree. The same is true for the second year… As existing syllabi are force-fitted into this format, the most likely outcomes are diluted long courses, or lopsided short courses, or both.”

The problem of implementation

The size problem: India has the second largest education system in the world—with 15 lakh schools, 25 crore students, and 89 lakh teachers. At the higher education level, there are 3.74 crore students in nearly 1,000 universities, 39,931 colleges, and 10,725 stand-alone institutions. So implementation requires the cooperation of all stakeholders—at the state, district and block levels.

The state problem: Now, the NEP is a policy framework—not law—and its implementation really depends on the states. Tamil Nadu, for example, has rejected the NEP, while Karnataka has embraced it with great gusto. Similarly, Madhya Pradesh and Uttarakhand have been very receptive to the policy, while Kerala and Maharashtra have been lukewarm. In other words, political and ideological divides will also play out in how and where NEP is rolled out.

Point to note: The union government has taken a conciliatory attitude—saying it is open to each state adopting its own “methodology”—but that may not solve the problem of “diversity.”

The example of Karnataka: The NEP mandate requires each state to upload its own policy papers—signalling how it plans to implement the framework. These papers also help shape an overarching National Curriculum Framework. But this becomes tricky in terms of execution. For example, Karnataka’s NEP papers include gems like the following:

“Encouraging an attitude of questioning and not merely accepting whatever the textbooks say as infallible truth, with a clear foundation of how knowledge generation takes place and how fake news such as Pythagoras theorem, apple falling on Newton’s head etc are created and propagated.”

Also this: On nutrition, the papers claim “eggs, flavoured milk, biscuits” should be forbidden to prevent obesity and hormonal imbalance”—adding: “The gene-diet interactions indicate what is best for Indian ethnicity, and the natural choice of the race needs to be considered.” It recommends ‘sattvik’ foods like peanuts, sesame laddu/chikki instead.

A ‘Bharatiya’ dilemma: The Karnataka papers also illustrate the problem of making cultural pride a key goal of education. The head of state task force claims, “Pythagoras theorem is not a scientifically established theory”—but also insists:

“Gravity and Pythagoras have roots in Vedic maths. This is an indic-centred approach. A lot of information is there about this on Google. For instance, it is believed that Baudhayan had laid down Pythagoras’ theorem in Vedic texts. This is a viewpoint. You may or may not agree with it.”

Making science a matter of opinion is problematic to say the least. More worrying is the possibility of core concepts being taught entirely differently from one state to another.

The budget problem: The NEP framework assumes that education will account for 6% of the union budget. But government spending has not exceeded 3% for decades—and would require a significant shift in priorities. And the education budget actually dropped by 6% in 2021-2022—compared to last year.

The bottomline: There are many laudable aspects of the NEP, but the devil is always in the execution—which becomes more apparent when we see what’s happening with textbooks and the common entrance exam in the next instalment.

The Hindu has a good explainer on the NEP. ORF looks at the problems in implementation—while praising the policy. Disha Nawani in Indian Express critiques its approach to learning, and argues it puts poor kids at a disadvantage—while Satish Deshpande lays out the problems with the four-year college degree. Feminism in India is worried about the emphasis on local languages. Deccan Herald has more on the plan to make India a destination for international students. The Quint and Firstpost have the most details on Karnataka’s position papers.