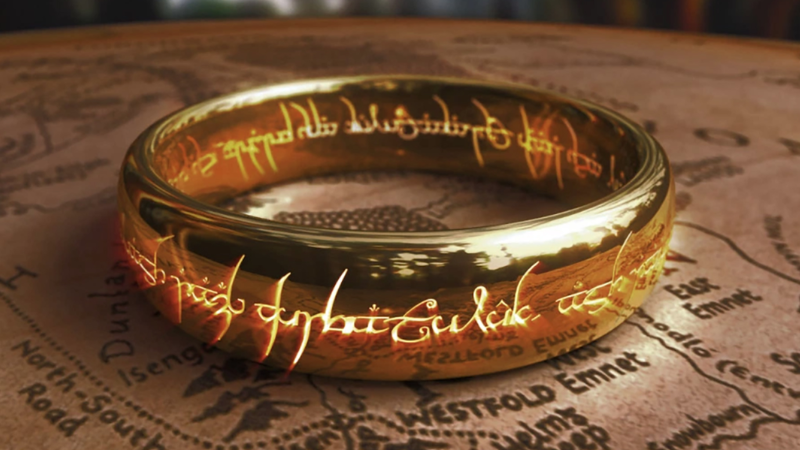 The leader of the hard right party, Brothers of Italy, is poised to become the next PM—which is spooking most of Western Europe. More interestingly, her ascendance has cast a spotlight on the cult of Tolkien among Italian fascists—who consider the ‘Lord of The Rings’ a sacred text. Umm, why?


Editor’s note: We laid out the political landscape in Italy—and the circumstances leading up to Meloni’s win in this Big Story.

Wait, what happened in Italy?

While her victory has not yet been sealed, exit polls show that the rightwing coalition led by Giorgia Meloni is leading by a wide margin. They may win as much as 45% of the vote—making her the likely prime minister. The Brothers of Italy will be the biggest party in Parliament with 22-26% of the vote—with a clear majority in both houses. She will be Italy’s first far-right leader since World War II—and the first woman to hold the office.

A victory for the hard right: The Brothers of Italy has its roots in post-war Italian fascism. While Meloni has done her best to distance the party—and herself—from those origins, her views are hardly mainstream. An observer of Italian politics says:

“What she’s trying to do is to both say she’s a traditional conservative but at the same time put within that frame ideas that are conspiracist, extreme and fascistic… Meloni is widely presented as the party’s face of moderation, because she’s a mother and can speak in cordial terms with other politicians, but she herself promotes white nationalist ideas.”

Meloni’s ideology: is best summed by her own words:

"Yes to the natural family, no to the LGBT lobby, yes to sexual identity, no to gender ideology... no to Islamist violence, yes to secure borders, no to mass migration... no to big international finance... no to the bureaucrats of Brussels!"

She’s also warned of a left-wing plot to “finance the invasion to replace Italians with immigrants”—and praised Italy’s most famous fascist, Benito Mussolini: “Everything he did, he did for Italy—and there have been no politicians like him for 50 years.” Though she recently agreed that he had been bad for Italy.

Video to note: In many of her speeches, Meloni has screamed: “I am Giorgia, I am a woman, I am a mother, I am Italian, I am a Christian.” Two DJs mockingly set it to a catchy beat—and it went promptly viral:

FYI, Meloni happily embraced the track and titled her autobiography, ‘I am Giorgia’.

Why Europe is worried: Italy is one of the founding nations of the European Union and a member of NATO. The EU is also in the midst of a severe cost-of-living and energy crisis—compounded by the confrontation with Russia over Ukraine. Meloni’s little comfort and here’s why:

Point to note: Meloni has worked very hard to portray herself as a moderate—and signal that she has no plans to take a hardline. But her greatest threat may lie among her own rightwing allies—which includes “parties led by Silvio Berlusconi and Matteo Salvini, two untrustworthy men with a record of tricky relations with Brussels. Both have plenty of reasons to clash with Ms Meloni, who will have stolen a crown each thinks should be his.” FYI: Italy has had 30 prime ministers and more than twice that many governments since 1946.

Ok, tell me about this Tolkien angle…

Meloni is a devotee of JRR Tolkien and the ‘Lord of The Rings’. She once said:

Point to note: Meloni loves all kinds of fantasy references and lore. She visited an international comics fair in Rome and clambered on to a dragon—offering her best ‘Game of Thrones’ imitation of Daenerys Targaryen. She tweeted out a pic, declaring: “We are ready for the battle of the Europeans.” See her rousing performance below:

History of Camp Hobbit: Meloni discovered a home in the Italian Right as a lonely and overweight teenager. Fascist politics also dovetailed perfectly with her adolescent love for Tolkien.

After World War II, fascists found a home in the Italian Social Movement (MSI). But by the 70s, the younger generation of fascists was impatient with the old guard—and turned to mythology to craft a ‘New Right’. They found their bible in Tolkien’s LoTR—which was first translated into Italian in 1971. And in 1977, they held the first “fascist Woodstock, a two-day ‘back to nature’ retreat organised around the celebration of Tolkien’s work.” It was called ‘Camp Hobbit’:

“Held in the oppressive heat of July, among the rolling hills of southern Italy, Camp Hobbit was equal parts music festival, Tolkien seminar, and anarchist commune. ‘A stage covered with musical instruments and amplifiers, a colorful tent city, stalls selling posters, trinkets, books and t-shirts,’ recorded one diarist. It was Occupy Wall Street meets the Glastonbury music festival, but the specter of fascism was not far away.”

Point to note: In her memoir, Meloni recalls fond memories of her time at a new iteration of the camp in the 90s. She called it a “political laboratory”—where she sang, discussed culture and books. The anthem of choice: ‘Tomorrow Belongs to Us’ by the band Fellowship of the Ring—inspired by a song sung by a member of the Hitler Youth in the movie ‘Cabaret’. See the original ‘Tomorrow Belongs to Me’ below:

Why Tolkien?? Where Nazism embraced science and modernity, the New Right was nostalgic for the distant past:

“The central claim of the New Right was that they were not your father’s fascists, and not to blame for the horrors of Nazism. They were your grandfather’s fascists, better, your great-great grandfather’s, fascists who still worshipped the pagan gods and yearned for simpler times of cultural homogeneity and ethnocentrism… For Italy’s disillusioned youth, Tolkien’s books seemed to affirm the noble struggle of traditional societies against the encroaching menace of industrialization, progressive politics, and groupthink.”

Or as one of the organisers of Camp Hobbit put it: “Looking to the future, let us evoke from Tolkien’s fairy tales those images that enrich our imagination … We are inhabitants of the mythical Middle-earth, also struggling with dragons, orcs, and other creatures.”

“She said she had learned from dwarves and elves and hobbits the ‘value of specificity’ with ‘each indispensable for the fact of being particular.’ She extrapolated that as a lesson about protecting Europe’s sovereign nations and unique identities… Ms Meloni’s supporters have interpreted her calls to defend Italy from mass migration—and the replacement of native Italians by invaders—as a battle cry to protect Middle-earth.”

The bottomline: We’re not going to wade into the debate over whether Tolkien was fascist/racist himself. But suffice to say, any world—real or imagined—that is divided into Good vs Evil lends itself to demonisation of the other. It is one reason we prefer the moral complexity of the Mahabharata as opposed to the self-certainty of the Ramayana.