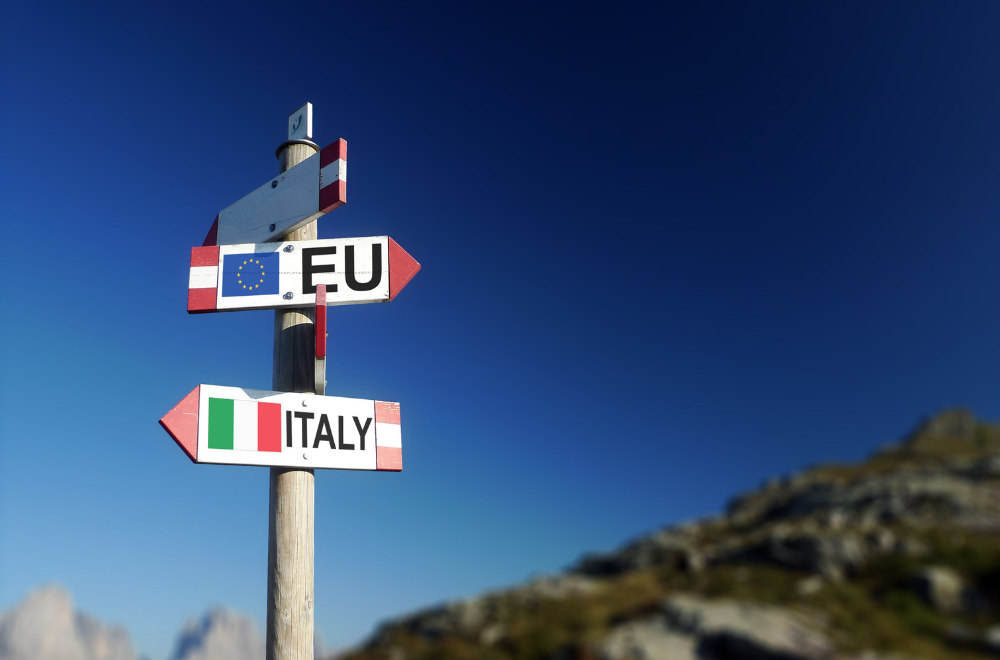 Prime Minister Mario Draghi was forced to resign—after the coalition supporting him collapsed. Now, you may not be that interested in Italian politics, but the leader who replaces him—likely a far-right leader—may throw the EU into total disarray–right when it is most vulnerable.


First, an introduction to Draghi

First, some background: Born into an affluent family—but with a difficult childhood—Draghi has always been seen as “serious” and “reliable.” Armed with a doctorate from MIT, he rose to the highest ranks of the Italian Treasury—and became the governor of its central bank in 2006. But he is best known for leading the EU’s top financial institution—the European Central Bank—out of its most difficult period:

“His eight-year term (2011-19) coincided with a double-dip recession, the near-insolvency of several large nations (including Italy), and the perma-threat of Greece’s debt crisis. For a while, it looked like some combination of the multiple emergencies might pull the euro zone apart.”

Draghi’s success in saving the euro earned him the nickname ‘Super Mario’.

Saving Italy: Draghi was appointed Prime Minister in February, 2021, to head a unity government—and rescue the country from a severe political crisis. The coalition government headed by Giuseppe Conte lost its majority. President Sergio Mattarella then asked the former ECB chief to step in—even though he doesn’t belong to any political party. Mattarella’s logic:

“[H]e badly wanted to avoid a protracted campaign season and a lame-duck government, particularly given the urgency of the pandemic. Italy will soon receive a windfall of recovery money from Europe, and Mattarella felt like Draghi—an economist with years of training as a crisis-fighter—could manage that spending more competently than others.”

Draghi’s record: Over the past year, Draghi became widely popular for his role in steadying the economy—at a time when Europe has been thrown into crisis by the Ukraine war:

“Under his technocratic stewardship, Italy engaged in an initial reform spurt tied to an effort to spend European Union recovery cash sensibly. The economy grew in the first quarter of this year faster than economists predicted and outpaced its European peers in the second quarter.”

And the country is now eligible to receive about $204 billion of grants and loans—which is “no small task in a nation known for failing to spend, or for badly spending European funds in the past.” But none of this was sufficient to keep his unwieldy coalition together.

The fall of Mario Draghi

We’re not going to dive into the murky and complicated details of Italian politics. Suffice to say, the country has been severely divided since the exit of the infamous Silvio Berlusconi in 2011. Successive coalition governments have fallen—and Draghi’s is just the latest.

The trigger: in Draghi’s downfall is the Five Star Movement (M5S)—led by former PM Conte. It emerged as Italy’s largest party in the 2018 elections—riding a populist wave of anger at corruption. 5-Star presented itself as “the champion of onestà (honesty) and clean politics, and whose raison d’être has been the rejection of political compromise and collusion.” But it has no clear ideology—left or right. So it’s a bit like the Italian version of AAP.

Having failed to hold on to power, the party agreed to join the broad coalition supporting Draghi. But it has been increasingly unhappy—and finally pulled the plug. The reason for its restlessness, however, has little to do with Draghi. 5-Star has lost more than half of its support over the past year—and suffered a split within its ranks. And Conte may be gambling on a snap election to revive its fortunes.

Also playing a key role: Silvio Berlusconi, the billionaire former PM who leads the centre-right Forza Italia party. Urged on by Berlusconi, rightwing members of the alliance—Forza Italia and the League—used 5-Star’s exit to demand a rehaul of Draghi’s agenda. When Draghi called a crucial confidence vote in parliament yesterday, the two rightwing parties joined 5-star in boycotting the vote. Draghi resigned soon after.

Quote to note: Foreign Minister Luigi Di Maio—who recently quit 5-Star—accused Italy’s parties of “playing games with the future of the Italian people. The effects of this tragic choice will remain in our history.” And most ordinary Italians agree: “The fact that there is yet another government crisis only certifies the umpteenth inability of our politicians to govern for the people, and instead govern only for themselves.” Yes, all of it sounds exactly like our own neta tamasha.

Coming up next: A far-right government?

The president has now called for a snap election on September 25—the first autumn national election for more than a century in Italy. It comes at a time when the country is reeling from severe droughts, rising energy prices, the Ukraine war and inflation.

Favoured to win: the rightwing Brothers of Italy—led by Giorgia Meloni—who may become the country’s first woman prime minister. The party was not part of the ruling coalition—and polled only 4% in the last 2018 election. But its popularity has since soared to 22%—and is now Italy’s largest party. An analysis of recent opinion polls show a rightwing bloc—of Matteo Salvini's League party, Silvio Berlusconi's Forza Italia and Giorgia Meloni's Brothers of Italy—scoring majorities in both the lower and upper houses.

Also this: It will be worse if the left and centre-left parties fail to put on a united front, which is likely given 5-Star’s defection. In that scenario, the rightwing bloc could sweep 60% of the vote—an unprecedented landslide in Italian history.

The EU fallout: If the rightwingers win, the biggest beneficiary may be Russian President Vladimir Putin:

“Matteo Salvini, the leader of the far-right League Party who has made many trips to Moscow, famously posted a selfie of himself wearing a t-shirt adorned with Putin's face from the city's Red Square prior to the invasion. And Putin ally Silvio Berlusconi, who also sits in the centre-right coalition, could rattle the Western European alliance.”

More importantly, the leaders of these parties are Euro-sceptics, and likely to distance themselves from the EU.

But, but, but: Meloni herself has been a strong advocate of Ukraine—and softened her anti-EU line. Also, it is unclear how popular anger at Draghi’s exit will play out. From the Catholic Church to the media, the outrage at the “sabotage” has been near-unanimous. And many Italians have taken to the streets pleading with Draghi to stay on. As one analyst notes: “Italian politics has become very fluid; voters change their minds very easily. Parties are very weak as well and there's a big deal of fragmentation.”

The bottomline: What happens in Italy will not stay in Italy.

CNN and Al Jazeera offer good overviews of the resignation and the lead up. Bloomberg News has more on the broader economic implications—for Italy and the EU. Associated Press looks at the fallout of Draghi’s exit. BBC News and Reuters analyse the outcome of the elections ahead.