The three member committee appointed by the Supreme Court to supervise the All India Football Federation has been disbanded. This meets the key demand of FIFA—which has strict rules against “third party intervention” into the sports’ governing bodies. The Court has also acceded to other FIFA requirements including its cap on the number of eminent players in the voters roll for the upcoming AIFF elections—which now will be held a week early. Indian Express has more on the SC order and our Big Story explains the complicated battle between FIFA and the Supreme Court.

This is what will give you cancer

A new study published in The Lancet is the first to estimate the extent to which 34 risk factors contribute to cancer deaths. The worst of the lot: smoking, alcohol use, and a high body mass index (BMI)—which together account for 4.45 million a year—or 44.4% of all cancer deaths across the world. The leading cancers caused by risk-taking lifestyles: tracheal, bronchus and lung cancer—which accounted for 36.9% of all deaths

Twitter has taken Elon Musk to court to force him to make good on the deal to buy the company. The legal battle is expected to be bitter—and may include all sorts of embarrassing revelations for some of Musk’s closest friends. For example, Musk’s lawyers have now sought to subpoena Twitter founder and former CEO Jack Dorsey. They want “documents and communications from Dorsey regarding how Twitter detects, labels and counts fake accounts, and how it uses daily active users as a key metric in its financial disclosures.”

Starting August 24, Indian students can begin applying for a visa to resume their studies—after a two-year hiatus. This is a big deal for the more than 23,000 Indian students who enrolled in Chinese universities back in 2019—and were banned from travelling due to the pandemic. But the announcement doesn’t resolve all the hurdles blocking a return. Students need a “certificate of returning to campus” for their visa applications—which some universities are refusing to issue. (The Hindu)

Researchers have developed artificial leaves that turn sunlight and water into clean fuel. Even better, they are ultra-thin and can float on water—and therefore don’t take up space on land. Why this matters:

“This is the first time that clean fuel has been generated on water. If it were scaled up, the artificial leaves could be used on polluted waterways, in ports, or even at sea, and could help reduce the global shipping industry’s reliance on fossil fuels.”

You can see how they work here. (SciTechDaily)

In more unhappy news about leaves: The UK is experiencing a ‘false autumn’ due to drought and heat waves. Trees are going into “survival mode, with leaves dropping off or changing colour as a result of stress.” (BBC News)

Q Scores is a widely recognised ranker of star power and appeal—and its latest report threw up some interesting results. After smacking Chris Rock at the Oscars, Smith’s positive score went from a 39 to a 24—while his negative rating went up from less than 10 to 26. Q Scores calls this a “a very significant and precipitous decline.”

But it’s not exactly surprising. More notable is the far greater damage to his wife Jada Pinkett Smith’s scores whose positive rating fell from 13 to six, and negative score jumped from 29 to 44. Also interesting: Johnny Depp’s scores have remained consistently high at 35. (The Guardian)

Africa’s highest mountain now has wifi—so all the Instagram junkies can share their adventures in real time. Right now, internet connectivity is available at 12,450 feet above sea level—but by the end of the year, Uhuru peak—which is 19,291 feet above sea level—will be fully wired, as well. The other minor upside: mountaineers who get lost in the mountain can now get help. (Futurism)

Jadavpur U gets creative

The Kolkata university is getting every bit as creative as US colleges in its admissions test. Students applying for the Bengali Lit program can write about anything—be it a song that makes them melancholic or their favourite comics characters. And the reasoning is just as lovely:

“We didn’t want to see who had more theoretical knowledge. Rather, all of us (professors of the Bengali department) decided to look for candidates who are creative, can think independently and can write…We could have easily asked questions on a specific poem by Rabindranath Tagore or Sukumar Ray. But, what if a student from a remote village does not have access to Rabindra Rachanabali or Pagla Dashu? Should he or she not appear for the exam?”

One: Optometry students at AIIMS have found an unusual way to protest the death of a first-year student—Abhishek Malviya. He was denied ambulance services because he did not live in the hostel.  Their core issue: these paramedical students—who do courses adjacent to core medical fields—are supposed to be provided with hostel accommodation. They instead are forced to live far away from AIIMS—which is also the reason why Malviya died. So they are on a relay hunger strike and using donation boxes to raise money for a hostel. According to them, the hostel superintendent said: “Leave your course or die. Do whatever you want to do. You won’t get a hostel.” (New Indian Express)

Two: Last week, nine wolves escaped from a Canadian zoo—after someone deliberately cut them loose. All of them have been recovered except for one female found dead on the side of the road—and a one-year-old pup named Tempest. She has finally been recovered, safe and sound. You can see her happy reunion with the pack below. (BBC News) 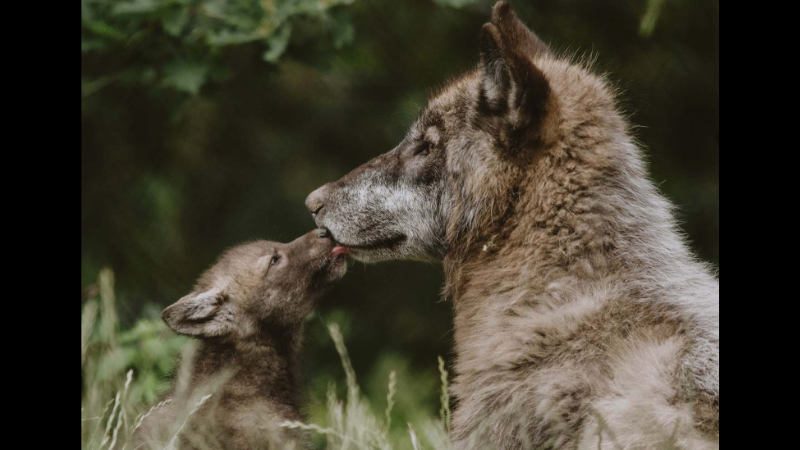 Three: Meet the winner of the USA Mullet Championships this year—a lovely eight-year-old named Emmitt Bailey—who beat 688 other contestants. On winning the title, Bailey said: “It’s awesome…[i]t’s cool that so many people tell you that you got sweet hair.” (Buzzfeed News) 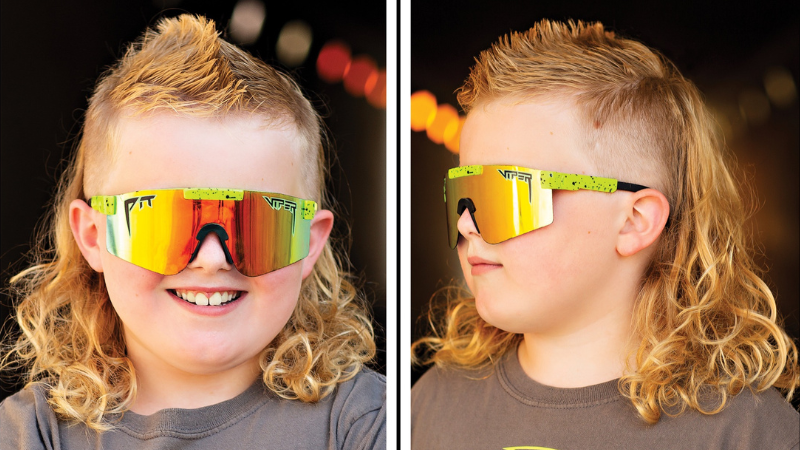