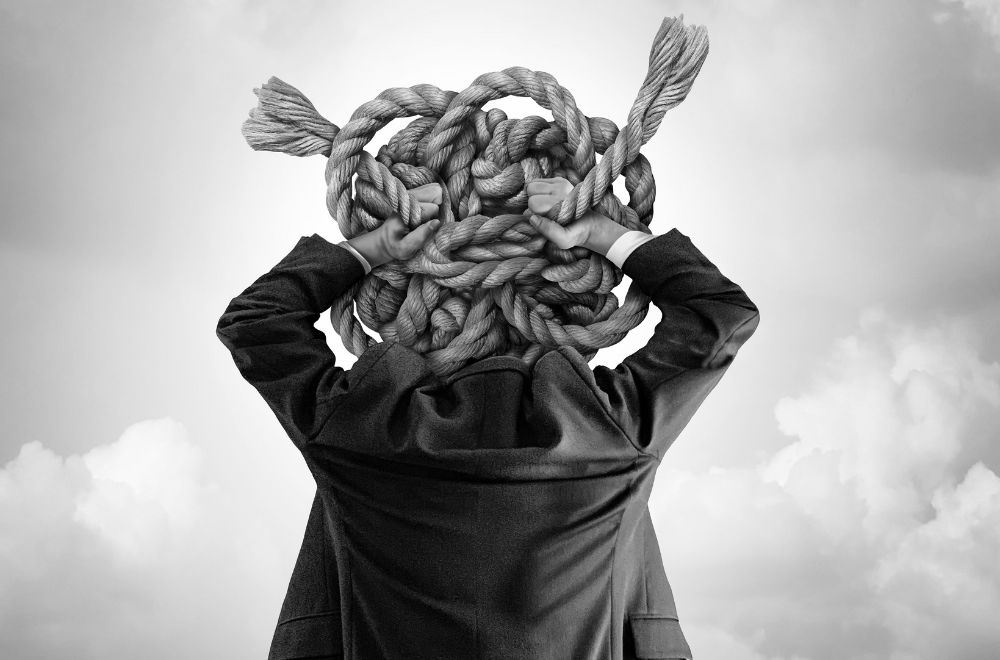 How does what we eat affect how we feel? A number of psychiatrists are now using food to help patients suffering from mental health disorders. While we’ve long understood that our brain is connected to our gut, it’s astonishing how little is known about how it works.

What is nutritional psychiatry?

In essence, it uses what we know about the impact of nutrition on the brain to treat patients suffering from a range of disorders:

The diet recommendations don’t replace traditional forms of treatment—like medication or talk therapy—but are used to supplement them.

Not a new fad: Back in the early 1900s, George Porter Phillips was among the first doctors to hypothesise a connection between diet and moods:

“Phillips had observed that his patients with melancholia often suffered from severe constipation, along with other signs of a ‘general clogging of the metabolic processes’ – including brittle nails, lustreless hair, and a sallow complexion. The natural assumption might have been that the depression had led to those physiological problems, but Phillips wondered if the arrow of causation instead pointed in the other direction.”

So Philips put his patients on a diet without any meat except fish. He also gave them kefir—a fermented milk drink—which contained the lactobacillus bacteria, a microbe that was already known to help with digestion. And, voila, 11 of his 18 patients were fully cured—and two showed significant improvement.

Key data to note: Larger observational studies show that strict vegetarians and vegans may have somewhat higher rates of depression and eating disorders. So they may need to take supplements to fill the gaps: “Some of the key nutrients for the brain, like long chain omega 3 fatty acids and vitamin B12, are simply not found in vegetable-only diets.”

Say hello to the gut-brain axis

First, what is ‘the gut’: It’s the part of our body that breaks down the food we eat—and allows the nutrients to enter our bloodstream and nourish the body. Each part of the gut—from the oesophagus to the bowel—has a different job and different colonies of microbes. In fact, our “microbiome” is made up of nearly 40 trillion live microorganisms, mainly bacteria.

A bad ‘gut’ epidemic: Our unhealthy diets inevitably lead to poor gut health—and digestive problems around the world. In the US, 60-70 million people suffer from the same. While there is no comparable data for India, a 2021 survey found that over 50% of Indian families reported having similar issues—the top three being gas, acidity, and indigestion. An unhealthy gut can lead to infections, affect your body’s ability to fight cancer, weaken the immune system, and lead to inflammation in joints and muscles.

The gut-brain axis: We all experience emotions in our stomach—not just our heads. Strong emotions like anger, anxiety, sadness, elation give us  “butterflies in the stomach” or “gut-wrenching” pain or make us “nauseous.” That’s because of a number of reasons:

One: The gut is made up of as many nerves as your spinal cord—and has a direct connection to the brain: “Its nerve endings talk to your brain and your hormones to regulate your mind and sense of well-being.” And research shows that these chemicals may be able to pass through the blood-brain barrier that typically keeps our brain isolated from the rest of the body.

Two: The microbes in your gut produce many of the same chemicals—like dopamine, serotonin, and gamma-aminobutyric acid (GABA)—that are secreted by neurons to regulate our moods. Almost 50% of dopamine and a vast majority of serotonin originate in the intestine and are responsible for appetite, such as feelings of being full when you eat. A number of studies have also shown that mice with behavioural disorders have significantly different microbes than healthy mice. A Norwegian study of human faeces showed the same for people with depression.

Three: Certain kinds of microbes protect the gut wall—to prevent its contents from spilling directly into the bloodstream. When you have a ‘leaky gut’, it triggers the release of cytokines—proteins that increase the blood flow around sites of infection. Cytokines, in turn, can lead to low moods and lethargy—and depression in the long run.

Four: There is a two-way relationship between your brain and your gastrointestinal tract. Intestinal distress can cause depression, anxiety or stress. Vice versa, mental health disorders can result in a distressed gut—altering movement and contractions of the GI tract. Also this: people with GI tract problems perceive greater pain when they are stressed.

“No single species appears to be responsible for these effects; instead, it appears to be the overall ratio of the different families of the microbes that matters, with the gut microbiomes of depressed and anxious people showing less overall diversity than individuals without mental health problems.”

Also this: Each person’s microbiome is unique—and the exact composition between any two individuals only overlaps by around 10%. So there is no silver bullet that will cure us all. As one of the earliest pioneers in this research explains:

“What we’re trying to understand are the mechanisms by which the microbiota can influence the brain and development. If you believe that, are you now out on the precipice? The answer is yes. Do I think it’s the future? I think it’s a long way away.’’

The bottomline: As one doctor bluntly puts it: “We’re not at the point where we can use diet as therapy… I think we’re just on the new frontier...” OTOH, here’s what we do know: A healthy diet is good for every part of your body—including your brain. So the next time you’re feeling blue, reach for something fresh and green—as opposed to that tub of ice cream:)

BBC News has the best piece that summarises the research. New York Times (splainer gift link) looks at the practice of nutritional psychiatry. Want to know what to eat to improve your mood? Bon Appetit offers a handy guide. LiveScience offers a useful overview of gut health.