As you may know, the former president took boxes of classified files with him when he left the White House. Last month, the FBI raided his Mar-A-Lago property in Florida—and recovered 20 boxes of highly sensitive material. Trump has since challenged the raid—demanding an independent review of seized documents. In response, the Department of Justice filed a lengthy and damning response. In essence, Trump’s lawyers lied to the DoJ—claiming they had turned everything over. And yet the FBI found nearly 100 classified documents in just hours. The DoJ also dutifully attached a damning photo like so: 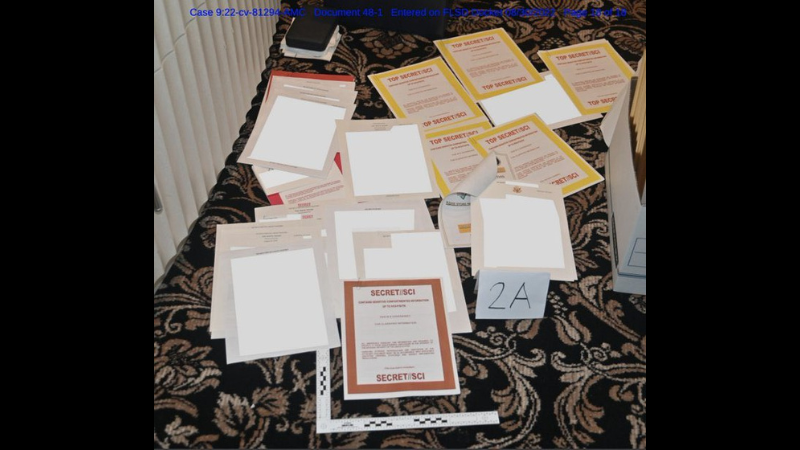 Also worth noting: Some of this material was so sensitive that “even the FBI counterintelligence personnel and DOJ attorneys conducting the review required additional clearances before they were permitted to review certain documents.” Washington Post has more on the raid. New York Times explains why Trump just did the US government a big favour.

The life expectancy of the average American has dropped by three years—from 79 to 76—over just two years. It is the sharpest drop in nearly a century. The worst hit: Native Americans and Alaskans—who have witnessed a decline of nearly 6.6 years, bringing their life expectancy to 65.

Yes, the pandemic is one reason for this nosedive—but also accidental deaths, drug overdoses as well as deaths from heart disease, chronic liver disease and cirrhosis. Why this is remarkable to experts: “Even small declines in life expectancy of a tenth or two-tenths of a year mean that on a population level, a lot more people are dying prematurely than they really should be.” (New York Times)

Thanks to a tech glitch, the newly launched airline’s login and sign up tool exposed data like names, gender, email addresses and phone numbers of some passengers. The flaw was first exposed by a cybersecurity expert—and later acknowledged by Akasa—which apologised and claims to have fixed the problem. (The Hindu)

In other airline news: Italy’s national airline Alitalia may soon be owned by a private equity fund backed by Air France-KLM and Delta Air Lines—who beat out Lufthansa in the competition to acquire a majority stake. (Reuters)

Also being acquired: Good old Campa Cola—which is being bought by Reliance for Rs 22 crore. The brand relaunch will also include lemon and orange variants. Another drink being snapped up by Reliance: Sosyso. (The Telegraph)

Long term use of oral or inhaled glucocorticoids may not be good for your brain—and can reduce white matter. These are a type of steroid used to curb inflammation in asthma and other autoimmune disorders. The result: this can “slow the brain's ability to process information, pay attention and remember. Lower levels of white matter have also been connected to psychiatric issues such as depression, anxiety and irritability.”  That said, white matter usually repairs itself once you go off the steroids.

Point to note: Inhaled steroids for asthma (example in India) should not be confused with quick-relief inhalers—which contain non-steroid medications that relax the muscles in the lungs, such as albuterol, levalbuterol and pirbuterol. Also: inhalers cause far less damage than chronic use of oral steroids. If you’re concerned, we encourage you to read more details over at CNN.

India scores at the Asia Cup

The team finished its Group ‘A’ phase of the cricket tournament with an easy 40-run win over Hong Kong. We’ve now gone through to the ‘Super Four’—i.e. the quarterfinals. Virat Kohli scored a tentative if respectable half-century. His bowling stint—the first in nearly six years—was the bigger highlight. The Telegraph has more on Suryakumar Yadav’s stellar knock. (The Hindu)

We can’t stop Greenland from melting

A new study shows that the Greenland ice cap is going to melt—doesn’t matter what we do. Even banning fossil fuels overnight won’t stop a minimum 27 centimetre rise in sea levels—caused by 110 trillion tonnes of ice melting in the region. The even grimmer news: the estimate is most likely conservative, according to the study’s lead, “It is a very conservative rock-bottom minimum. Realistically, we will see this figure more than double within this century.” (The Guardian)

Closer to home: There is equally sad news about the 404 trees that were transplanted as part of the Central Vista project (explained here). Only 30% of them have survived—contrary to the claim of government authorities who insist they have saved 66%. Good to remember: 2,400 trees were felled to make room for the same project. See the wrenching ‘before’ and ‘after’ images below. (Indian Express) 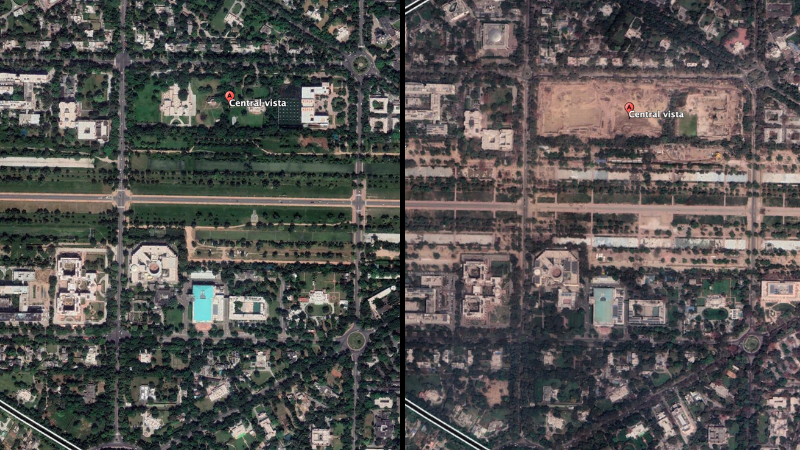 New research shows that male dolphins can form lifelong bonds with one another—and it is actually very good for them. Groups of dolphins even have alliances with each other—which is astonishing since “it had been thought that cooperative alliances between groups were unique to humans.” And yes, as with many things in evolution, this has to do with getting laid:

“What happens as a male, you might be in a trio, herding a female. And if someone comes to take that female, the other males in your team and your second-order alliance come in and help you. These males have a very, very clear idea of who is in their team.”

Why this is interesting: dolphins and humans both have the largest brains relative to their size. This supports the “social brain” hypothesis—which argues that mammal’s brains evolved to become bigger to keep track of their social interactions and networks. (The Guardian)

Battle of the murder mystery queens

McDermid happily has the right attitude. She called the entire thing “astonishingly pitiful” and now calls herself the "quine of crime." (BBC News)

Also feeling lawsuit-happy: A former Vanity Fair employee has sued Netflix for the way she was depicted on ‘Inventing Anna’—the series about a Russian scamster who took fabulously wealthy folks in Manhattan for a ride. In real life, Rachel Williams was scammed out of $62,000 by Anna Sorokin. But what is really making her unhappy:  Netflix portrayed “her as a greedy, snobbish, disloyal, dishonest, cowardly, manipulative and opportunistic person.”

FYI: Williams wrote a wildly popular essay on her experience with Sorokin for Vanity Fair—and optioned her story to HBO, but sadly, that project fell through. OTOH, Netflix opted into Sorokin’s life rights. But more importantly, this, according to her lawyer:

“We don’t challenge Netflix’s right to include a lying, sponging, cowardly snob in their series, but they should have given the character a fictitious name and made sure that no one thought it was Rachel.”

One: India’s cricket victory against Pakistan in the Asia Cup on Sunday resulted in the same old bs—except the jingoistic crap happened not in India or Pakistan, but in Leicester, UK. The police are now investigating videos—like the one below—that show "racist and hateful chanting.” (BBC News)

Two: A Nebraska man set an unusual Guinness record on his 60th birthday—by paddling down a river in a 846-pound pumpkin for 61 km (38 miles) in the Missouri River. Yes, this is the longest distance ever travelled in a pumpkin boat.  FYI: he’s still waiting on Guinness World Records to validate the feat—but this clip is good enough for us. (USA Today)

Three: Bangalore is under water thanks to insane amounts of overnight rain—with folks using rafts to get around in certain parts of the city. Nope, this isn’t about climate change but really crap city planning, as urban development planning expert Raj Bhagat demonstrates below. What it shows:

“Visual shows built-up growth over valleys in #Bengaluru around RMZ Ecospace in outer ring road & Rainbow drive in Sarjapur Road. With every road and plot acting as dams/blocks, surface water flow (arrow marks) has been severely affected causing flooding/stagnation in these areas.”

See the compelling infographic he shared below:

Four: Folks are agitated over a clip of a group of people smoking hookah—while they grill chicken—as they float down the Ganga. Apparently, the location is somewhere close to a temple. In any case, the UP police have promised to track them down. What we want to know: are there actual laws on the books that ban eating meat on specific rivers? (NDTV)

Five: The trailer for Netflix's upcoming movie ‘Jogi’—starring Diljit Dosanjh—is dark and gripping. It is one of the rare movies to focus on the 1984 anti-Sikh violence in Delhi—the most recent being the TV series ‘Grahan’, which looked at a police investigation into the killings. (The Quint)