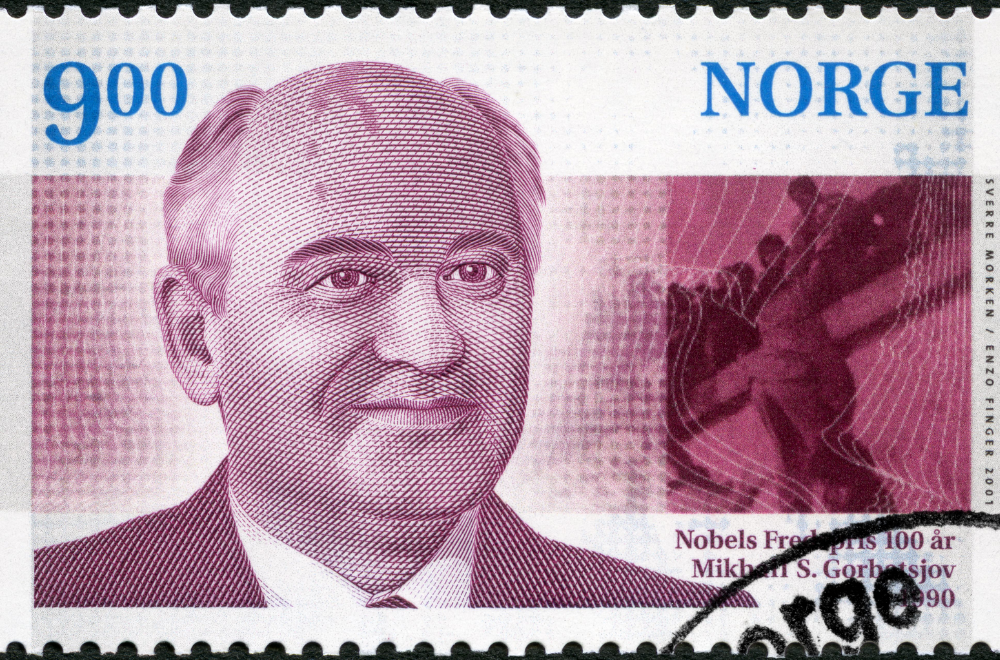 The end of an era: Farewell, Mikhail Gorbachev

The former Russian leader—who brought an end to the Cold War and the Soviet Union—died at the age of 91. We take a look back at a rare leader who changed the course of history—and whose legacy is all the more relevant now that another Cold War appears to be round the corner.

Early years: He was born into a peasant family in 1931 in rural Russia. Both his grandfathers were imprisoned by Joseph Stalin—one was tortured while the other was sent to Siberia. Those early doubts about the authoritarian communist government grew when he became a student in Moscow State University:

“[A] contemporary with whom he shared rooms, the Czech Zdenek Mlynar, remembered that a favourite Gorbachev phrase came from Hegel: ‘Truth is always concrete.’ He used the expression to highlight the gap between what lecturers said about Soviet life and the reality on the ground.”

But, but, but: When Stalin died, Gorbachev spent all night queuing to see his body lying in state. Also this:

“Fellow students recalled him as self-confident, forthright and open-minded, but also quite capable of unscrupulous scheming. In one instance, according to Time magazine, he got himself named Komsomol organiser for his class by getting his predecessor drunk and then denouncing him at the next day’s meeting.”

That internal contradiction would prove to be his undoing in the end—and marks his legacy as a great world leader.

Something to see: The photo below is of him in a school play in the 1940s: 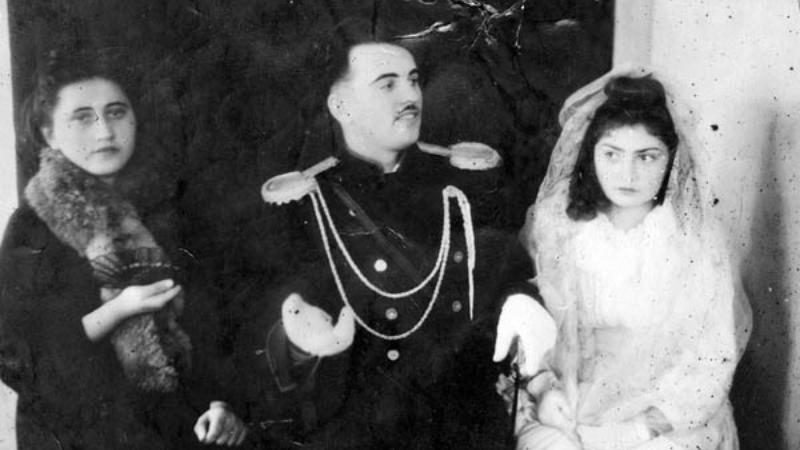 The love story: As you can see, Misha was a bit of a looker in his days: 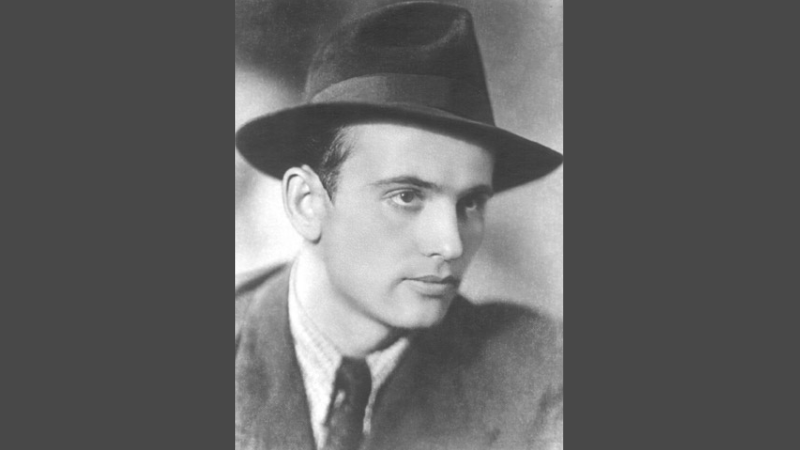 As a college student, he met the dazzling and far more sophisticated Raisa Maximovna Titarenko at a ballroom dancing class—and fell instantly in love. She was less impressed:

“‘Our first meeting had not impressed Raisa at all,’ he [Gorbachev] wrote. ‘She seemed calm and indifferent—judging by the look in her eyes.’ Not much later, at an impromptu party staged by Mr. Gorbachev's roommates for Raisa and her friends, ‘I wanted to impress her,’ he wrote, but ‘I think I made a terrible fool of myself. She was reserved and was the first to suggest breaking up the gathering.’”

Yet, he persisted and finally won her over—and they married in 1953, the year Stalin died.

Life with Raisa: While the couple had a daughter soon after marriage, she went on to get a PhD in philosophy and remained a lecturer—until her husband took over the Communist Party in 1985. Unlike her predecessors, she was a glamorous first lady with a mind of her own—which didn’t make her popular with many Russians who thought she “was too pushy, too flashy and too influential.” When she died of leukemia in 1999, Gorbachev said: "In the worst moments I was always very calm and balanced. But now that she's gone—I don't want to live. The central point in our lives is gone.” 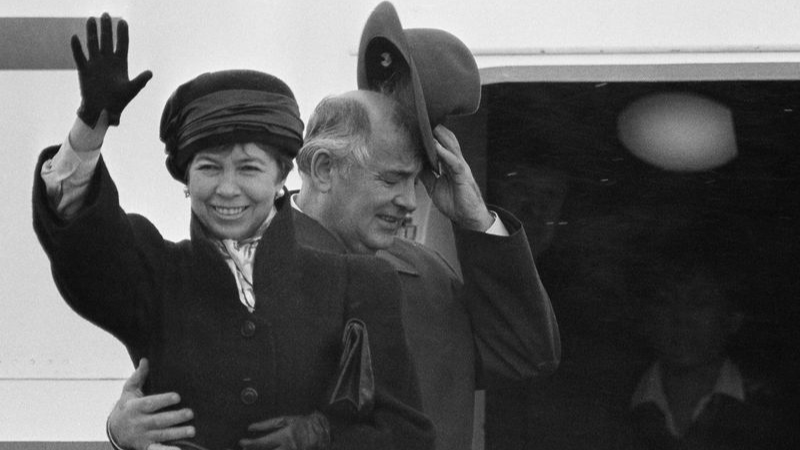 The rise and fall of Gorbachev

The years of ascendance: After his Moscow years, Gorbachev returned to his rural roots in Stavropol—where he soon became party chief. He also acquired a powerful mentor in KGB head Yuri V Andropov—and rubbed shoulders with the party elite. There was a remarkable moment in 1978 when Gorbachev was at a meeting with then President Leonid Brezhnev, Politburo member Konstantin U Chernenko and Andropov—all of whom would rule the Soviet Union in succession. Soon after, Gorbachev was put in charge of Agriculture—making him at 40, the youngest member of the powerful central committee.

Andropov’s man: Back in Moscow, Gorbachev now had a ringside view of a Soviet Union tailspinning toward catastrophe:

“Hardly any effort had been made to conceal rampant official corruption. Mr. Brezhnev was old and ailing. His relatives were under investigation for shady dealings. The bureaucracy was bloated. Wages were low; people stood in lines at stores when they were supposed to be working, often finding nothing to buy. ‘They pretend to pay us,’ the slogan went, ‘and we pretend to work’.”

And then there was Brezhnev’s ill-fated decision to invade Afghanistan in 1979—without consulting the Politburo.

Tsar of USSR: Andropov did his best to counter the worst of the Brezhnev effect—with his trusty lieutenant by his side. Gorbachev may have remained Andropov’s man for decades, except a fortuitous series of deaths put him on the throne. In 1982, Andropov took over when Brezhnev passed away but then died after only 14 months in office due to a debilitating illness.

The party then chose Konstantin Chernenko—who was already “so weak from emphysema that he could not lift his arms to help carry the coffin bearing his predecessor into Red Square.” He would die a year later in 1985—making 54-year old Gorbachev the inevitable choice for the highest post in the land: General Secretary of the Communist Party.

The great era of glasnost: Gorbachev took power determined to reform the system—telling Eduard A. Shevardnadze, who would become his foreign minister:  “We cannot live this way any longer.” And his first big move was glasnost—a policy of open discussion of political and social issues:

“He decided to become more open about the problems of Soviet society, travelling the country, admitting to difficulties and listening to ordinary people complain… The hope was that Soviet people, in return for the leadership’s new honesty, would join a new social contract and work harder and more efficiently.”

And he stuck to the policy even in the devastating aftermath of the nuclear explosion in Chernobyl:

“The accident, which the government tried to cover up, epitomised its dysfunction, arrogance and disregard for human life. Mr Gorbachev, seizing his chance, condemned a system ‘penetrated by servility, bootlicking, persecution of those who think differently, window-dressing, personal connections and clans’.”

The failure of perestroika: The word essentially means restructuring—and was Gorbachev’s push to introduce market reforms to revive the Soviet economy. It was also his greatest policy failure:

“The weak part of perestroika was the failure of his economic reforms and his refusal to tackle agriculture… Frustrated, he increasingly saw the problem as coming from party officials resisting or sabotaging his reforms. He sacked a number of lower-level officials and senior politburo members, though it took him three years to understand that they were being replaced by equally obstructive clones.”

And that’s when Gorbachev doubled down—making what would soon prove to be a fatal move—holding free elections: “The 1989 congress was the turning point, after which Gorbachev was no longer in control of events. Increasingly, too, he became squeezed between those who wanted to move faster and those who resisted change.”

The collapse of the Soviet Union: 1989 would prove fateful for Gorbachev and the USSR. Having tasted freedom, people wanted even more. There were uprisings in Georgia, Uzbekistan, Kazakhstan, Tajikistan, Armenia and Azerbaijan. And popular revolutions swept away communist regimes in East Germany and the rest of Eastern Europe. As the New York Times notes:

“If glasnost gave free rein to public debate in the Soviet Union and cast light on past errors and current problems, it also rekindled nationalist aspirations, religious rivalries and ethnic hatreds that had been smouldering in the outlying Soviet republics since before Stalin, Lenin and Marx.”

Farewell Gorbachev: By 1991, the Soviet Union and Gorbachev had reached the end of their road. Six of the 15 Soviet republics refused to take part in a referendum on the new union. While Gorbachev sent in troops to quell the insurrections, the old guard had tired of his “weakness.” The KGB led an ‘August coup’—and placed Gorbachev and his wife under house arrest. The attempt collapsed thanks to Boris Yeltsin—leader of the Russian republic—who stood “atop a tank in central Moscow to rally thousands against the coup.”

But Yeltsin took his pound of flesh in return. He quickly banned the Russian Communist Party—and seized control:

“From then on, Gorbachev was doomed. Yeltsin put the KGB and the Soviet foreign ministry under Russian control. In early December, he met the leaders of the other two Slav republics, Ukraine and Belarus, in a hunting lodge near the Polish border. They declared the Soviet Union dead. Three weeks later, on 25 December 1991, Gorbachev resigned as president and the red flag was lowered from the Kremlin, signifying the end of the Soviet Union.”

Point to note: After the coup ended, Gorbachev made a critical error. Instead of remaining in Moscow to rein in Yeltsin, he returned home to take care of Raisa—who had suffered a stroke. It may be the fateful decision that cost Gorbachev his job.

But, but, but: Gorbachev did not retire into seclusion—or spend the rest of his days in doom and gloom. When Yeltsin stripped him of all his financial assets, he earned his keep with advertising gigs, like this one for Pizza Hut.

The bottomline: Today, to the modern elite of Russia, Gorbachev is “an oddity if not a traitor: a fool who brought about the collapse of the Soviet Union and made no money out of it.” Yet the dissidents he freed remember him differently, like Natan Sharansky, who writes:

“Yet if we look at the 20th century not through the lens of political struggles, but rather from the bird’s-eye perspective of history, we see how utterly unique Gorbachev was. In nearly every dictatorship there are dissidents, and from time to time there are also Western leaders willing to risk their political fates to promote human rights abroad. But Gorbachev was a product of the Soviet regime, a member of its ruling elite who believed its ideology and enjoyed its privileges — yet decided to destroy it nevertheless. For that, the world can be grateful. Thank you, Mikhail Gorbachev.”

The Guardian has the best—and most generous—profile of Gorbachev, while Reuters has more details. For a more complex view, read Natan Sharansky in the Washington Post. Also worth a read: New York Times’ obituary for Raisa. Associated Press has a good timeline on the fall of the Soviet Union. Indian Express has more on his warm relationship with Rajiv Gandhi.