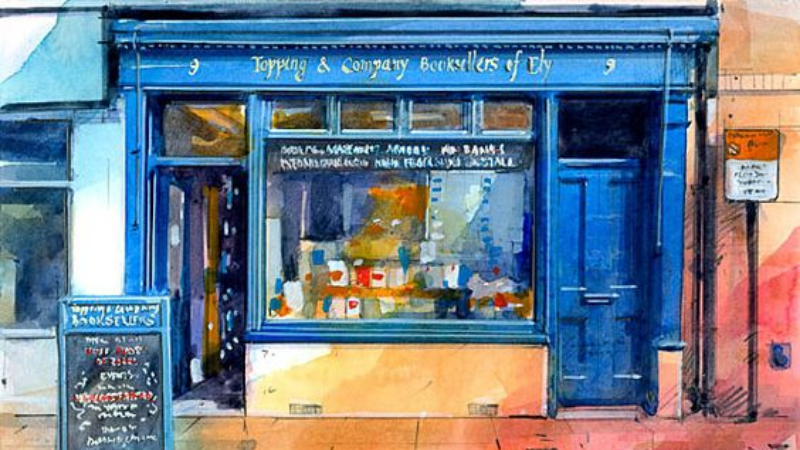 Sometimes I take a small holiday and begin to rethink every decision I’ve ever made. I went away for a little retreat in the hills over the weekend and to escape a mini existential crisis. But respites rarely last and I have returned to unusually hot weather in Delhi and worrying about servicing my AC! For your break from the mundane, here’s a list of literary reads for you to peruse.

One: The Guardian has a fascinating interview with Charlotte Philby—spy novelist and the granddaughter of infamous Cold War double agent Kim Philby—on her latest novel, ‘Edith and Kim,’ about her grandfather’s relationship with Edith Tudor-Hart, the woman who introduced Philby to his Russian handler. It offers a unique perspective on writing about a historical figure who remains large in popular perception while also being a completely different thing, a blood relative, to the writer.

Two: Have you ever fallen in love with a book at first sentence? The opening lines of a book hold immense power, from drawing the reader in to setting the scene for the story to come. LitHub explores the question of what makes a great opening line in depth and offers a sumptuous tasting of some fantastic first lines in literature.

Three: I was wondering if, uh, you have, like, an opinion on filler words? The “uhs” and the “hmms” we use in our daily speech serve many functions, one of them being keeping a conversation going by showing curiosity. JSTOR Daily tells us more about these oft overlooked but much used words and sounds.

Four: On London Review of Books, Jo-Ann Wallace interweaves her early life as a typist and what she learnt about Virginia Woolf’s eccentric punctuation habits as she typed out ‘Mrs. Dalloway’ by hand. “As my partner pointed out to me, ‘language is a kind of music and typing is a way of playing it.’”

Five: Translation is a tricky art, a balancing act between keeping the sanctity of the original story intact while also injecting new life in the translated text. In Poetry Foundation, one translator considers the unique, sometimes wrestling relationship between an author and a translator.

Six: Disability representation in books is not only minimal, it is also fraught with inaccuracies and problematic tropes. Book Riot lists down 9 of these ableist tropes that remain still pervasive in fiction.

Seven: I’ve been very taken by the idea of grief these past couple of years, and it’s always interesting for me to see grief dealt with in fiction, especially mysteries. CrimeReads considers six novels in which amateur detectives solve crimes while coping with grief.

Book adjacent rec of the week: Strong Sense of Place is a website and podcast dedicated to great books and literary travels, and is run by a married duo—David and Melissa. Their website is filled with delicious things: articles, recommendations, essays and photos all about books and destinations around the world. I’ve discovered not only international literature through them, but also my next few dream destinations and some amazing dishes from around the globe! Check out their weekly Endnotes series for a host of book and travel-themed reading.

Bookish adaptation to watch out for: So many book adaptations have been making the rounds recently! I’ve been watching, week-by-week, ‘Super Pumped: The Battle for Uber,’ which is the story of the rise and fall of former Uber CEO Travis Kalanick and is based on the book of the same name by Mike Isaac. So far, I’m enjoying it. The world of tech start-ups, especially what we see on TV, always seems completely bonkers and quite unreal, and this one is no different. Joseph Gordon-Levitt does a terrific job. I’m also intrigued by the Italian-language ‘An Astrological Guide for Broken Hearts’ based on the novel of the same name by Silvia Zucca. If you guys have seen it, I’d love your thoughts!

For the kid in your life: Done with the Percy Jackson series but need more Greek mythology in your life? ‘Who Let the Gods Out?’ by Maz Evans is a funny, engaging, delightful series for young readers filled with adventures with your favourite Greek gods. Young Elliott is going to need all the celestial help he can get to save his ill mum and his home, while also fighting the daemon Thanatos that he managed to accidentally release from his age-old shackles. It’s the perfect combination of charm and heart.

​​Note: Reading Habit is curated by our books editor Anushree Kaushal. Want to send along recommendations, feedback or just say hi? Email her at kaushalanushree@gmail.com.