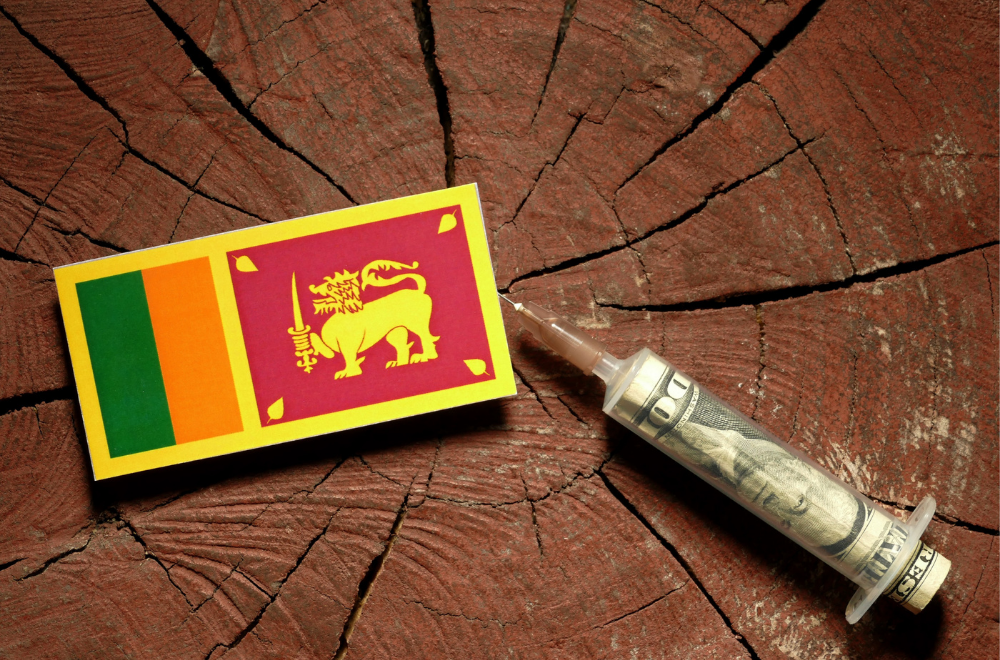 The economic catastrophe in Sri Lanka

There are riots at petrol stations, severe food shortages and inflation—and the first economic refugees are beginning to trickle into Tamil Nadu. WTF is going on in Sri Lanka?

How bad is it in Sri Lanka?

The big picture: Here are the grim macro numbers:

For the ordinary Sri Lankan: Here’s what their life looks like right now:

Point to note: This week, 16 Sri Lankan Tamil refugees arrived in India—fleeing economic hardship. At least 2,000 more are expected in the weeks to come.

How did it get this bad?

The short answer is that the fundamentals of the Sri Lankan economy were always weak—and then the pandemic came along to deliver the fatal blow.

Import dependency: It is an island nation heavily reliant on imports to meet its basic needs. The country imports everything from sugar to wheat, dairy products, milk powder and medical supplies. So it needs foreign exchange to pay for essentials.

Declining exports: A country that depends heavily on imports must have healthy foreign exchange reserves. But Sri Lanka’s exports have been declining as well. As a share of its GDP, exports slipped from 39% in 2000 to 20% in 2015—and hitting 16.58% in 2020. Why this matters: The number indicates what percentage of the national income is earned in foreign currency. One reason for fall: Colombo continued to rely on traditional goods like tea and garments—and was undercut by low income countries like Bangladesh and Kenya.

Loan addiction: Since exports were declining, successive governments have indiscriminately taken foreign loans to pay their import bills and big development projects. According to one expert:

“[They issued sovereign bonds] without giving much thought to how we will repay the loans. Reserves were built up by borrowing foreign currency funds, rather than through higher earnings from exports of goods and services. This left Sri Lanka highly exposed to external shocks.”

Poor growth strategy: Those big loans—particularly from China—were plowed into massive construction projects. These are what economists call “non-tradable” sectors—as in you can’t trade expressways, high rise buildings and ports on the international market:

“Thus, growth from these sectors are constrained by the size of the country’s population and purchasing power (which is the average person’s ability to buy things). Therefore, any country’s economic growth driven by such non-tradable sectors is often short-lived. This is more relevant to a country like Sri Lanka which has a population of only 22 million.”

Delusion of well-being: Huge foreign debt in turn allowed the country to live in denial:

“This gave the illusion that Sri Lanka’s economy was booming. Meanwhile, expressways were also constructed, adding to the illusion. The road networks were upgraded. The country got a new international airport. High-rise buildings started to become the norm in Colombo and its suburbs. Amidst these developments, deteriorating export performances and piling up of foreign loans were conveniently ignored.”

The pandemic effect: Covid hit all three key drivers of Sri Lanka’s foreign exchange earnings: goods, overseas remittances from workers and tourism. The World Bank estimates that 500,000 people have fallen into poverty since the beginning of the pandemic—in a country with a population of 22 million. And 200,000 have lost their jobs. More importantly, Colombo’s currency reserves plummeted—even though the country still needed money to pay for imports. The result: a huge Balance of Payment deficit. Sri Lanka will run up an import bill of $22 billion this year—resulting in a trade deficit of $10 billion.

So what did the government do?

All the wrong things. The Sri Lankan government headed by strongman Gotabaya Rajapaksa has taken a series of measures—none of them have been wise.

Tax less, spend more: The big development projects made the rich far richer—but did little to improve incomes of the poor and middle class. Yet, successive governments have not raised their tax revenues. Typically, as nations become more affluent—and their per capita income increases—their tax to GDP ratio also rises. But in Sri Lanka, the number went in the reverse direction. It declined from 20.4% in 1990 to 10.1% in 2014—plunging to 8.4% after the Rajapaksa government declared sweeping tax cuts:

Bizarre import bans: In response to the growing foreign currency crunch, the government suspended imports of vehicles and essential items such as edible oils, turmeric and even toothbrushes. Then it suddenly banned the import of all chemical fertilisers, pesticides and herbicides—insisting on an overnight shift to organic-only farming, making it the first nation in the world to do so. This was a catastrophe for the farmers—90% of whom use chemicals.

Bad monetary policy: The Central Bank of Sri Lanka started printing money—over SLR 1,000 billion ($5.02 billion)—over the months before 2021 to inject cash into the economy. But in the midst of supply shortages, it hiked up demand—which in turn led to a sharp spike in prices. The inflation in turn “devalued the currency, made imports costlier, added to the debt and put the forex reserves under more pressure.”

Paying for debt not essentials: In order to protect the rupee, Sri Lanka has not defaulted on any of its loan payments as yet. But economists say this is a terrible strategy. The government is so busy paying its creditors “there’s not much foreign currency left in the economy to do things like import food, which is one of the reasons why we’ve seen inflation rise to double digits.” Defaulting on its loans is both sensible and unavoidable, say experts:

“They are demonstrating an amazing willingness to pay. But why they would want to, I’m a bit flabbergasted. They are bankrupt, pretty much. They are wasting precious FX reserves. It’s just delaying the inevitable.”

Saying ‘no’ to IMF: It’s now painfully clear that Colombo’s favoured strategy—of borrowing more money from China or India—is not going to save its economy. The most logical way out of this mess is to take a loan from the International Monetary Fund—which is what most nations do in this situation. But the Rajapaksa government has been stubbornly refusing to do so for two reasons. One, every IMF loan comes with conditions attached—which the ultranationalist government views as a challenge to its sovereignty. Two, a number of those conditions will require reversing Rajapaksa’s most foolish monetary policies—including the sweeping tax cuts.

The bottomline: Sri Lankans are suffering as their government continues to wallow in denial—refusing to take responsibility or make the hard choices required to save the economy. But here’s something to remember: Rajapaksa was voted in by a huge majority in 2020—because voters wanted a strongman who could keep terrorism at bay. The problem with democracy is that we so often make the bed of nails we sleep in.

For the best, most in-depth analysis of Sri Lanka’s economy, check out Umesh Moramudali’s deep dive on Watchdog. Also: The Hindu, The Quint and CNBC offer excellent overviews of the crisis—with a lot more detail. Financial Times (paywall) and Nikkei Asia analyse Sri Lanka’s foreign debt problem. The Diplomat looks at Sri Lanka’s options—and explains why China and India won’t be able to bail out Sri Lanka. For more on the food crisis, check out our previous explainer.