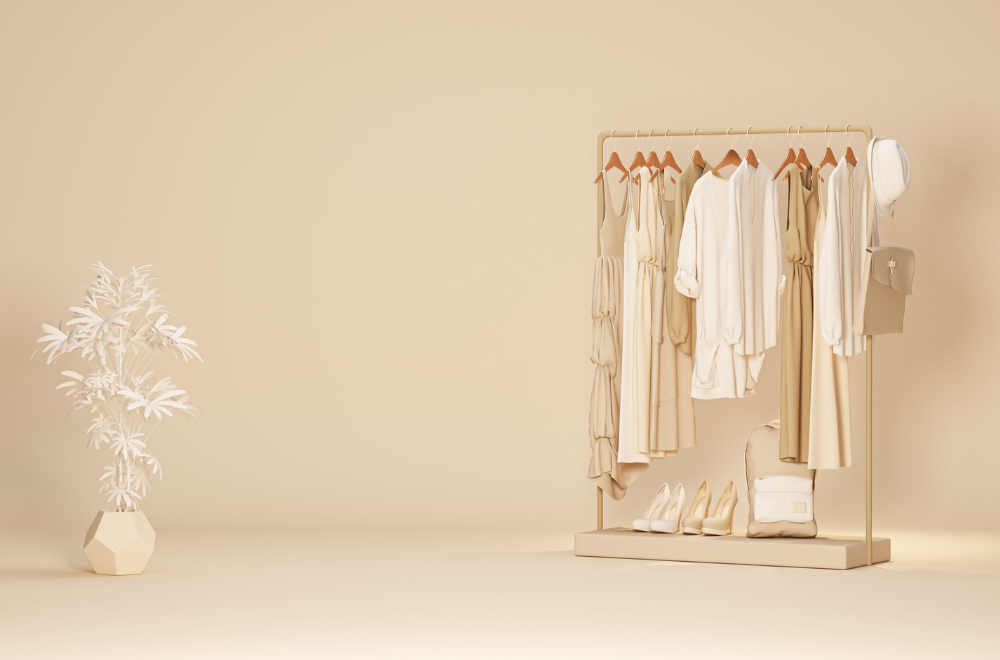 What’s in your wardrobe: Is that dress really ‘sustainable’?

This week, global fashion giants announced that they will review a key ranking system widely used to measure the sustainability of their clothes—after its metrics were revealed to be dubious. We look at how the word ‘sustainable’ has become almost meaningless in the industry.

First of all, why should I care about fashion?

Because the industry accounts for 4-10% of the world’s carbon emissions—though the UN puts the number at 8%. That’s more than all international flights and maritime shipping combined. And the problem is getting bigger each day:

“A report published… last year revealed that the apparel and footwear industries’ progress on everything from carbon reduction to ensuring living wages for workers was 30% slower in 2019 than the year before. The sector is also growing so rapidly that its impact on the planet is actually worsening. The volume of apparel and footwear being produced is forecast to increase by 81% to 102 million tons by 2030, according to the report.”

OTOH: The same industry also generates 2% of global GDP, and employs more than 400 million people. So any sustainability ‘solution’ will have a huge impact on livelihoods and lives.

Ok, tell me about this dodgy index

The Higg Materials Sustainability Index: was created in 2011 by a group of industry bigwigs, including H&M, Walmart, Nike, Levi’s, and Patagonia. It is maintained by the Sustainable Apparel Coalition (SAC)—which has around 250 member brands, including all the heavyweights.

The index is essentially a rating system that looks at the supply chain of products—and gives them a sustainability score. And in 2021, a consumer-facing version was launched to allow shoppers to view the environmental impact of specific items—based on factors such as greenhouse gas emissions, fossil fuels, water use, and water pollution.

Point to note: The database primarily looks at the environmental impact of fibres used in manufacturing—and the supply chain involved.

The problem of polyester: The index was first called out by the New York Times for strongly favouring synthetic materials made from fossil fuels over natural fibres like cotton, wool or leather. For example: It rates polyester as one of the world’s most sustainable fabrics—because it doesn’t need toxic pesticides or fertilisers unlike, say, cotton. But the score is dubious for a number of reasons:

Point to note: In comparison, silk gets an unfavourable rating—based on a single study of 100 farmers who rely on irrigation in India. As one silk industry executive puts it: “They’re saying silk is 30 times worse than synthetic products. Can anyone really believe that?”

Why this matters: The biggest companies—many of whom sit on the SAC board—are heavily reliant on synthetic fibres—which are the backbone of the fast fashion industry. The result is this:

“Nowadays, polyester costs half as much per kilo as cotton and allows the fashion brands to crank out more clothing items every year. In the last 20 years there has been a striking correlation between the rise of polyester as the darling of the fashion industry and the explosion in cheap and low-quality clothing. The use of synthetic fibres in textiles has more than doubled since 2000 and is already present in over two thirds (69%) of textiles we use today.”

FYI: The production of polyester and other such materials has tripled since 2000—to nearly 60 million tons a year.

Not helping matters: The Intercept points out that a number of funders, board members etc. linked to SAC have strong connections to the oil and gas industry—whose products are used to manufacture polyester. FYI: The creation of SAC “coincided with advances in synthetic-based fabrics that were not only inexpensive but had new features that buyers craved, such as improved elasticity or improvements in the ability to wick away perspiration.”

The fallout: Following the Times investigation, Norway directed its two biggest apparel companies—H&M and sportswear brand Norrøna—to stop all marketing references to the Higg Index. And on June 27, SAC members announced that they will remove all product labelling that cites its data.

So how can I shop sustainably then?

Let’s start by acknowledging just how hard it is to be a “good” shopper these days.

The problem of sourcing: Almost every major fashion brand—from Adidas to Balenciaga—boasts of its eco-credentials these days. The use of the word ‘sustainable’ to describe products has quadrupled in the last four years—along with similar terms like  ‘vegan’, ‘conscious’ and ‘eco’. But supply chains are so complex today, even these companies don’t know how their product is made:

“Companies such as H&M employ more than a thousand factories across the world, many of which subcontract that work out to other factories brands have no knowledge of. Often factory owners are unwilling to reveal who their textile suppliers are, who in turn do not want to reveal the secrets of their fibre supply, for fear of being undercut.”

So a consumer can hardly be blamed for not knowing the environmental impact of a pair of trousers or dress on a shopping rack.

The problem of accessibility: Yes, fast fashion is a big problem—and getting worse. We are all addicted to cheap clothing that helps us keep up with the latest trends. The fashion industry today has as many as 52 micro-seasons which is roughly one new trend a week. Zara offers 24 new clothing collections each year; H&M offers 12 to 16 and refreshes them weekly. And relative newcomers like Shein are even cheaper and faster.

But, but, but: these brands have also made clothes more accessible to everyone. As The Guardian points out, the new trend of ‘forever fashion’—expensive but well-made clothes that last—is a luxury for most people:

“Forever fashion is an easy sell for those lucky enough to be in a position to pivot from buying several new outfits in Zara at the beginning of a season to buying one designer dress. But for shoppers at the ‘value’ end of the market, where jeans can cost as little as £10, there is no Chanel tweed suit (ballpark cost: £8,000) or Hermès Birkin handbag (circa £10,000) at the end of the rainbow. Fashion has become a cheap payday treat, with a new blouse often costing less than a takeaway pizza.”

Most of us have to live with cheaply made and cheaply priced clothes that make us look good—at least for a while.

The problem of labelling: The Higg Index is hardly the only culprit in the business. There is no single standard used by the various sustainability certification programs—many of which are no less “unambitious, opaque, unaccountable and compromised.” And there is no legal significance to terms such as ‘ethical’ or ‘eco-friendly.’ As even designer Stella McCartney—who has been a champion of sustainability—says:

“I barely even know what the word ‘sustainable’ means anymore…The majority of people who say they’re doing a sustainable thing, if you ask one question, it will pretty much fall down at the first hurdle…It’s a bit tiring to see people overuse these terms and really not have any substance to back it up.”

The problem of recycling: A number of brands have introduced recycling bins—to help you feel better about junking last season’s crop top for the on-trend puffy-sleeved blouse. The reality is that less than 1% of all clothing is actually recycled into new garments. Most of these end up in second-hand markets in Africa—where they are called ‘obroni wawu’ or ‘dead white man’s clothes’. Every year as many as 4 million tonnes of used textiles are shipped across the planet in a trade estimated to be worth $4.6 billion.

But, but, but: What was once a boon for the local economies has become a curse. The reason: fast fashion:

“Today, there’s nothing to buy. Almost all garments are in poor conditions, faded, unwashed and sometimes utterly unusable.The reason is simple: most of these clothes are fast fashion, they’re not meant to last… Only 10% of what arrives can be resold. And upcycling is only possible with denim, jeans fabric.”

As a result, most of them are piled high in landfills—creating a toxic waste disaster in places like Ghana. A lot of the clothes also end up in sewers thanks to tropical storms—clogging drains, breeding mosquitoes, polluting the ocean.

Data point to note: An estimated 85% of all textiles go to the dump every year. That’s the equivalent of one garbage truck of textiles being burned or going into landfill every second.

As for rental/thrift: The industry is so tiny as to be insignificant. Over the past 10 years, resale and thrifting reduced less than 0.01% of carbon emissions. And rentals reduce CO2 by a paltry 3% compared to buying new clothes.

The only sustainable solution: is to simply shop less. There is no easy fix that both feeds our need for instant gratification and saves the planet. And the first step toward that may be to think of yourself not as a ‘consumer’ but as a ‘wearer’. As one researcher puts it: “Garments are not consumed. You need to use it, you wear it. They are not disposable items, but they are valuable and they are reusable.”

New York Times and The Intercept have the best reporting on the Higg Index. Harvard Business Review and Inside Climate News look more broadly at the problem of greenwashing. ABC News looks at what second hand clothes are doing to African countries—while Quartz reports on what these countries are doing to become more sustainable. Down To Earth looks at the impact of fast fashion. This Guardian op-ed takes aim at the elitism of ‘forever fashion’. Cosmos Magazine has an interesting piece on the psychology of the ‘wearer’.