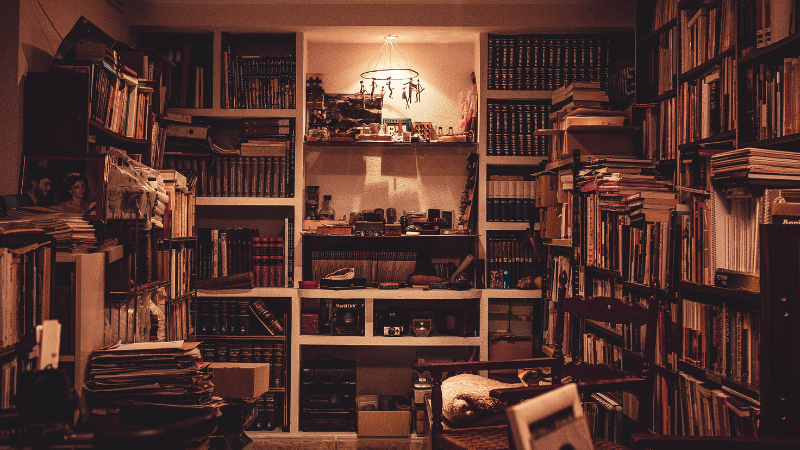 Thank you to everyone who participated in my little giveaway (that I posted about three weeks ago)! I was heartened by your enthusiasm for books and gleeful at the list of all the varied and diverse books you have been reading. I am pleased to announce that the winner of the giveaway is Kaustubh Khade! I will be doing more of these in the future. But until then, here’s a list of some new releases to watch out for in the coming month.

The Pallbearers Club: by Paul Tremblay. I loved Tremblay’s ‘A Head Full of Ghosts,’ so I am naturally excited for this horror novel. Art Barbara, an overall uncool high school kid, starts a Pallbearers Club whose members volunteer at poorly attended funerals. Suddenly, the popular girl at school begins to take an interest in it. She wants to take pictures of the corpses and, what’s more, she seems to have a little too much knowledge of folklore that involves digging up the dead. Decades later, as Art tries to unravel all that happened all those years ago by writing a memoir, the popular girl makes a reappearance in his life. . . (July 5)

The House of Fortune: by Jessie Burton. This is the sequel to ‘The Miniaturist,’ Burton’s 2014 novel that sold a gazillion copies. Set in Amsterdam—like its predecessor—in the early 18th century, it follows Thea, who is almost eighteen and ready to rule the world and own her destiny. But her family’s fortunes have taken a hit, and her aunt Nella, desperate to save them, accepts an invitation to Amsterdam’s most exclusive ball. Things, however, are not quite what they seem, and a tale of fate, ambition and secrets from the past ensues. (July 7)

Upgrade: by Blake Crouch. Crouch’s latest sci-fi offering tells the thrilling tale of Logan Ramsay, who finds himself as “the next step in human evolution” when his genome is upgraded to make him faster, sharper, better. But soon, he comes to realise that the larger plan to engineer humanity’s own evolution comes with a dark side and at a terrifying cost. (July 7)

The Notorious Scarlett and Browne: by Jonathan Stroud. This one is for all the Bartimaeus and Lockwood fans—hit me up!—and for anyone else who’s looking for a great time featuring alternate futures, heartwarming friendships, unexpected monsters and the most fun hijinks. The sequel to ‘The Outlaws Scarlett and Browne’ follows our eponymous characters as they gain fame and notoriety for all they did in Book one (I won’t give any spoilers). But their dangerous past begins to catch up with them, and it will take all their power to survive and save those they love most. (July 7)

The Daughter of Doctor Moreau: by Silvia Moreno-Garcia. SMG’s ‘Mexican Gothic’ was probably read (and adored) by all the world, and her reimagining of ‘The Island of Doctor Moreau,’ set against the backdrop of 19th century Mexico, promises to be equally thrilling, if not more. Carlota Moreau, daughter of a genius and a madman; Montgomery Laughton, the alcoholic, outcast assistant of Dr Moreau; and the doctor’s part-human, part-animal monstrosities co-exist in a semblance of peace which is upended by the arrival of Eduardo Lizalde “who will unwittingly begin a dangerous chain reaction.” (July 19)

Bookends: A Memoir of Love, Loss, and Literature: by Zibby Owens. This is more about love and loss and less about the literature part, but there is still an ode to books and how they helped Owens—podcaster, author, publisher—deal with the grief of losing her closest friend on 9/11 and the stress of motherhood, all the while kick-starting her journey of self-discovery and finding out what made her her.

Agent Josephine: American Beauty, French Hero, British Spy: by Damien Lewis. Prior to World War II, singer and musician Josephine Baker was the highest-paid female performer in Europe. When Nazis took over her adopted city, Paris, they banned her from the stage, along with all Black and Jewish people. In turn, she decided to become a spy, participated in a number of clandestine activities and became a hero in three countries—the US, France and Britain. This is that story. (July 12)

Rebel With a Clause: Tales and Tips from a Roving Grammarian: by Ellen Jovin. Jovin set up table outside her apartment with a sign that said “Grammar Table.” Within seconds, she had people coming up to her to ask their most pressing grammar questions. Jovin soon gained popularity, as a result of which she hit the road, travelling across the US to meet all kinds of people and answer all their grammar-related questions. This book tackles some of the most pertinent questions raised during her trip, including “the ubiquity of like, common errors in online dating profiles, the likely lifespan of whom” and many more. (July 19)

Writer, Rebel, Soldier, Lover: The Many Lives of Agyeya: by Akshaya Mukul. Agyeya is one of the most remarkable and controversial figures of Indian and Hindi literature. Mukul, the author of the critically acclaimed ‘Gita Press and the Making of Hindu India,’ gives us a comprehensive biography of the writer, and “reveals Agyeya’s revolutionary life and bomb-making skills, his CIA connection, a secret lover, his intense relationship with a first cousin, the trajectory of his political positions, from following MN Roy to exploring issues dear to the Hindu right, and much more.” (July 24)

The Life and Times of George Fernandes: Many Peaks of a Political Life: by Rahul Ramagundam. Another biography, this time of politician George Fernandes, gives us a glimpse into the life of “a firebrand trade union leader, socialist politician and incredibly powerful orator”. Fernandes led the strike of the All India Railwaymen’s Federation in 1974 and brought the nation to a halt for 20 days, and later served as India’s defence minister, among other things. Will make for an interesting read. (July 25)

I am currently reading so many great stories on Longreads. I am in-between books—deciding what to pick next—and slightly inundated with work, so I am winding down by reading some of the most excellent longform articles the internet has to offer in my free time.

Bookish adaptation: I’ve only inhaled ‘Downton Abbey’ in the past couple of weeks—which is not an adaptation but could very well be (the vibes are immaculate)—but now that I’m done with that, I’m looking forward to watching ‘Fire Island,’ a gay retelling of ‘Pride and Prejudice’ about a group of friends who embark on a week-long vacation on the eponymous island, known for its gay villages. Suffice it to say that I’m incredibly excited for it. It’s available on Disney+ Hotstar.

To people looking to widen their horizons, especially in relation to timely issues like climate change, I recommend Weekly Filet. Its mission is guided by, to paraphrase its own description, understanding complex and important issues, fostering empathy and inspiring self-reflection. Its weekly offerings are some of the most important things I read that week. Highly recommend.