Uddhav Thackeray has left the building

What’s next: Most likely, the state BJP chief Devendra Fadnavis will return as Chief Minister—with the support of Sena rebel leader Eknath Shinde. It isn’t clear if Shinde will lay claim to the leadership of the Sena, as well. Indian Express has more on the Court’s decision.

According to the state government, one of the two men who killed the tailor in Rajasthan—for insulting the Prophet—has links to Pakistan. Specifically, he had been to Karachi in 2014—to visit the office of Dawat-e-Islami in Karachi. From what we can gather from this rambling profile, the group is associated with conservative Islamic protests in Pakistan, but has no history of advocating violence. Ghouse had also been frequently calling Pakistani numbers in recent years. The killing is being treated as “an act of terror.” (Indian Express)

The handle that led to the Alt News co-founder’s arrest has been deactivated—after just three tweets. But this will not affect the investigation:

“We have come to know that the person deleted his account. However, that doesn’t affect our investigation. We are investigating the matter as Zubair’s old tweet was amplified and created disharmony. We are trying to trace the man and will ask him about the complaint. He may have deleted the account because he got scared.”

No, the police will not be investigating the activities of the account. (The Hindu)

Speaking of Twitter: The government is leaning on the company to take action on all its pending complaints by July 4—or face legal consequences. FYI:

“Twitter has received over 17,000 requests from the government between January 2012 and June 2021 for taking down Twitter accounts and tweets, out of which it has complied with only 12.2% of requests. It has withheld around 1,600 accounts, and 3,800 tweets and action was taken on 6,300 items under Twitter’s term of service.”

The Indian rupee is currently hovering around Rs 79 a dollar—at an all-time low—and is expected to sink even further to Rs 80/81. The main reason is rising oil prices that has led to runaway inflation—and an increasingly strong dollar. Why this matters: currency depreciation is bad for trade, and may create a potential balance of payments crisis and/or deter foreign investors. Mint and Reuters have more on why experts are criticising the Reserve Bank’s strategy to shore up the rupee. Moneycontrol explains why it’s tanking.

For all the hand-wringing over fake news, a new global survey shows that most Indians (54%) turn to Facebook, Instagram and Twitter for factual information. This is compared to 16% of Brits and 29% of Americans who do the same. And as many as 87% of us are confident about the veracity of the information. Also this: 30% of parents use social media and WhatsApp to teach their kids. Hmm. Can we recommend splainer instead? (Mint)

Airbnb nixes your right to party

The company announced a permanent ban on parties and events at its properties around the world. The reason: it makes hosts and their neighbours happy. Complaints dropped by 44% when Airbnb introduced a temporary ban in 2020. However, the company also removed the limit on the number of occupants—which was capped at 16 due to Covid. Talk about mixed messages… (BBC News)

OTOH, Spotify: wants you to throw a karaoke party. It has started rolling out the new feature—which allows you to sing along to your fave tracks. The app judges how accurate you are—lyric-by-lyric. The really good news: It is available to all users—and not restricted to premium subs. Not everyone has access to the tool as yet. But you can check by scrolling down on the screen to the Lyrics section on any song on your app—or press the microphone button in the bottom right of the desktop version. (Mashable)

No underage drinking… of coffee or tea!

The Welsh government is considering a ban on everyone’s favourite hot beverage for kids under the age of 16. This move is sparked by concern over rising consumption of high-energy caffeinated drinks. Under current rules, all beverages—except tea and coffee—that contain more than 150mg of caffeine must carry a warning. Many of these have the same caffeine level as a double shot of espresso. It seems a bit overwrought to medical experts: “There is no real evidence for long-term damage from caffeine in tea and coffee so let us be proportionate—a ban is probably not necessary.” OTOH, sugary energy drinks have been linked to poor sleep, mood problems, headaches etc. (ITV News)

One: Male members of parliament in the UK put on a vest that simulates hot flushes as part of an event raising awareness about menopause—and hormone replacement therapies. The sight is really quite amusing. The Guardian has more details on the event.

Two: Air New Zealand just unveiled bunk bed-style sleeping pods for its economy passengers—on its ultra-long-haul flights that are 17+ hours. To be clear: you will still get a regular seat like every other airline. But you can book four-hour sessions in a lie-flat pod for an additional cost. (Sky News) 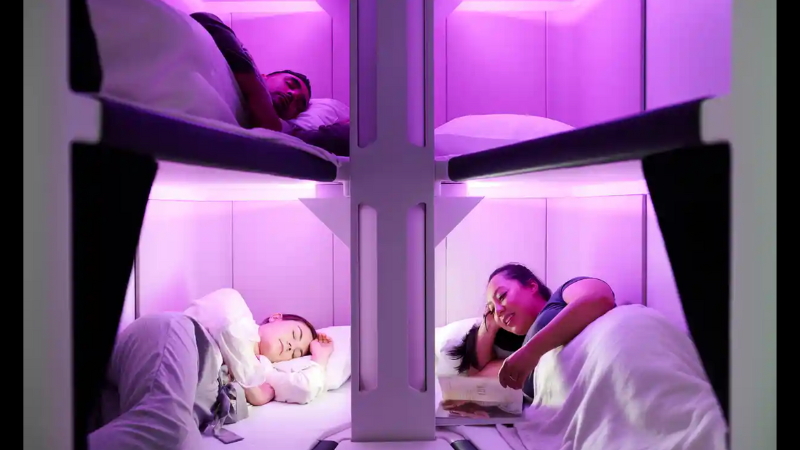 Three: Indian Twitter is delighted with this photo of the men’s bathroom at Bangalore airport. The reason: It includes a diaper change station. FYI: This isn’t anything new—but a woman happened to notice it and tweet it out. But hey, we’ll take the win for gender equality:) 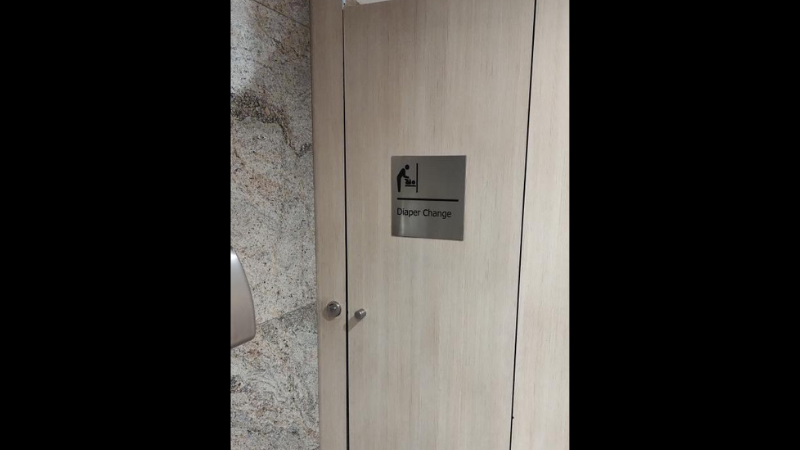