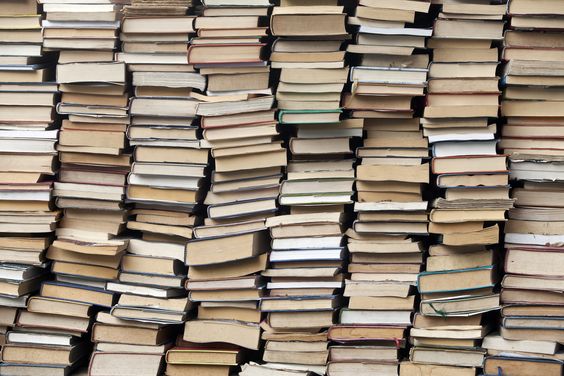 The number of new books out next month that caught my eye and insisted I let you know about them today is humungous. I’ve listed so many of them here, because my empty bank account needs company. Hope you enjoy them in the rain with a warm cup of a beverage of your choice!

Husband Material: by Alexis Hall. The sequel to the mega-popular ‘Boyfriend Material’ sees our lovebirds Luc and Oliver taking the next step…or are they? Proposing and getting married can be difficult choices and the societal pressure doesn’t help. But whatever decision these two take, the book is bound to be filled with cute moments and plenty of butterflies-in-the-stomach. (August 2)

The It Girl: by Ruth Ware. Ware has been called the spiritual successor to Agatha Christie, and for good reason. When the ‘it girl’ of her university is murdered and the murderer is put behind bars, Hannah moves on with her life and, a decade later, is happily married and expecting a child. But then a young journalist claims that the person convicted for the crime—now dead—was actually innocent. It sends Hannah and her former group of friends into a dark spiral of secrets revealed and truths uncovered. (August 4)

You’re Invited: by Amanda Jayatissa. Its tagline says it all “What could be worse than your ex-boyfriend marrying your childhood best friend? Getting accused of her murder…” Set in Sri Lanka and written by a Sri Lankan author, this wedding-based murder mystery is what I’m arguably most excited for in the coming month. (August 11)

The Last Housewife: by Ashley Winstead. Novels about cults (ironically) have a magnetic pull, if done well. Thankfully, this one sounds stressfully amazing. When in college, Shay and her best friends were seduced into a cult by an enticing man. She and her best friend managed to escape—but eight years later, Shay finds out the same friend has died a tragic death and realizes that the past she thought she had left behind might still be lingering, coming to catch up with her. (August 16)

Babel: by RF Kuang. Another sub-genre that never fails to captivate me is dark academia, and this one promises to be an extraordinary addition to it. Set against the backdrop of 19th century British Empire in Oxford, ‘Babel’ features a Chinese boy raised in Britain learning foreign languages as a form of weapon, and dabbles in secret societies, imperial expansion and subtle warfare. I’m already sold. (August 23)

The Bellboy: by Anees Salim. Latif’s life changes when he is appointed bellboy at the Paradise Lodge—a hotel where people come to die. But when he finds the dead body of a small-time actor in one of the rooms, his life is irreversibly changed. It’s a coming-of-age story about retaining your innocence in the face of a strange tragedy, and it sounds like it’s going to be both painful and fantastic at the same time. (August 29)

The Last White Man: by Mohsin Hamid. A new Mohsin Hamid is always a cause for celebration. In this new book by the Booker-shortlisted author, our protagonist—a white man—wakes up to find that his skin has turned dark. Soon, other cases across the land start springing up. The repercussions take many faces: some think it’s the inevitable change of the world order, others struggle to come to terms with what they’ve lost. All in all, Hamid shows us a future that may tell us who we might become. (August 29)

The Marriage Portrait: by Maggie O’Farrell. An “electrifying” new novel set in Renaissance Italy lands us in the life of Lucrezia de Medici. Comfortable in her small, self-sufficient life, she is thrust into the spotlight when her older sister dies–and wedded to the man her sister was supposed to marry. As the new wife of a complicated man, her life as a woman becomes that much more precarious and complex. (August 30)

Daisy Darker: by Alice Feeney. There have been a slew of disappointing ‘And Then There Were None’-inspired mysteries lately, but early reviews of this one are very promising. Daisy Darker’s entire family is assembling for her grandmother’s 80th birthday party at the latter’s crumbling gothic mansion on a tiny island. The tide comes in, they are cut off from the rest of the world for 8 hours and as the storm rages, her grandmother is found dead. But that’s not the end, for soon, another family member follows... (August 30)

Garden Up: Your One Stop Guide to Growing Plants at Home: by Ekta Chaudhary. Who among us has wanted to be plant parents but failed? Plus, there’s a primal desire within each of us to grow our own vegetables and herbs. If this sounds like you, worry no more—Chaudhary, a YouTube sensation, has been teaching gardening to her hundreds of thousands of followers online, and this primer has all the simple, easy-to-use tricks that every beginner gardener needs. The best part? The book is already out, so don’t wait and start your own green journey! (July 25)

How to Read Now: Essays: by Elaine Castillo. The essays in this collection are all about the power of books and the politics, ethics, art and history of reading. It is “at once a deeply personal and searching history of one woman's reading life, and a wide-ranging and urgent intervention into our globalised conversations about why reading matters today.” (August 4)

Roald Dahl: Teller of the Unexpected: by Matthew Dennison. Alongside Enid Blyton, Dahl more-or-less monopolised our imaginations when we were kids. This biography takes a look at a visionary author and what made him, him—a pilot, a wartime-spy, an author. I hope it also tackles the darker aspects of his personality that many of us are not aware of. (August 4)

Bad Sex: Truth, Pleasure, and an Unfinished Revolution: by Nona Willis Aronowitz. This blend of memoir, social history and cultural criticism explores the subject of female desire and takes a look at the life of the author—sexually liberated from a young age, married at 24 and eventually divorced—to understand what it means to actually be sexually liberated at a time “when sex has never been more accepted and feminism has never been more mainstream.” (August 9)

To celebrate the 75 years of Indian independence, Rupa is bringing out three volumes by three stalwarts of their fields under the common banner of “Journey of a Nation.”

75 Years of Indian Foreign Policy: War, Peace and a World Realigned by Madhav Das Nalapat takes a look at the nation’s relations with its neighbours and global superpowers, charts a path for its future and predicts what might happen based on the decisions taken today. (August 10)

75 Years of Indian Sports: Game, Guts, Glory by Chandresh Narayanan takes a look back at the country’s sporting achievements over the years—from hockey champions to cricket gods, weightlifters to shuttlers and everyone in between. (August 10)

75 Years of Indian Economy: Re-emerge, Reinvest, Re-engage by Sanjaya Baru traces the evolution of the Indian economy—from being feudal and agrarian to becoming modern, industrial and service-based. It also takes a close look at the historic 1991 reforms and how they changed the country’s economic trajectory in the 21st century. (August 10)

Bookish adaptation: I watched ‘Persuasion’ on Netflix, based on the novel of the same name by Jane Austen. I have…many thoughts about the complete change of tone and the Fleabag-ness of the movie, but all in all, I’d be lying if I said I didn’t enjoy it. Give it a shot, guys!

Book-adjacent rec of the week: I’ve discovered the world of bookish board games, and one that I can confidently recommend is called Paperback. “Players start with a deck of letter cards and wild cards. Each hand, they form words, and purchase more powerful letters based on how well their word scored.” You might even end up writing your novel this way :D