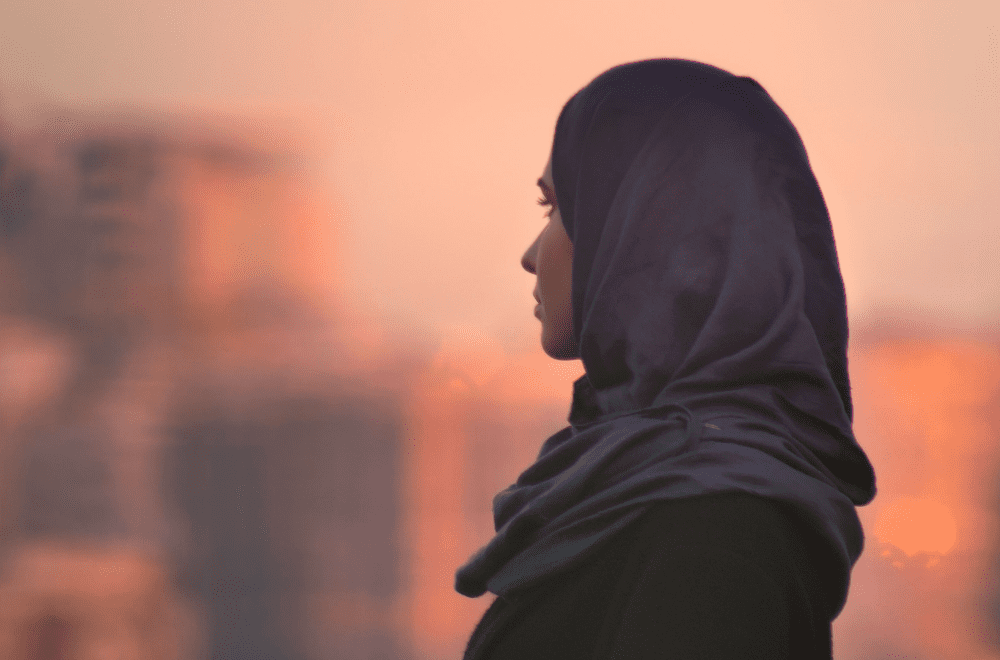 A divided court: The split verdict in hijab ban case

The Supreme Court unexpectedly delivered a split verdict in the case reviewing Karnataka’s hijab ban in schools. The case will now be decided by a new bench. But the views of the two justices reflect a key disagreement with the High Court ruling—which had upheld the ban. Here’s a breakdown of what this latest development means.


Editor’s note: We have done two Big Stories on this case. The first looked at the protests, while the second decoded the High Court ruling.

First, a quick refresher on the case

The protests: Back in February, a handful of colleges in Karnataka banned students from wearing the hijab on campus—triggering angry protests that spread across the state. A number of Muslim students moved the High Court challenging the ban. The High Court then passed an interim order banning any religious attire in colleges or schools, which have a uniform code.

The High Court ruling: In March, the Karnataka High Court rejected their challenge on the following grounds:

Two: The “prescription of school uniform” by educational institutions does not violate the petitioners’ fundamental rights of freedom of expression or privacy–but is “a reasonable restriction constitutionally permissible, which the students cannot object to.”

Three: The hijab ban does not violate Articles 14 and 15 of the Constitution—that guarantee equality before the law and protection from discrimination based on religion: “there is absolutely no scope for complaint of manifest arbitrariness or discrimination… when the dress code is equally applicable to all the students, regardless of religion, language, gender or the like.”

The petitioners then moved the Supreme Court to challenge the ruling—which resulted in the split verdict yesterday.

The split verdict: The case was heard by a bench made up of Justice Hemant Gupta and Justice Sudhanshu Dhulia. And they delivered two polar opposite opinions. Dhulia quashed the ban as “unconstitutional,” saying: “All the petitioners want is to wear a hijab. Is it too much to ask in a democracy?” He also declared:

“[A] girl child has the right to wear hijab in her house or outside her house, and that right does not stop at her school gate. The child carries her dignity and her privacy even when she is inside the school gates, in her classroom. She retains her fundamental rights. To say that these rights become derivative rights inside a classroom, is wholly incorrect”.

OTOH: Justice Gupta declared: “Fraternity would be defeated if the students are permitted to carry their apparent religious symbols with them to the classroom.” In his view, the very purpose of educational institutions is to “renounce sectional diversities, to develop humanism and to cultivate scientific and secular outlook.”  And also this:

“All students need to act and follow the discipline of the school. Out of the many steps required to ensure uniformity while imparting education, one of them is to wear the uniform dress without any addition or subtraction to the same.”

Point to note: Gautam Bhatia calls out Justice Gupta’s devotion to the “uniform” in his analysis:

Bhatia argues that the “uniform” is actually a symbol of what is more dear to the justice’s heart: discipline—a word that appears twenty-two times in his judgement. He sees the split verdict as a reflection of two very different worldviews—where one “is governed by the iron laws of discipline and control; of inflexible rules and punitive action for those that question them”—while the other “celebrates freedom and plurality; believes that rules should allow space to breathe instead of suffocation.”

So what happens next?

The fallout: Since the two justices could not agree on a ruling, the matter will now be put in front of the Chief Justice of India UU Lalit—who will constitute a new bench to decide the matter. Point to note: Lalit retires on November 8—and will be replaced by Justice DY Chandrachud.

A new bench: The CJI will likely order the constitution of a larger bench—with odd numbers to ensure there isn’t another tie. The petitioners want the matter to be heard by a nine-justice bench—that has already been set up to review the Sabarimala case. That case involves a temple ban on women of menstrual age. A previous Court judgement had declared the ban unconstitutional—but petitioners have asked it to review the 2018 ruling.

While the petitioners see a legal parallel with the hijab ban, Gupta rejected the notion outright:

In any case, the Sabarimala case has been stuck in judicial limbo for years—and the bench has not even started proceedings.

Where we are now: According to the Karnataka government, the ban will remain in place until the matter is resolved by the Court. And the state Education Minister grumbled that he expected a “better judgement.” One of the petitioners, however, tweeted: “Hon’ble Justice Dhulia’s statement has further strengthen(ed) our hope in fair judgement and continued constitutional value at least in minuscule.” But educators worry dragging out the case leaves the institutions in limbo—and hope the court fast-tracks the case “before political elements further exploit the controversy.” Reminder: The next Karnataka elections are slated for 2023.

Point to note: Justice Dhulia identified “the education of a girl child” as most important issue, saying: “The question this Court would therefore put before itself is also whether we are making the life of a girl child any better by denying her education, merely because she wears a hijab”

But the Indian Express reports that the ban has had little impact on the education of Muslim students. According to data offered by state education officials, very few students have dropped out of school—or petitioned for a transfer to a hijab-friendly institution. And the state is doing its very best to ensure the ban does not impact their prospects.

OTOH: an interim report released by the People’s Union for Civil Liberties (PUCL)-Karnataka in September paints a very different picture:

“According to the report, following the hijab ban, Muslim women students are facing social boycott, threats (including rape) as well as intrusive surveillance, and they are being ‘outed’ on social media. For these students, the loss of contact and friendships with fellow students from other communities has engendered a deep sense of isolation and depression. It has also caused a setback to their social advancement.”

It also noted that being forced to transfer to “Muslim institutions is leading to a feeling of ghettoization, the report said. It also restricts their choices of accessing a wider range of educational opportunities and fields of employment.”

A key disagreement with the High Court

While the two judges arrived at very different conclusions, they agreed on one critical point: The judiciary should not be in the business of deciding whether or not the hijab is an “essential religious practice” (ERP). This was one of the core arguments put forward by the petitioners’ lawyers—and rejected by the High Court, which said: “It is not that if the alleged practice of wearing hijab is not adhered to, those not wearing hijab become sinners, Islam loses its glory and it ceases to be a religion.”

What the justices said: Justice Gupta said the “practice of wearing hijab may be a ‘religious practice’ or an ‘essential religious practice’ or it may be social conduct for the women of Islamic faith. The interpretations by the believers of the faith about wearing of headscarf is the belief or faith of an individual.”

“We have before us two children, two girl students, asserting their identity by wearing hijab, and claim protection under Article 19 (right to expression) and Article 25 (freedom of religion) of the Constitution. Whether wearing hijab is an ERP in Islam or not is not essential for the determination of this dispute. If the belief is sincere, and it harms no one else, there can be no justifiable reasons for banning hijab in a classroom.”

According to Dhulia, the core issue is “that of choice, nothing more nothing less.” He also warned that a secular judiciary should steer clear of interpreting religious doctrine—and “must defer to the safer course of accepting the faith and belief of the worshipper.”

Why this matters: As we noted in our previous Big Story, the essential religious practices test—dates back to a 1954 Supreme Court ruling which held that the term “religion” in Article 25 covers all rituals and practices that are “integral” to the religion. Legal experts have long argued that this puts courts squarely in the business of theological interpretation—which is way beyond their role and gives them far too much power to define matters of faith.

And as Faizan Mustafa points out, it sets religious practices in stone:

“It looks too simplistic to say this or that is not a core belief. But then should we privilege one practice over another? The insistence that essential practices must originate at the time of the founding of the religion is also absurd… Religions do evolve over time. To say whatever is not in the Vedas or the Srutis is not an essential Hindu practice may greatly undermine the freedom of religion of Hindus.”

More importantly this: Gautam Bhatia points out that the ERP is “set up to deny and negate individual agency”—which the hijab case makes clear. While women may wear a veil for a variety of reasons—be it out of choice or fear—the judicial reasoning only values religious coercion:

“We therefore see how, before the High Court, the entire range of complex reasons for why one might wear the hijab was reduced to one overarching claim: that it was a religious command that brooked no disobedience… The Court was asked to allow the petition because the Muslim women students effectively had no choice in the matter, for the wearing of a headscarf was a compulsory prescription that flowed from religious authority.”

The bottomline: Justice Dhulia asked a simple question about the hijab ban: “Are we making her life any better?” And we hope the larger bench appointed to decide this case will keep that question foremost in its mind.