A message from Chumbak

Gifts Wrapped with Love, from Chumbak! 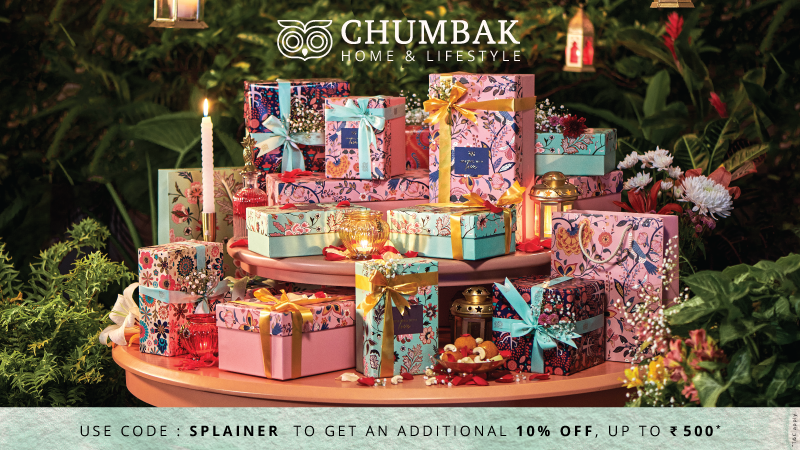 As we gear up for the best time of the year, it’s time to start collecting the perfect presents for our friends and fam. Shop from a bunch of thoughtfully curated gift sets across décor, dining sets, steel and copperware, scented candles and more!

Russia pounded 40 cities with air strikes—with more than 100 missiles hitting energy infrastructure and other non-military targets including a children's playground. In response, NATO countries agreed to provide advanced air defence systems to Kyiv—and create a “European Sky Shield” to protect the skies over Europe. And in the United Nations, the General Assembly voted overwhelmingly to condemn the annexation of four Ukrainian provinces. India, however, chose to abstain—along with China and Pakistan. (BBC News)

The Tatas and Singapore International Airlines are in talks to merge the two airlines. While the Tata group owns Air India outright, 49% of Vistara is held by SIA. While no deal has been sealed as yet, media reports hint at a new joint venture—in which Singapore Airlines may hold up to 25% with an investment of Rs 50 to 100 billion (5,000-10,000 crore). And it isn’t clear whether Vistara will remain an independent brand in the long run. (Mint)

Rana Ayyub has been charged

The Enforcement Directorate (ED) filed a chargesheet against journalist Rana Ayyub—accusing her of misusing money she raised for Covid relief. At issue: three fundraiser campaigns on Ketto that collected funds totalling Rs 26.9 million. Ayyub is accused of parking the funds in the bank—and using it for personal expenses like air flights. The agency claims she only used Rs 290,000 for relief work. In February this year the ED seized over Rs 17.7 million (1.77 crore) from her accounts—and in March she was prevented from flying abroad. The Telegraph has more details.

The Uttarakhand government is finally dismantling its unique system of using revenue officials as local law enforcement. The colonial-era practice (we explained it here) came into the spotlight after the murder of a young receptionist at a resort. The patwari police officers deliberately stonewalled the investigation for days. And it is controversial because the system primarily operates in rural and remote areas—which are denied a proper police force. The revenue police force will be dismantled in phases—with the first priority given to tourist hotspots. (The Telegraph)

Stanford University scientists have successfully transplanted human brain cells into newborn rats. Here’s what they did:

“To make the brain organoids, Stanford University scientists transformed human skin cells into stem cells and then coaxed them to become several types of brain cells. Those cells then multiplied to form organoids resembling the cerebral cortex, the human brain’s outermost layer, which plays a key role in things like memory, thinking, learning, reasoning and emotions. Scientists transplanted those organoids into rat pups 2 to 3 days old, a stage when brain connections are still forming.”

The result is “the most advanced human brain circuitry ever built from human skin cells.” The aim is to learn is to better understand how the human brain develops and the diseases that affect it. Of course, there are ethical issues here. While the researchers insist the mice don’t feel any pain, they don’t recommend trying this on primates. And in some cases, they are transplanting diseased cells into mice to study the progression of disease. (Associated Press)

A new World Wildlife Fund report shows that wildlife around the world has suffered “devastating” declines over the past 50 years. It looked at 32,000 wildlife populations of 5,230 species—and found that they have fallen by an average of 69% between 1970 and 2018. The regions that suffered the greatest losses: Latin America and the Caribbean where the decline is as high as 94%. Globally, freshwater species dropped by an average of 83%. Why this matters: This "serious drop … tells us that nature is unravelling and the natural world is emptying." The silver lining: numbers of loggerhead turtles in Cyprus and mountain gorillas in certain African countries are improving thanks to conservation efforts. Reuters and Al Jazeera have the key highlights, and you can read the complete report here.

An Organisation for Economic Co-operation and Development (OECD) report looked at foreign students in 38 developed countries. And it found that Indians are most likely to remain in the country—rather than move back to India. Now, the Chinese comprise the largest number of students at 22%—compared to Indians who are only 10% of the international student population. But there’s a huge difference between who chooses to remain in the country. For example, in Canada, 71% of Indians held a work permit five years after their arrival—compared to 18% of Chinese. And in the US, Indian students accounted for 60% of the transition from a student visa to an H-1B work visa. Scroll and Indian Express have more details.

A hefty price tag for a football

One of the legendary Diego Maradona's best-known goals involved a handball foul in a World Cup quarter-final against England. It was not caught by the linesman and later Maradona cheekily claimed the goal was scored “a little with the head of Maradona and a little with the hand of God.” The ‘Hand of God’ football that received divine assistance is owned by the referee of that match—who is now putting it up for auction. It is  estimated to fetch $2.7 to $3.3 million. FYI: the shirt that Maradona wore in the same game was auctioned for a record $7.9 million. You can see the infamous goal below. (The Guardian)

Cartoon Network may never be the same again!

The beloved cartoon channel is being merged with Warner Bros. Animation thanks to a massive restructuring. What this will mean: huge budget cuts and less original content—since WBA is mainly dedicated to nostalgic reboots of old shows. The consequences are already visible:

“Earlier this month, Cartoon Network’s ‘Craig of the Creek’ and its spinoff ‘Jessica’s Big Little World’ had their season episode orders cut back by 50%. While both shows (and the upcoming ‘Craig of the Creek’ movie) are still happening, the way they’re being pared back despite being part of one of Cartoon Network’s most successful current franchises feels reflective of things to come.”

The Verge has more details.

One: Everything is going wrong for UK PM Liz Truss. Even a meeting with King Charles turned into a PR embarrassment—when the first thing he said to her was “So you’ve come back again?” Dear, oh dear, indeed! (The Guardian)

Three: Protest banners were hastily removed in Beijing—ahead of the big twice-in-a-decade Communist Party meeting. Protest banners are unusual in themselves but these were of an even rarer kind—as some specifically mentioned Xi: “Let us strike from schools and from work and remove the dictatorial traitor Xi Jinping.” Of course, Chinese authorities have not acknowledged their existence—but damning images are making their rounds on social media. FYI: Xi is expected to get a third term at the upcoming party congress. (ABC Australia) 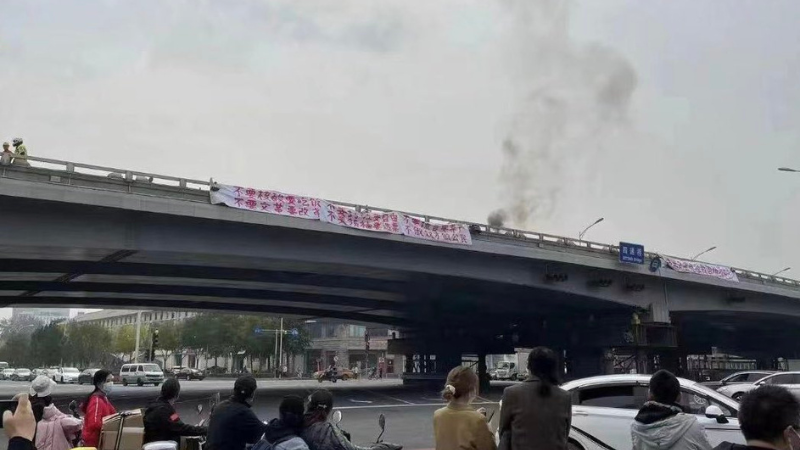