When splainer started, we were rooted in the newsletter ethos—offering a quick, quality read with a bit of context. But over time, we’ve become a daily mini-magazine that pulls together:

We’re not even a traditional “news” product any more like an Axios or The Skimm. As one subscriber once told us, “I don’t think there’s anything quite like splainer anywhere in the world.”

More importantly, we have a very different relationship with our audience—who are truly a community in the richest sense of the word. We’ve had the privilege of having a direct, personal connection with so many of you—and experiencing your support—it’s quite frankly humbling. In the months to come, we will double down on that relationship—by doing our best to give you more reasons to love us.

Being well-informed is not just about speed or convenience. Think back to when you learned something new as a kid—that moment of delight—and how you couldn’t wait to share it with the world. Knowledge+pleasure+connection. That’s the splainer credo. We’ve got the knowledge bit down pat. Our next big step is to offer you a lot more of the rest. It will take us a couple of months to get everything in place, including a full redesign. So stay tuned—and, hopefully, super excited:)

Gota is back in town!

Former Sri Lankan president Gotabaya Rajapaksa returned to the country after running away amid angry protests over the economic collapse—caused by his disastrous mismanagement (explained here). Furious Sri Lankans stormed the presidential palace in July, demanding his resignation. He jumped on a plane to Maldives—and then went on to Singapore and Thailand. Rajapaksa came back right after the International Monetary Fund gave the country a $2.9 billion bailout package. The man he backed as his replacement—opposition leader Ranil Wickeremsinghe—has offered a public assurance that he will be provided the same privileges as other former presidents. (Wall Street Journal)

Shivamurthy Murugha Sharanaru is the chief of the richest Lingayat mutt in Karnataka. The Lingayats, in turn, are a powerful voting bloc that can swing elections. Hence, the biggest politicians—from Rahul Gandhi to ex-CM Yediyurappa—pay their respects to the temple and its chief seer. But on Friday, Sharanaru was arrested for assaulting two minor girls and is currently in police custody. The arrest has been greeted by these same leaders either with silence, open expressions of support or, at best, calls to “let the law take its course.” Why this matters: the Karnataka state elections are slated for 2023. (The News Minute, Indian Express, paywall)

Pakistan strikes back: After losing the previous encounter in the Asia Cup, Pakistan staged a comeback with a five-wicket win over India. The key to their victory: a 73-run third-wicket stand between Mohammad Rizwan (71) and Mohammad Nawaz (42). The silver lining for India: Virat Kohli’s 60 from 44 balls that appeared to mark a return to form. FYI: The two teams are likely to meet again in what is sure to be a cracker of a final. Indian Express has a match report.

A historic win for Zimbabwe: The team beat Australia for the very first time on the Aussie home turf in an ODI match. The star of the match: Ryan Burl—who took five wickets in just three overs—and conceded only 10 runs. Indian Express reminds us that Burl and his team have beaten great odds to triumph, including playing in shoes held together with glue. Below is the image he tweeted out a year ago, saying: “Any chance we can get a sponsor so we don’t have to glue our shoes back after every series 😢” 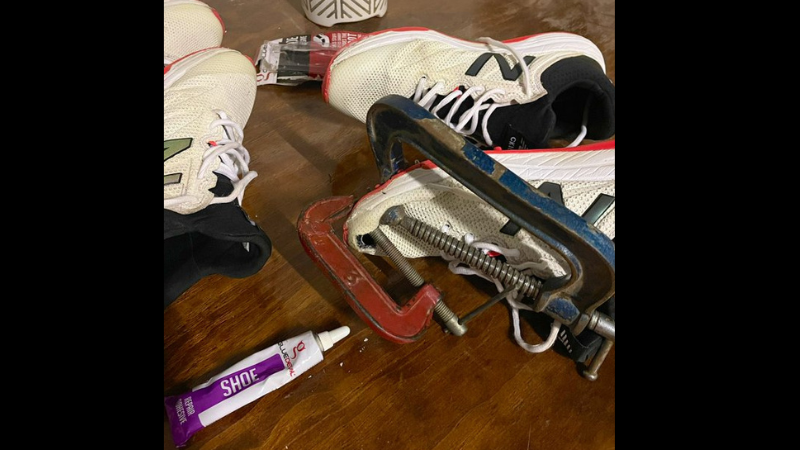 Artemis is going back to the garage

NASA just can’t get a break. The second attempt to launch its super rocket Artemis to the moon failed over the weekend. This time, the reason was a leak in a hydrogen fuel line that attaches to the bottom of the rocket:

“‘This was not a manageable leak,’ [mission manager Mike Sarafin] said, saying pre-planned procedures to fix the problem failed to work. Ground crews were able to resolve a hydrogen leak on Monday, but the techniques applied today ‘were not working in our favour,’ Sarafin said. Three different attempts were made today to fix the problem. None worked.”

So Artemis will be taken off the launch pad and rolled back into the warehouse—and the agency will try again towards the end of October. FYI: We have all the details on NASA’s big plan to return to the moon in our Big Story. (Gizmodo)

As you know, Gautam Adani made a big move to take control of NDTV last month (explained in detail in our Big Story). He essentially owns 29.18% of the company right now. But founders Radhika and Prannoy Roy still hold 32.26%—more than Adani. Except an Indian Express investigation has revealed a surprising new fact: a 9.75% stake is held by Mauritius-registered LTS Investment Fund Ltd. And a whopping 97.78% of LTS’ investments are in Adani companies. File that under ‘things that make you go hmmm’.

The winner of a fine arts competition in Colorado has generated a firestorm of controversy. The reason: ‘Théâtre D’opéra Spatial’ was generated by a tool called MidJourney that creates art based on input text. As one critic on Twitter put it: "This sucks for the exact same reason we don't let robots participate in the Olympics." In his defence, creator James Allen—who is a games designer—pointed out it took 80 hours and 900 iterations to create the artwork: “It's not like you're just smashing words together and winning competitions.” To be fair, the category clearly allowed for digital art submissions. See it below to judge for yourself. (CNN) 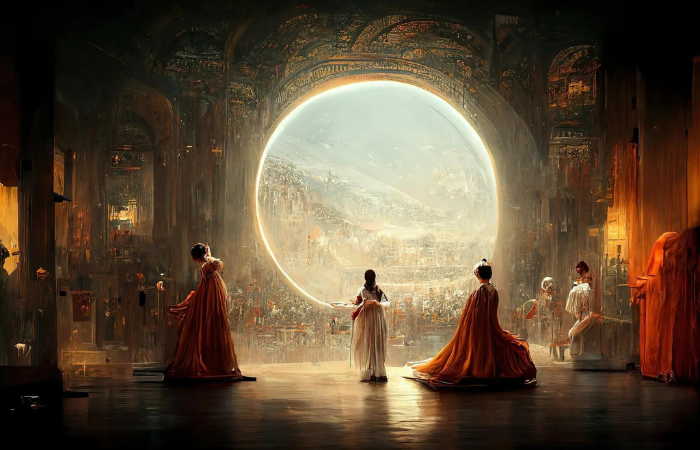 The reopening of Central Vista

The newly rebuilt heart of Delhi will be inaugurated by the Prime Minister on September 8. The two-kilometre stretch will now include vending zones—selling street food from 16 states. But banished forever: the ice cream carts of our childhood memories. Also banned: picnics on the lawns. The Hindu has more on the new rules. Our previous Big Story has everything you need to know about the project—and why it is controversial.

One: Here’s a surprising clip of Republic TV badshah Arnab Goswami—speaking his mind on the release of Bilkis Bano’s rapists. It will surprise you. FYI: we did a Big Story explaining why they were paroled.

Two: On Thursday, a man walked up to Argentina’s Vice President Cristina Fernández and shot her in the head. Her incredible luck: the gun—loaded with five bullets—misfired and she escaped uninjured. It’s quite an amazing thing to see. We still don’t know why the wannabe assassin—a Brazilian born in Argentina—tried to kill her. Al Jazeera has more details about the complicated politics involved.

Three: Twelve years ago, Exeter City football club’s star striker Adam Stansfield died of cancer at the age of 31 and his jersey number nine was retired. On Saturday, Stansfield’s son Jay—who is on loan to the FC from Fulham—stepped onto the field, wearing the number nine jersey, in an emotional moment for fans of the club. (Independent UK)

Four: NASA’s Juno Jupiter explorer has captured a new image of the planet—taken from a distance of 5,300 kilometres while zipping by at the speed of 209,000 kph. Image on the left shows how it would look to the human eye if you were on the explorer. The one on the right is digitally enhanced to reveal the intricate structure of Jupiter’s atmosphere. (Space.com) 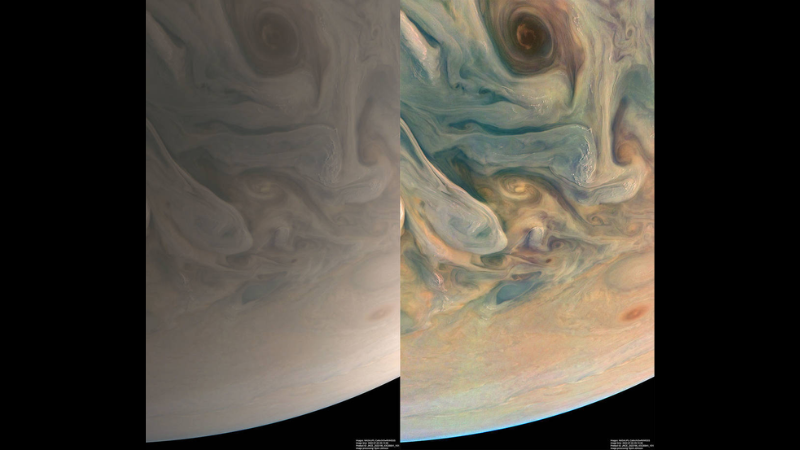