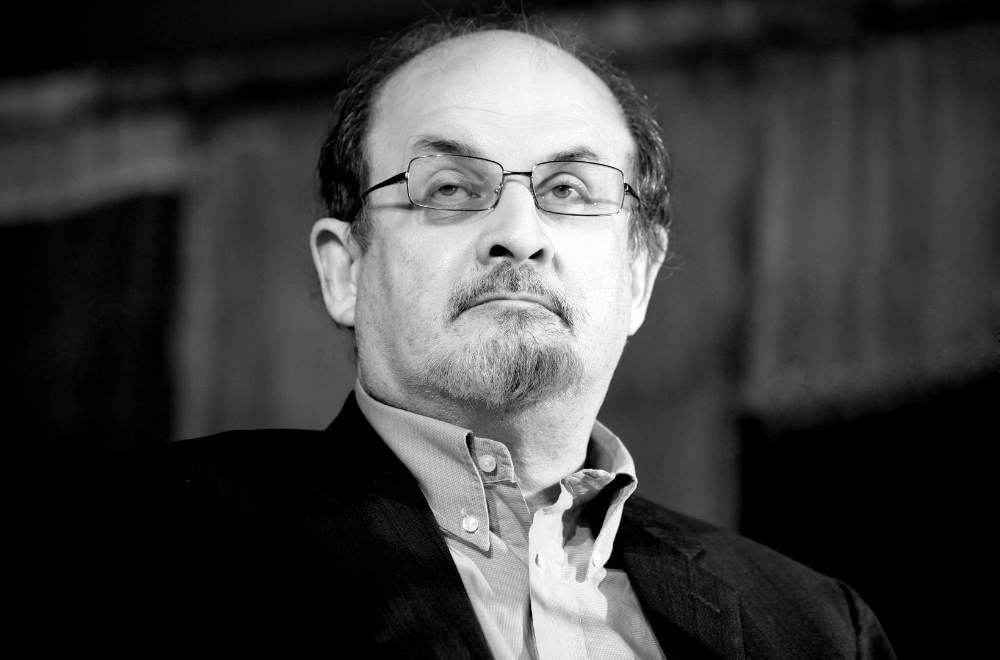 Salman Rushdie: The history of a fatwa

At a literary event on Friday, the author was stabbed 10 times by a man—fulfilling a fatwa issued 33 years ago. We look at what happened—and the  almost-forgotten roots of this tragedy.

First, tell me about the attack…

The attack: On Friday morning—around 11 am—Rushdie was on-stage at a summer lecture series hosted by the Chautauqua Institution—which is about an hour outside New York city. A man rushed on stage and stabbed him “repeatedly, with determination.” Security rushed on stage, as did members of the audience. But they were unable to intervene in time. One audience member said, “It took like five men to pull him away and he was still stabbing…He was just furious, furious. Like intensely strong and just fast.”

Watch the clip of the assault below:

The injuries: Rushdie was stabbed 10 times in the neck and abdomen. According to his agent, he has suffered damage to his liver and nerves in one arm, and that he is likely to lose an eye. But the good news is that he is off the ventilator: “The road to recovery has begun. It will be long; the injuries are severe, but his condition is headed in the right direction.” His son Zafar confirmed that Rushdie is “able to say a few words…Though his life changing injuries are severe, his usual feisty & defiant sense of humour remains intact.”

The attacker: is a 24-year-old named Hadi Matar, a US citizen from Lebanon—who lives in New Jersey. He took the bus to the event to target Rushdie in a premeditated attack. He has pleaded not guilty in court—and the investigators are still unclear about his motives. Intelligence officials told Vice that the “stabbing had all the hallmarks of a ‘guided’ attack, where an intelligence service talks a supporter into action, without direct support or involvement in the attack itself.”

Both the Hezbollah in Lebanon and the Iranian government have denied any involvement. Tehran instead blamed Rushdie for crossing “red lines,” saying: “In this case, we don’t blame or condemn anyone except Salman Rushdie and his supporters.” The Iranian newspaper Khorasan published a large image of Rushdie on a stretcher with the headline: “Satan on the path to hell.”

Reactions: The attack was widely condemned by leaders in the West—including US President Joe Biden. Among those who stayed quiet: India and Pakistan. When asked about the tragedy, External Affairs Minister S Jaishankar said: “I also read about it. This is something that the whole world has noticed and the whole world has reacted to such an attack.” Unsurprisingly, the incident became more fodder for left/right brawls on social media. A number of BJP supporters and TV channels compared Rushdie to BJP spokesperson Nupur Sharma—who was suspended for making derogatory comments about Prophet Muhammad.

“The first and most important thing to emphasise is that all of us don’t always realise that the threat to Rushdie’s life did not emanate from India as so many people on social media seem to believe. Yes, India was the first country to ban the book and there were protests in both India and Pakistan. But Rushdie was in no personal danger.”

All this is about ‘Satanic Verses’, yes?

Yup. Much of what happened and why is now forgotten. And contrary to the unanimous support given to Rushdie today, the book sparked an angry debate both in the West and in India. Here’s a refresher guide to the so-called Rushdie Affair.

About Rushdie: He was born in Mumbai in 1947 to a Kashmiri family. His father was a successful businessman who sent his son to a boarding school in England at the age of 14—an experience he often described as “absolutely awful.” He went on to study at Cambridge, and published his first book ‘Grimus’ in 1975—which didn’t receive much notice. Below is Rushdie circa 1974: 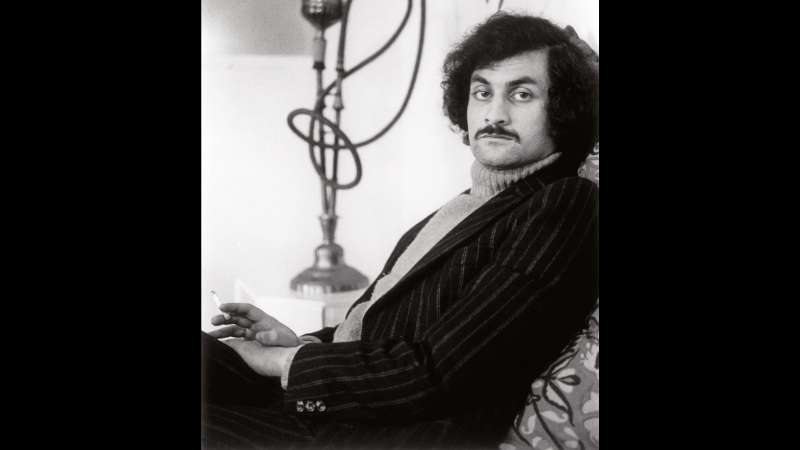 Literary success: Rushdie’s next novel ‘Midnight’s Children’ put him on the literary map—winning the Booker in 1981. It contained the twin enduring themes in Rushdie’s writing: India and Bombay—despite his best efforts: “I've never yet managed to write a novel which didn't have an Indian central character.” But he has also been India’s fiercest critic. Asked to write on India’s 75th anniversary for PEN, he offered this:

“Then, in the First Age of Hindustan Hamara, our India, we celebrated one another’s festivals, and believed, or almost believed, that all of the land’s multifariousness belonged to all of us. Now that dream of fellowship and liberty is dead, or close to death. A shadow lies upon the country we loved so deeply. Hindustan isn’t hamara any more. The Ruling Ring – one might say – has been forged in the fire of an Indian Mount Doom. Can any new fellowship be created to stand against it?”

If he does not fully recover, these may well be his last written words on his country of birth.

“Indira Gandhi, India's prime minister at the time, actually sued him for suggesting that her son Sanjay blamed her for the death of her husband, his father. Rushdie eventually yielded to pressure from his publishers to remove the passage as long as she agreed that there was nothing else in the book—a book fairly critical of her—that she considered actionable, and he says that the Indian press concurred with his view that this settlement was more a humiliation for the prime minister than for the author.”

Satanic Verses: Rushdie’s signature style ‘magical realism’ blurs the line between fact and fiction—deploying the surreal and the absurd to question the ‘stories’ we tell ourselves. ‘Midnight’s Children’ laid out the ‘story’ of independent India. In his fourth novel, Rushdie turned his attention to religion, specifically, the Quran—which he treated as a ‘story’ told by an unreliable narrator, i.e Prophet Muhammad. Reminder: Muslims view the text as the inviolable word of God—revealed to the Prophet by the Archangel Gibreel (Gabriel).

The alleged ‘blasphemy’: One of the main characters in the novel is a Bollywood actor named Gibreel Farishta. Having survived a terrorist bomb on a plane, Farishta falls into a delirium where he has visions of the encounter between the angel and the Prophet. And this is where the trouble starts:

But, but, but: None of this was the actual cause for the fatwa issued by Ayatollah Khomeini—then the Supreme Leader of Iran. The book initially sparked outrage among Muslims in the UK and India—leading to angry protests. India, in fact, was the first to ban the book—not Iran. ‘Satanic Verses’ caught the attention of Khomeini only when a group of clerics pointed out parts of the novel lampooned him as a deranged imam. And that’s when he issued the fatwa:

“I would like to inform all the intrepid Muslims in the world. . . that the author of the book titled 'The Satanic Verses', which has been compiled, printed, and published in opposition to Islam, the Prophet, and the Koran, as well as those publishers who were aware of its contents, have been declared madhur el dam [“those whose blood must be shed”]. I call on all zealous Muslims to execute them quickly, wherever they find them, so that no one will dare to insult Islam again.”

A key point to note: Apart from injured pride, Khomeini was also motivated by geopolitics:

“The background to the controversy was the struggle between Saudi Arabia and Iran to be the standard bearer of global Islam. The Saudis had spent a great deal of money exporting the fundamentalist or Salafi version of Sunni Islam, while Shiite Iran, still smarting from a calamitous war and humiliating armistice with Iraq, was keen to reassert its credentials as the vanguard of the Islamic revolution.”

FYI: Not everyone supported Rushdie in the UK or in India—where many viewed him as irresponsible. Khushwant Singh—then editor of Illustrated Weekly—called for the book to be banned, while Faroukh Dhondy suggested: "Rushdie should do anything possible. I would grovel before the Ayatollah." In the UK, he was criticised by authors like John Le Carre and cranky Tories, one of whom wrote:

“I wonder how Salman Rushdie is faring these days under the benevolent protection of British law and British police, about whom he has been so rude. Not too comfortably I hope... I would not shed a tear if some British Muslims, deploring his manners, should waylay him in a dark street and seek to improve them. If that should cause him thereafter to control his pen, society would benefit and literature would not suffer.”

The fallout: was swift. An Iranian religious foundation placed a $1 million bounty on his head—$3m if an Iranian carried out the killing. Iran broke off relations with Britain over the issue. And Rushdie went into hiding for years. He publicly embraced Islam, apologised twice but to little effect—until a reformist Iranian government in 1997 signalled it no longer supported the execution of the fatwa. That’s when he emerged from hiding.

But, but, but: Even if Rushdie was spared until now, others were often not as lucky:

As for the fatwa: As Iran has swung back toward isolation and conservatism, the fatwa has occasionally reared its ugly head. As recently as 2016, one of the ministers declared: “Imam Khomeini’s fatwa is a religious decree and it will never lose its power or fade out.”

But Rushdie didn’t seem to be worried. In 2019, he said: “We live in a world where the subject changes very fast. And this is a very old subject. There are now many other things to be frightened about—and other people to kill.”

The bottomline: Guess he was wrong. The fatwa has proved instead to be a lethal arrow that once released can never be revoked.