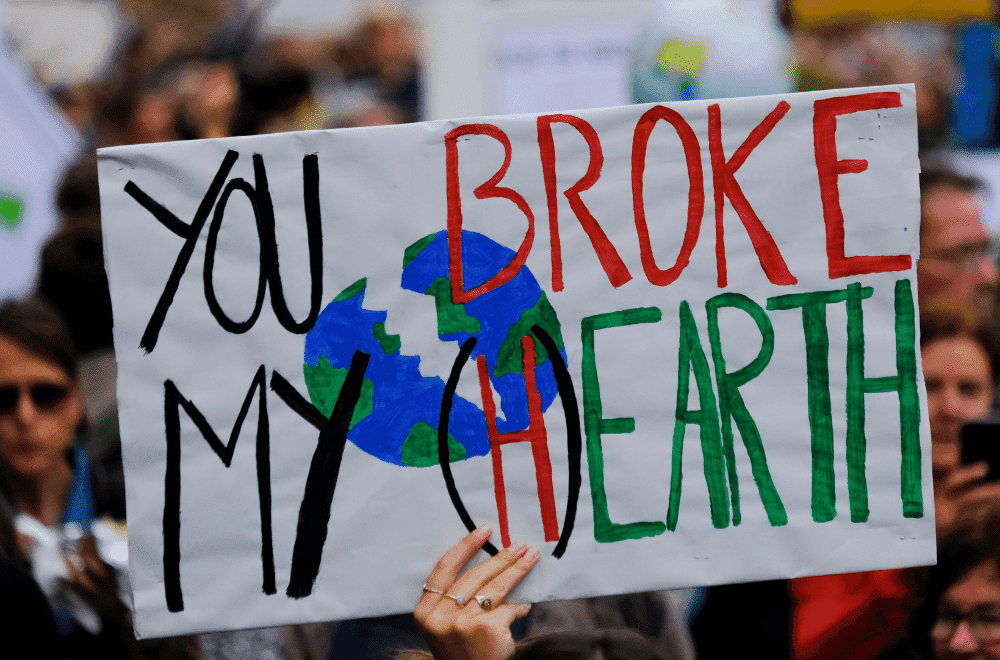 The COP27 climate change summit: Both a ‘hit’ and a ‘miss’

The conference was supposed to set out a concrete implementation plan for the agreements reached at the Glasgow summit last year. It resulted in a big breakthrough: the first ever fund for climate damage for vulnerable countries. And a big disappointment: no real commitment to phase out the use of fossil fuels—which creates all that damage.


Editor’s note: There are also extended guides to the new user data privacy bill and the World Cup in Headlines That Matter. Yes, this was an eventful weekend.

First, a bit of background

COP27 stands for the 27th Conference of the Parties to the United Nations Framework Convention on Climate Change. It is an annual summit when almost every country in the world comes together to share their plans—and agree on shared goals to tackle climate change. This year’s meeting was held November 6-18 in Sharm el-Sheikh, Egypt.

Why it matters: It is the only platform that offers any hope or opportunity for coordinated global action—which is essential to avert catastrophic global warming. As one leading activist puts it: “If you didn’t have COP, you would need to invent it, because you need people to come together every year and talk about climate.”

Why it matters even more now: The COP27 summit took place after a year of extreme weather events ravaged the globe. The price of climate change was glaringly obvious in the most vulnerable countries like Pakistan—which has suffered devastating floods (explained here). And yet, with a global recession round the corner—coming on the heels of the Ukraine invasion and a two-year pandemic—most governments are far more worried about their nation’s GDP than the planet.

Kinda like ‘hostage’ negotiations: High stakes and frayed nerves made consensus difficult to reach. Negotiations were tense, gridlocked and dragged on for two days past the scheduled deadline—into "hostage phase," as one South African delegate put it. The host Egypt was criticised for not doing enough to herd the fatcats—and playing favourites among nations—making for an “un-transparent, unpredictable and chaotic” summit. The final agreement was finally pushed through with great haste in the early hours of Sunday morning.

The big hit: The ‘loss and damage’ fund

First, some context: We may bristle at words like ‘developed’ and ‘developing’ to describe nations. But in the context of climate change, it is important to acknowledge that so-called advanced nations have spent decades spewing emissions into the atmosphere to become prosperous. Less than a fifth of the world has been responsible for three-fifths of all past emissions. The US and the EU alone have contributed a whopping 45%. Developing countries rightly argue that the burden of correcting the current state of affairs should fall on their shoulders. Yet, the 2021 Glasgow summit did not make any headway in this area:

“In the final compromise, countries agreed to begin a two-year work plan ending in 2024 to settle on how climate finance will ramp up to meet the needs of the most vulnerable nations in the future. In the meantime, developed countries agreed to collectively double funding for climate adaptation projects by 2025.”

A key breakthrough: This year, the developing countries came determined to extract their due—and for the first time ‘loss and damage’ was a headline item on the COP agenda. In a historic move, the final COP27 declaration included an agreement to set up a UN-administered fund. It will help developing countries pay the immediate costs of  extreme weather events such as storms and floods.

This is important for several reasons. At least at the symbolic level, developed countries have accepted some measure of responsibility for climate change. Also this: until now, wealthy countries had only agreed to offer limited cash to help poorer countries cut greenhouse gas emissions—which is laughable given how little they contribute to the overall damage.

“Cop27 has done what no other Cop has achieved and created a loss and damage fund to support the most impacted communities of climate change. This has been something which vulnerable countries have been calling for since the 1992 Rio Earth Summit. To quote the Three Lions England football song, after 30 years of hurt, climate action is finally coming home on African soil here in Egypt.”

But, but, but: As with any global agreement—which involves all sorts of interests—the details are fuzzy. And there is a high chance that it may prove to be a damp squib. Here are all the unanswered questions:

One: Who will pay for this fund? The EU insists countries that are wealthy today ought to pitch in—saying the list must take into account their current per capita income and emissions: “If you freeze time in 1992, there are some countries that now have huge potential to support climate finance who will be off the hook, which is unacceptable.” Likely candidates include Singapore, South Korea, Gulf nations, and Israel.

Point to note: The final text also signalled that potential funders should include development banks and other global financial institutions like the World Bank and IMF. And this: “In all, the world needs to invest at least $4 trillion every year to create a low-carbon global economy, the final agreement says. Raising that sort of money will require a ‘transformation’ of the entire financial system.”

Two: Who will benefit from the fund? The developed countries insist the criteria must be strict and the list of beneficiaries should be limited. There is no agreement over whether all developing countries should be eligible—or just the most vulnerable, like small islands and African nations. FYI: as per the UN framework, India and China are still considered developing countries. At least China has agreed to make a “voluntary” contribution.

Three: There are no deadlines or funding targets. The language is opaque and vague:

“The deal does not place a specific burden on developed countries, and calls for ‘new and additional resources...from other sources, funds, processes and initiatives, including outside the Convention and the Paris Agreement’—language that implies voluntary contributions from a wide range of countries, development banks, and the private sector.”

As one African activist says:

"It's worth noting that we have the fund, but we need money to make it worthwhile. What we have is an empty bucket. Now we need to fill it so that support can flow to the most impacted people who are suffering right now at the hands of the climate crisis."

This is a real worry since wealthier nations have already failed to deliver the $100 billion promised by the 2015 Paris agreement.

The big ‘miss’: Zero mention of the O-word

Despite the grandiose pledges to roll back emissions in Glasgow last year, this year’s declaration included zero plans to actually meet those targets. Alok Sharma—who presided over COP26—summed it up thus: “Emissions peaking before 2025…Not in this text. Clear follow-through on the phase down of coal: not in this text. A clear commitment to phase out all fossil fuels: not in this text.”

Whither fossil fuels? “Stonewalled” by oil-producing Arab states and China, the final text only calls for reducing dependence on coal—and subsidies for fossil fuels. It does not call for the phasing out of oil or gas. The summit instead revealed the true clout of the fossil fuel industry—which had a large presence at Sharm-el-Sheikh: “Attendees connected to the oil and gas industry were everywhere. Some 636 were part of country delegations and trade teams. The crammed pavilions felt at times like a fossil fuel trade fair.” FYI: the next COP28 will be held in UAE—which bodes ill for any hope for change.

Point to note: The declaration still affirms a commitment to limiting global warming to 1.5°C. Even that language was included only after the EU delegation threatened to walk out—saying “no deal is better than a bad deal.” Data point to note: the wording is a bit moot since sticking to that threshold will require emissions to fall 45% by 2030. Right now, they are on track to increase by 7% by that year.

India’s role: The Indian delegation did its best to include phasing out all fossil fuels in the final agreement—after being blamed for watering down language around coal in Glasgow. While there was plenty of support for New Delhi’s proposal, the oil nations finally got their way.

The bottomline: Given the chaotic state of the world, no one expected COP27 to achieve very much. The silver lining is that none of the countries rolled back their pledges—despite the rising tide of economic worries. And we achieved at least one unexpected and historic milestone. Also this:

“On the sidelines, while negotiations puttered along or petered out, billions of dollars in clean energy deals were struck, activists and community leaders directly addressed ministers and heads of state, and the broad, messy coalition of people across the global economy had a chance to coalesce around a shared vision.”

BBC News and NPR offer key takeaways from the summit. Quartz (free w/ log in) has the best analysis of the outcome. The Guardian and Washington Post look at the ‘loss and damage’ fund—while the Economist (free w/ log in) looks at the implications for the broader financial system. On the failure on fossil fuels, read CNN—while Al Jazeera outlines why so many are sceptical about India’s pledges. Read The Hindu on India’s confusing strategy to reduce emissions.