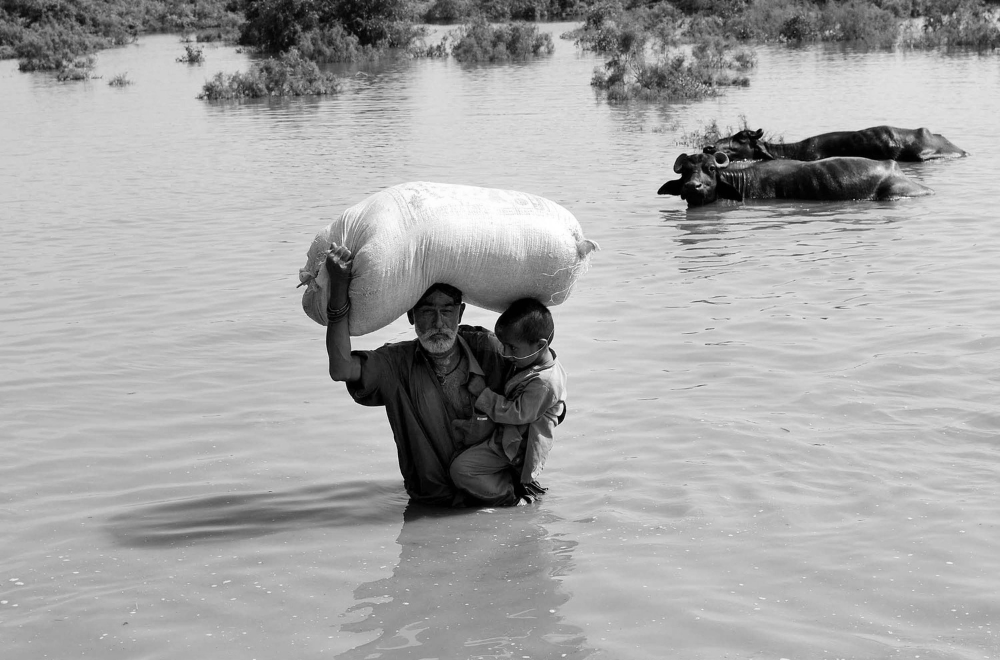 Pakistan under water: Not just another flood

We have become inured to natural disasters—which seem to strike with ever increasing frequency. But the monster floods in Pakistan will set back the nation by decades—causing long-term damage that may be near-impossible to overcome.

Vast swathes of Pakistan have been devastated due to what UN Secretary General António Guterres described as “monsoon on steroids.” Here’s how bad it is:

Map to note: This is what Pakistan looks like right now: 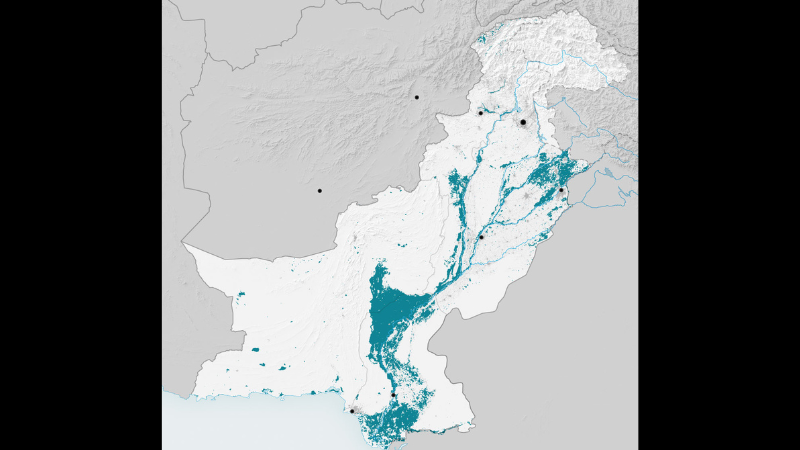 The monster monsoon: It has been raining non-stop since June. Pakistan received nearly 190% more rain in July and August—totalling 391 mm (15.4 inches). Worst hit: the province of Sindh which received 466% more than the 30-year average–680.5 mm as opposed to 109.5mm. The rains are expected to continue in September.

Quote to note: On a recent visit to the country, Guterres said: “I have seen many humanitarian disasters in the world, but I have never seen climate carnage on this scale. I have simply no words to describe what I have seen today.”

A global wave of extreme heat: Some 125 countries across six continents suffered drought conditions this year. And 33 countries reported heatwaves. Some scientists attribute this to Rossby Waves—which are global waves that sweep across the planet’s atmosphere just as they do in the oceans.

Pakistan’s summer of woes: Temperatures reached above 40°C for prolonged periods in many places—with the city of Jacobabad topping 51°C in May. As one ex-minister put it: “These were not normal heat waves—they were the worst in the world. We had the hottest place on Earth in Pakistan.”

Why the heat matters: Hot air holds more moisture. For every 1°C of warming, the atmosphere can hold 7% more moisture—which is why climate change experts warn extreme floods will be a natural corollary of global warming. And many had forecast “above normal” levels of rain for Pakistan this year.

Also, glaciers: The intense heat also melted glaciers in the mountains—increasing the water in tributaries that merge into the Indus river, which is Pakistan’s largest river and runs across the length of the country. The high temperatures also affected glacial lakes—formed by water from glaciers kept in place by glacial ice. When the ice melts, it creates a “glacial lake outburst” causing the water to come flooding down the slopes,

Data point to note: Pakistan is home to over 7,200 glaciers—more than anywhere outside the poles. And it has more than 3,000 glacial lakes—of which 33 are “prone to hazardous glacial lake outburst flooding.” This is one reason why it is the 8th most vulnerable country to climate change. FYI: a 2021 study found that “ice is now being lost from Himalayan glaciers at a rate that is at least ten times higher than the average rate over past centuries.”

As for climate change: The jury is still out as to whether these extreme floods were directly caused by climate change. But there is no doubt that global warming played a big role in amplifying the effects of unusual weather patterns. If nothing else, Pakistan is a cautionary tale of what awaits all of us if we do not plan for extreme weather:

“While the increase in floods is very strongly linked with climate change, and climate change is a threat that is multiplying for us, most of the losses incurred during flooding are often actually due to poor governance and a weak economy. We are not weaving climate change into our planning. Until we do that, our vulnerability will continue to increase.”

Before the floods, Pakistan’s economy was already in bad shape—struggling with plummeting foreign exchange reserves. It finally received a $1.1 billion bailout package from the International Monetary Fund in August—but it may be far too little to help.

A food emergency: The country’s entire agriculture belt is under water—threatening its supplies of wheat. More than 80% of the crops have been destroyed in Sindh Province—which produces around a third of the country’s food supply—and has been among the hardest hit. A local World Food Program official says: “There’s no buffer stocks of wheat, there’s no seeds because farmers have lost them. If the flood levels don’t recede before the planting season in October, we’re in big trouble.”

FYI: Aid officials are warning of a second wave of deaths caused by food shortages in flooded areas. Even unaffected parts of the country are struggling with runaway inflation—which hit 27.3% in August. Pakistan may have to import wheat—at a time when global prices are soaring due to the Ukraine invasion. The reason: Russia and Ukraine are among the top global suppliers of wheat.

Trade deficits: Pakistan is one of the world’s top exporters of cotton—and it accounts for 10% of its GDP. But as much as half of the country’s crop has been destroyed. Close to 70% of Pakistan’s textile industry relies on this cotton. It is also a key source of employment and foreign exchange. Pakistan may have to import cotton instead—at a potential cost of close to $3 billion.

Point to note: As the New York Times notes: “Land ownership remains an extremely feudal system in Pakistan, made up largely of vast estates cultivated by farmers who work as forced labour, primarily in the form of debt bondage.” While the zamindars will still be fine, millions of farmers have now been thrown into poverty—already up to their eyeballs in debts taken to pay for seeds, pesticides, and fertilisers.

About that IMF loan: The money was released only after Pakistan agreed to a number of financial austerity measures—which will now be impossible to execute. The government certainly can’t raise taxes. As one expert sums it up:

The bottomline: We leave you with a data point and two maps. Pakistan contributes less than 1% of global greenhouse gas emissions. These maps below show the difference between those countries that contribute the most to global warming—on top—and those who will suffer its most devastating effects: 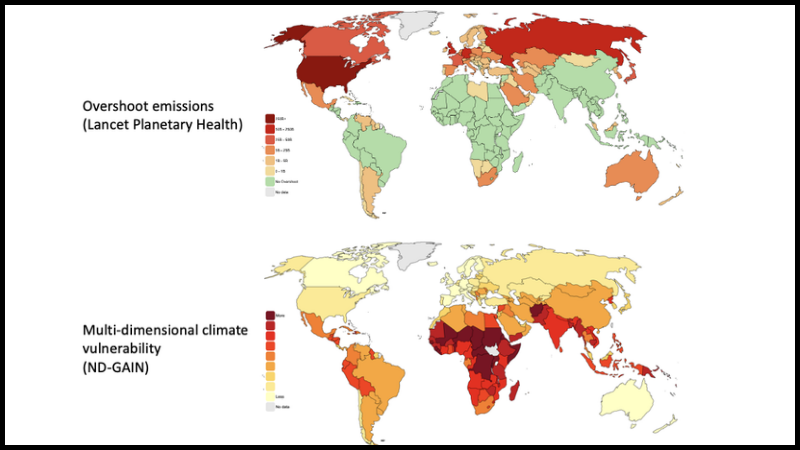