Yuan Wang 5 has the capability to track missiles and satellites—and planned to dock in Hambantota port earlier this month. But New Delhi was unhappy at the thought of such a ship so close to our shores. So the Sri Lankan government—which has leaned heavily on India during its current economic crisis—first delayed its arrival. But Colombo then did a U-turn and allowed the ship to dock yesterday. The likely reason: “Chinese loans account for about 10% of Sri Lanka’s total foreign debt.” Asked about India’s concerns, the Chinese envoy in SL simply said: “I don’t know. Maybe this is life.” Also read: our Big Stories on the economic crisis and China’s debt diplomacy in Sri Lanka. (Indian Express)

This time around, the culprit isn’t a Covid outbreak but extreme heat. The country is experiencing the worst heatwave in 60 years. This, in turn, has resulted in a severe power shortage—forcing Sichuan province to order all factories to shut down for six days. Why this matters to the rest of the world:

"Sichuan is a key manufacturing location for the semiconductor and solar panel industries and the power rationing will hit factories belonging to some of the world's biggest electronics companies, including Apple (AAPL) supplier Foxconn and Intel (INTC). The province is also China's lithium mining hub—a key component of electric car batteries—and the shutdown may push up the cost of the raw material, analysts said."

Speaking of heatwaves: As rivers across Europe run dry, the receding waters have revealed all sorts of strange artefacts—including a bridge that dates back to the rule of Roman emperor Nero. The biggest reveal, however, is an entire village in Spain—which was flooded in 1992 to make room for a reservoir. See it below. Bloomberg News has lots more on these hidden treasures unearthed by global warming. 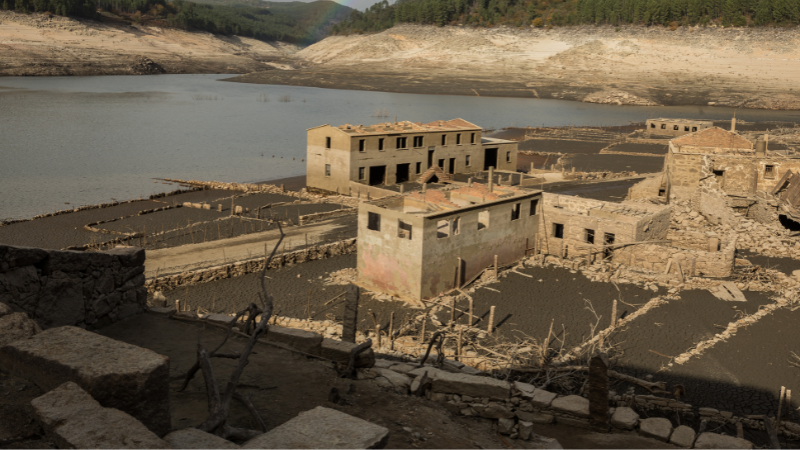 Scotland has become the first nation in the world to make all period-related products free for its citizens. The newly passed Period Products Act tackles the very real problem of ‘period poverty’—addressing the needs of millions of women around the world who can’t afford tampons or pads. Local authorities will now be required to give “anyone who needs them” access to different types of period products “reasonably easily” and with “reasonable dignity.” (BBC News)

We all know mental work can be as exhausting as the physical kind. New research has uncovered the reason why: prolonged cognitive work results in the build up of a compound called glutamate in the front parts of the brain. And since an overload of glutamate is bad for you, your brain just puts its tools down—making mental tasks more difficult. (New Scientist)

Say hello to the Tasmanian tiger

The last Tasmanian tiger in the wild was killed in 1930—and the last captive one died in a zoo in 1936. A group of scientists have now launched an ambitious project to ‘de-extinct’ the beast—using gene-editing technology. They have “a complete blueprint” thanks to a specimen held in a museum. Colossal, which is already planning to bring back the woolly mammoth, plans to spend $10 million to bring back the marsupial. They hope the first joeys will be born in about 10 years. Nope, contrary to its name, this tiger isn’t a cat. (The Guardian)

In other animal-related news: Meanwhile, in Japan, nature is biting back. Beachgoers are being terrorised by a single dolphin that has attacked at least six people. While such attacks are rare, they most often occur because humans get too close:

“‘There are certain body parts where dolphins don’t like to be touched, like the tip of their nose and their dorsal fin,’ Masaki Yasui, an official from the tourism promotion department, told Agence France-Presse, adding that videos posted on social media appeared to show swimmers trying to touch the Fukui dolphin.”

Mattel is mad at Rap Snack for rolling out a Nicki Minaj-themed line of potato chips—called ‘Barbie-Que Honey Truffle’. And it has sued the snack company charging violation of its trademark rights. Interestingly, Minaj—who has long embraced a Barbie-like persona and even did a Barbie collab with Mattel—was not named in the lawsuit. (Reuters) 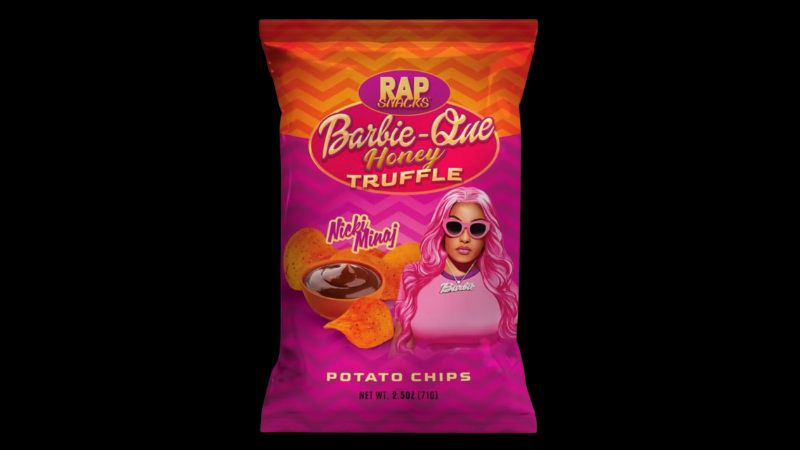 One: The Cincinnati Zoo and mommy Bibi got an unexpected surprise: a baby hippo named Fritz—named in acknowledgement of the fact that his mom’s birth control ‘fritzed’: “Most forms of contraception, in hippos or humans, (are) not 100 percent reliable. The dose that was previously effective for Bibi did not prevent pregnancy this time.” Well, ladies, it happens to all of us. FYI: Fritz has a famous sister Fiona—who is already a viral sensation. You can see the adorable mom-and-baby combo below. (Popular Science)

Two: Also insanely adorable: these three newborn cubs—who were born in Gaza in the midst of Israeli strikes on the region. This is truly a miracle in the midst of tragedy—more so since the mother suffered multiple miscarriages due to the fighting: “[Loud noises] causes stress to the wild animals, especially the lions, whose roars get higher, and they keep moving in a circular way inside the cage.” This lovely photo was taken by Majdi Fathi, a freelance photographer from Palestine. (ABC News) 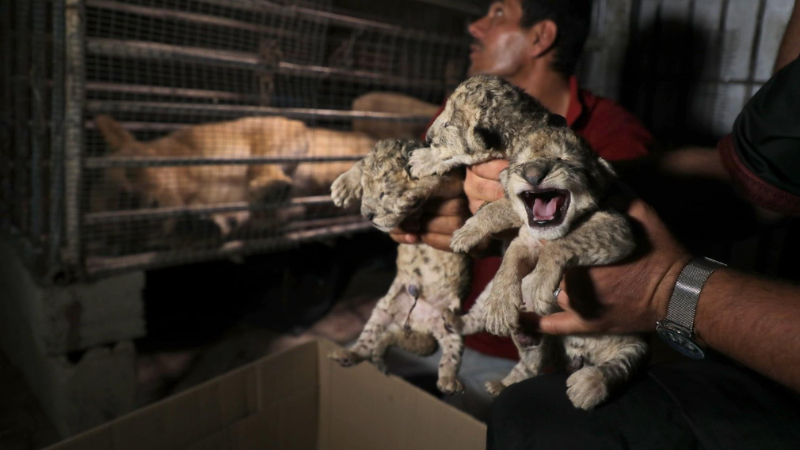 Three: This is more the stuff of nightmares—mercifully, the fictional kind. Check out the trailer for director Guillermo del Toro's Netflix horror anthology called ‘Cabinet of Curiosities’. Gizmodo has all the details on the eight episodes—and the stellar cast.