A cancer breakthrough on air pollution

UK researchers have made a startling discovery of how air pollution causes cancer—and it may change our understanding of tumours. Until now, scientists believed that cancer originated in a healthy cell which mutated until it became cancerous and started to grow uncontrollably. But the new study looked at the effects of air pollution—and found instead that particulate matter acted as a trigger. It awakened already damaged cells within our body—which were lying dormant.

How this works: Breathing in particulate matter leads to the release of a chemical alarm—interleukin-1-beta—in the lungs. This alarm causes inflammation and activates cells to help repair any damage—which also “wakes up” cells that have cancerous mutations.

Why this is a big deal: Scientists can now look for ways to block that alarm signal to prevent cancer: “The idea of taking a cancer-blocking pill if you live in a heavily polluted area is not completely fanciful.” Point to remember: this may not be the only mechanism by which people get cancer. (BBC News)

Also a “game changer” for cancer: A new study shows that a simple blood test can detect multiple types of cancer—before the patients develop symptoms. The Galleri test—which looks for cancer DNA in the blood—can also point to the location of the cancer:

“The test identified 19 solid tumours in tissues such as the breast, liver, lung and colon, but it also spotted ovarian and pancreatic cancers, which are typically detected at a late stage and have poor survival rates. The remaining cases were blood cancers. Out of the 36 cancers detected in total, 14 were early stage and 26 were forms of the disease not routinely screened for.”

We still need to wait for results of larger trials, but medical experts say it opens the door to a new era of cancer screening. (The Guardian)

India’s consumer inflation touched 7% in August—up from 6.71% in July. The main cause for the surge: a 7.62% spike in food prices—which are higher in rural, compared to urban areas. This is terrible news for less affluent Indians for whom food accounts for the greater part of the household budget. The Hindu has more details. We explained the food inflation crisis at length in our previous Big Story.

The royal succession: The latest update

One: Many nations in the Queen’s realm have decided that her death may be the right time to push for a divorce. Antigua and Barbuda announced plans to hold a referendum over the next three years—to become a republic. These reflect similar sentiments within the other 13 nations (other than the UK) who have the British monarch as the head of state–including Australia and New Zealand.  (CNN)

Two: Unlike us mere mortals, King Charles III will not be paying inheritance taxes on the fabulous estates he’s inherited from “darling mama.” These include the Crown Estate which is estimated to be worth more than $34.3 billion in assets. The reason: in 1993, the UK government introduced a rule just to exempt the royal family. Other UK citizens have to pay a hefty 40% tax on all inherited property worth more than £325,000 ($377,000). (Business Insider)

Three: Anti-monarchy protesters have been arrested for challenging the accession of Charles to the throne. These include a woman who held a sign reading "Abolish monarchy" and "F*** imperialism" at St. Giles' Cathedral in Edinburgh—where the queen's body is lying at rest. And in London, a woman was led away by police for holding up a sign reading "Not my king"—which has now become a trending hashtag. (NPR)

New research by the Wildlife Institute of India (WII) shows that our 335 university campuses are home to 779 of India's 1,327 known bird species. These include  five critically endangered birds—white-rumped vulture, Indian vulture, slender-billed vulture, red-headed vulture, and Baer's pochard. They have an average of 88 species per location.

Why this matters: As urban development destroys habitats, these relatively untouched areas show that even small parcels of land can act as wildlife havens. And it affirms “reconciliation ecology”–which argues that land used by humans can also support biodiversity. A truly remarkable bit of data: the 335 campuses occupy 290 square kilometres of space, which is less than 0.008% of Indian land—and yet harbour more than half of the country's bird species. The original study is here. (The Telegraph)

The platform is trialling a tool that allows you to directly share other people’s content on your feed. Zero points for guessing where this feature is copy/pasted from. The reels and posts you share will be hosted under a ‘Repost’ tab like so: 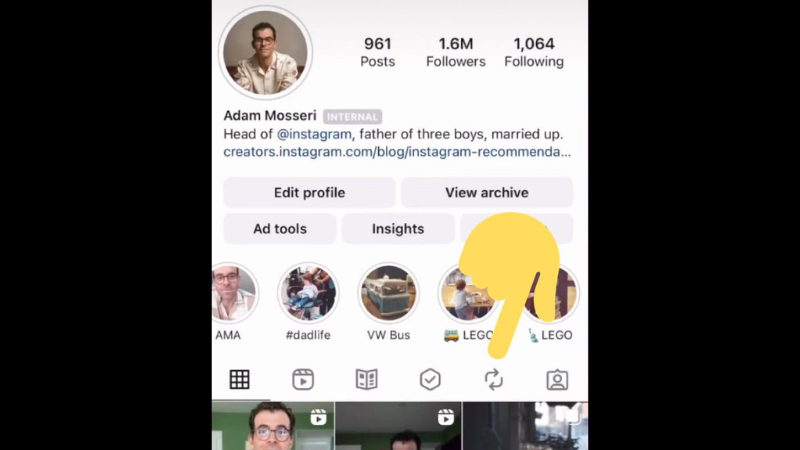 Right now you have to use a third-party app to reshare content. Meta’s reason for doing this: “So people can share what resonates with them, and so original creators are credited for their work.” FYI: TikTok is also testing its version of Twitter’s RT feature. (TechCrunch)

People who’ve been regularly feeding streeties are now being accosted by strangers—who insist that the Supreme Court has cracked down on the practice. The Court recently heard a case on the use of birth control to control their numbers. One of the parties claimed that people who feed strays should be made responsible for their vaccinations–and bear the costs if the dogs attack someone. But the media reports wrongly attributed these claims to Justice Sanjiv Khanna. According to lawyers who were actually present in court:

“The false report first appeared on an online news site as a suggestion of the apex court bench. This item was subsequently picked up by other media houses. This is unprofessional and unethical.”

It’s also why people are being harassed by random folks on the streets. Misrepresenting a ruling on dogs may not seem all that serious, but it is sad testimony to the state of legal reporting in India. (Bangalore Mirror)

One: The government has been all worked up about car safety ever since Cyrus Mistry died in a car accident earlier this month. Union minister Nitin Gadkari announced new rules that focused on making wearing a seatbelt in the backseat mandatory. But the new ad released by the government seems to be pushing folks to buy cars with six airbags–with a weird subtext that seems to endorse dowry. FYI: Mistry was travelling in a Mercedes model that had seven airbags. So we’re not sure what our sarkaar is on about. (NDTV)

“Ancestor depicts a ‘universal mother figure linking our cultural and personal pasts and futures’…‘It embodies the complexity and potential of the ‘Intermediaries’, and of Indic and global traditions of creator deities that challenge identities by bringing together male and female into a single philosophical form’.”

It will eventually be housed at the Kiran Nadar Museum of Art in Delhi. (The Print) 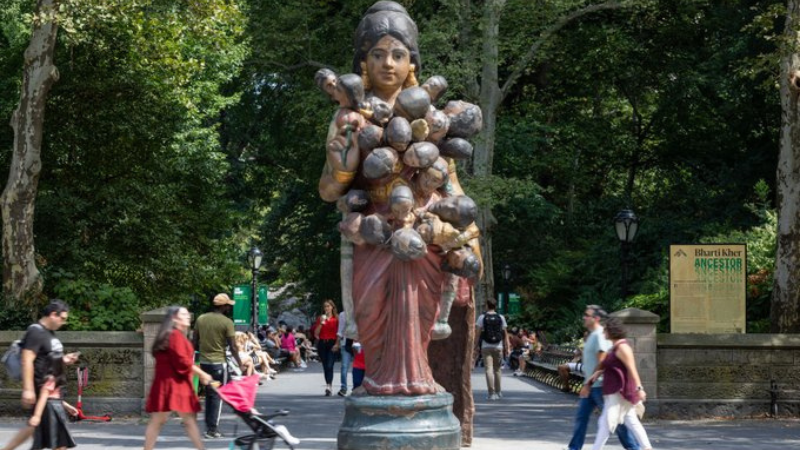