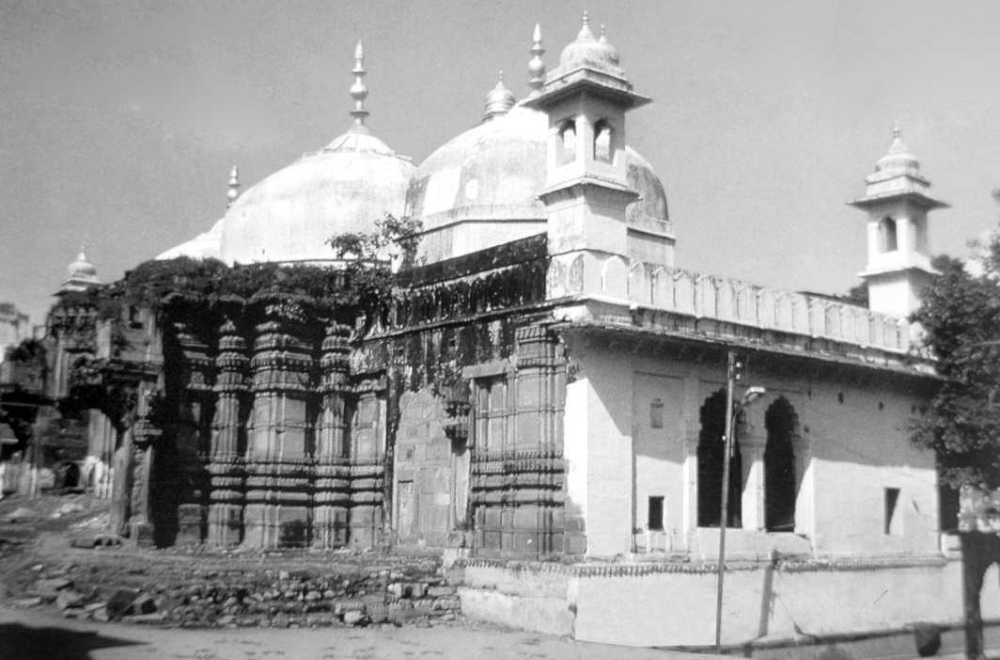 Gyanvapi mosque ruling: Why it matters

A Varanasi court judge rejected a key challenge to a petition filed by five Hindu women—asserting their right to offer daily prayers at the mosque. While the merits of their case are yet to be decided, the decision opens the door to revisiting The Places of Worship Act—which prohibits the conversion of any place of worship.


Editor’s note: We did a two part series on the Gyanvapi Mosque earlier this year. Part One looked at the history of the mosque—and Part Two explained The Places of Worship Act in greater detail.

The ruling: Three laws at stake

The Anjuman Intezamia Masajid Committee argued that the petition to pray at Gyanvapi was barred by three current laws.

One: Kashi Vishwanath Temple Act—which clearly demarcates the “temple land”—and does not include any part of the mosque.

What the court said: The ruling cited one of the clauses of the act—and asserted that the temple included “all subordinate temple, shrines, sub-shrines and the Asthan of all other images and deities, mandaps, wells, tanks and other necessary structures and land appurtenant thereto.” In other words, the mosque is part of the temple structure.

Two: The Wakf Act. The challenge argued that since the mosque is the property of the wakf—a property permanently dedicated to Allah—the matter should be decided by a wakf tribunal—not a civil court.

What the court said: It flatly rejected the claim that Gyanvapi is wakf property. The court said the act cannot override “the right, title or interest of persons who are not Muslims.” The law also does not apply in this case since “the plaintiffs are non-Muslims and strangers to the alleged wakf created at the disputed property.” Most importantly this: “the court agreed with the petitioners that since the land belonged to the deity Adi Vishveshwar from time immemorial, it could have never been Wakf property.”

Three: The Places of Worship Act. This is the most critical law at stake in this dispute. Passed in 1991, it describes itself as “an Act to prohibit conversion of any place of worship and to provide for the maintenance of the religious character of any place of worship as it existed on the 15th day of August, 1947.” It also bars the conversion of a religious place of one community into a place for worship of any other community. All legal challenges based on such pre-independence claims shall be suspended—and no new claim will be entertained.

The committee argued that the law protects the status quo of the mosque. And the petition to offer daily prayers would “alter the character of the mosque as it has existed for over 600 years.”

What the court said: The judge dismissed the argument on the following grounds:

But, but, but: The courts have opened a significant loophole to challenge that blanket ban. In May, the Supreme Court declared that “finding the nature of the religious place” is not barred under the Places of Worship Act. In other words, courts can now entertain lawsuits that seek to determine the “religious character” of a location—based on historical claims. Hence, the Varanasi court ruled:

“The determination of religious character is a matter of evidence which can be laid by either of the parties. The plaintiffs have laid foundation to establish that the religious character of the property in dispute was of Hindu temple and deities were being worshipped within the property in dispute. The plaintiffs have further submitted that no building can be constructed as mosque over the property of Hindu deity or after demolishing a temple.”

In other words, the courts can now decide whether the location of Gyanvapi is a mosque or a temple. This move opens exactly the can of worms that the Places of Worship Act tried to seal.

Point to note: A Mathura district court allowed claims challenging the status of the Shahi Idgah Masjid to determine “existence of Hindu artefacts and ancient religious inscriptions on the mosque premises.” The claim here is that the mosque was built on the birthplace of Krishna. Last month, a court agreed to hear a petition filed by right-wing Hindu groups claiming that the Jama Masjid Shamsi in Badaun, UP was built after razing the temple of Lord Neelkanth Mahadev.

The bottomline: After the ruling, one of the Hindu petitioners declared, “It's a win for the Hindu community… It's a foundation stone for the Gyanvapi temple.” But Muslim leaders are calling on the community not to panic in response to the Varanasi ruling.

A Lucknow cleric said: “I appeal to Muslims not to overreact or feel bad about the court order. After all, it is only a legal matter and we have options to move the High court and the Supreme Court for justice.” Well, only time and the long-winding legal process will tell.

The Indian Express and The Hindu have details of the ruling. Indian Express also explains why it tilts the scales in favour of Hindutva groups looking to challenge the status of Gyanvapi. Al Jazeera reports on the unhappy reactions among civil rights and Muslim groups—while The Telegraph has more from those who don’t view it as a reason to panic. Hindustan Times has the reactions from the Hindu rightwing groups—and various BJP leaders in UP. For a lot more context and history, we strongly recommend checking out our two-part series on the Gyanvapi mosque (part one, part two).