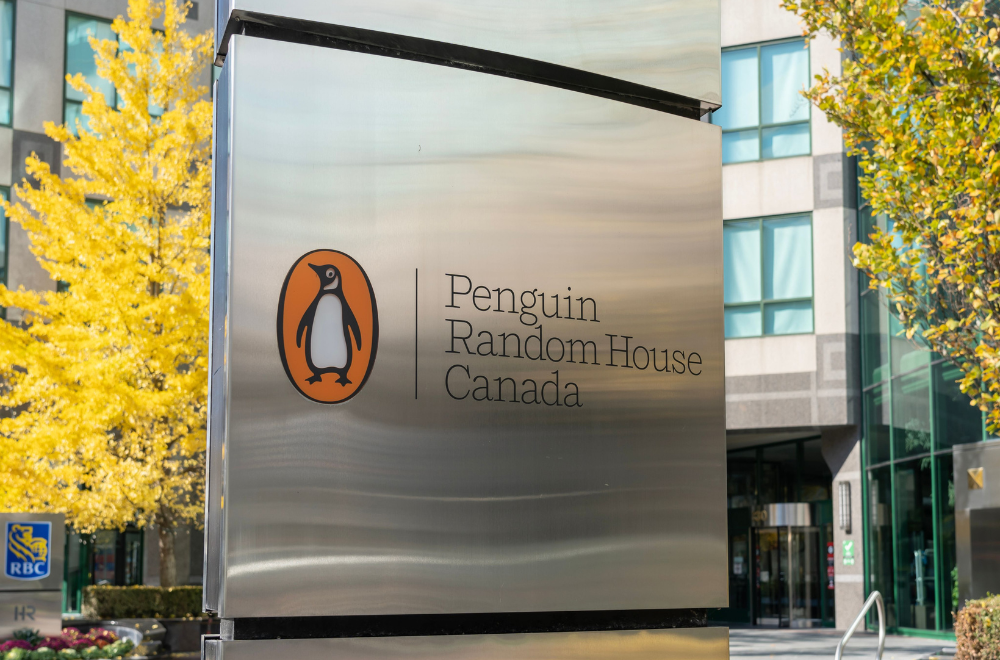 Back in 2013, Penguin merged with Random House to become the biggest publishing house in the world. Then last year, it inked a deal to acquire Simon & Schuster—and was promptly hit by an antitrust lawsuit by the US government. Is there anything wrong if one company publishes most of the books on the market?


Editor’s note: Every day, we make a call on what story deserves to be explained at length. But sometimes, we may miss a topic that is of interest to you. So please write to us at talktous@splainer.in to suggest Big Stories you’d like to read. We’re always ready to please:)

First, a quick look at the publishing landscape

The $25.7 billion publishing industry in the US is dominated by the ‘Big Five’: Penguin Random House (PRH), Macmillan, Hachette, HarperCollins and Simon & Schuster (S&S). Together they account for 90% of the market for bestselling books. Of these, PRH is the largest with a 56.5% market share—followed by HarperCollins and Simon & Schuster—in that order.

A pattern of consolidation: Over the past decade, the total number of players have been shrinking as the Big Five have gone on an acquisition spree. And that trend is gathering force. This year, HarperCollins bought the trade publishing division of Houghton Mifflin Harcourt. Hachette acquired Perseus Books in 2016—and sealed a deal to acquire Workman Publishing this year. Its other purchases include romance giant Harlequin and Hyperion.

The big merger: However, the entire industry was transformed in one fell swoop when Penguin merged with Random House in 2013. Bertelsmann took 53% of the newly created Penguin Random House—while RH-owner Pearson got 47%. The merger created the largest consumer book publisher in the world—with a global market share of more than 25%. PRH today operates more than 300 imprints worldwide and has 15,000 new releases a year—and its sales exceeded $4 billion last year.

As for India: Until recently, our market was dominated by the ‘Big Three’: Penguin Random House, HarperCollins and Westland. But in February, Westland was shuttered by its parent company Amazon (see our explainer here). The publishing house is defunct but the leadership have found a new home with the publishing platform Pratilipi. It isn’t clear yet whether Pratilipi will emerge as the new power player.

For now, Indian publishing is dominated by two of the Big Five global brands—and given the market economics, it is unlikely to change:

“Indian outposts of global publishers, such as HarperCollins or Penguin Random House, benefit from global rights acquisitions by their operations in the US or UK. So when some of those titles become bestsellers, the Indian unit profits, without having had to spend much on that title.”

News flash to note: Over the weekend, Sage Publishing—which specialises in academic texts, journals, reference books—announced that it will shut down its Indian division. It will only sell imported books:

“What we have reluctantly and unfortunately concluded is that despite these many efforts the combination of low-price points and the lack of an established adoption market as well as other external factors (including the prevailing COVID situation) have proved an impossible hurdle for us to climb despite our best efforts over the past several years.”

The main takeaway: What happens in the US lawsuit is likely to have repercussions around the world—including India.

The deal: In 2020, ViacomCBS agreed to sell Simon & Schuster to Penguin Random House for $2.2 billion. The reason: ViacomCBS wanted to cut down on its whopping $21 billion debt—and offload a marginal outpost of its empire. A book publishing company was irrelevant to its bigger bet on streaming. The CEO said:

“We’ve made the determination that Simon & Schuster is not a core asset of the company. It is not video-based; it doesn’t have significant connectivity to our broader business.”

The fallout: PRH—which has 90+ imprints and releases 2,000 books a year in the US—will acquire Simon & Schuster’s 30+ imprints and its roughly 1,000 titles. The deal creates a mega-publisher that will put out 28% of all books sold in the US. The market dominance is even more pronounced when you look at bestsellers. Last year, PRH accounted for 38% of the top 100 best-selling print books—while Simon & Schuster’s books made up 11%.

In 2021—a year after the deal was announced—the Biden administration filed an antitrust lawsuit to block the sale. The trial started yesterday in a federal courtroom in Washington.

Uncle Sam’s objections: The government argues that the acquisition will create a ‘monopsony’—where the buyer has way too much power over sellers (i.e authors). This is especially true for top selling writers:

“[A]s things now stand, No. 1 Penguin Random House and No. 4 Simon & Schuster (by total sales) compete fiercely to acquire the rights to publish the anticipated hottest-selling books. If they are allowed to merge, the combined company would control nearly 50% of the market for those books, it says, hurting competition by reducing advances paid to authors and diminishing output, creativity and diversity.”

If the Big Five shrinks to the Big Four—there will be fewer bidders for book deals—and therefore lower advances for authors. As evidence, the government will offer documents that illustrate how authors were paid more when Simon & Schuster and PRH had to compete for their contracts.

Also this: The legendary Stephen King will be among the witnesses testifying for the government. He says: “The more the big publishers consolidate, the harder it is for indie publishers to survive. And that is where the good writers are currently starting out and learning their chops.” Literary agents agree—and say that while consolidation could favour the big names, new authors are likely to lose out:

Even if smaller publishers snag good talent, they will pay the price for their size at the bookstores:

“If you’re an independent or even a chain bookseller who gets, say, 50% of your fiction, 50% of your nonfiction, 50% of your kid’s books, and so forth from one giant publisher … well, it owns your checkbook. You are in its thrall. If that’s not bad enough, let’s say there’s, oh, I don’t know, a pandemic, and your store’s sales collapse. Sorry, every other publisher in the world, but I have to pay the big guy first, so I won’t pay you and I’ll in fact return your books to help myself pay that publisher.”

PRH’s comeback: The company has dismissed the government’s concerns, saying authors will make more money as a result of the deal:

“Authors now published by Simon & Schuster would be brought into the Penguin Random House supply chain, widely considered to be the best in the business, which would make their work more visible and available. The company’s supply chain and distribution network also helps neighbourhood bookstores compete with Amazon.”

Also this: Consolidation will help drive down prices of books by offering economies of scale. And in any antitrust action, the government should be focusing on buyers not sellers (authors):

“The government should only be challenging those mergers where they can prove that, as a result of the combination, consumers are going to be harmed—typically in the form of higher prices. And here there is no such evidence…The government does allege that consumers will have fewer books, but that is completely speculative through a chain of strained logic. They’re not going to be able to prove that at the end of the day.”

The Amazon defence: PRH also points to the might of other publishers like Amazon—and hints that it is necessary for book publishers to consolidate to take on Jeff Bezos’ behemoth. But its Global CEO privately admitted that he “never, never bought into that argument” and that one “[g]oal” after the merger is to become an “[e]xceptional partner” to Amazon.

Also hurting PRH: The government’s evidence will include an email sent by Simon & Schuster CEO Jonathan Karp who wrote: "I'm pretty sure the Department of Justice wouldn't allow Penguin Random House to buy us, but that's assuming we still have a Department of Justice."

The bottomline: If Uncle Sam blocks this deal, PRH will have to shell out $200 million in termination fees. More importantly, Simon & Schuster will be left in limbo—with an owner who can’t wait to get rid of it. That doesn’t seem good news for authors or consumers, either.

Vanity Fair has the liveliest overview of the lawsuit and its implications. Associated Press has a solid, straightforward explainer. This Bloomberg column explains why the US government’s argument is “legally adventurous.” The Atlantic looks at the Amazon angle. Library Futures looks at why libraries will lose out, as well. We did a two-part series on Indian publishing—and why it is so unprofitable: here’s part one and part two.