Mukesh Ambani was the top buyer in the government auction of airwaves spending Rs 880.7 billion (88,078 crore)—more than double of second-placed Airtel. The government earned a record Rs 150 billion (15,000 crore) from the sale of 51,236MHz of spectrum. What this means: the entire country is expected to have 5G connectivity in 2-3 years—and Jio will likely be the only company that has the most coverage. Mint has more details.

A CIA drone strike over the weekend took out Ayman al-Zawahiri—one of the key architects of the 9/11 attacks. He was second-in-command to Osama bin Laden—and took over Al Qaeda in 2011. US officials finally tracked him down in downtown Kabul earlier this year. He was killed by two missiles while standing on the balcony of his safe house. The Taliban government was not informed—and will likely not be pleased. Washington’s defence: Zawahiri’s presence in the country was a violation of the Doha accord—which led to the US exit from Afghanistan. (NBC News)

According to an internal memo accessed by Reuters, the company will undergo a sweeping reorganisation—where each of its arms will be run as an independent business with its own CEO. This would include Blinkit, Hyperpure, and Feeding India. Founder Deepinder Goyal said: “We are transitioning from a company where I was the CEO to a place where we will have multiple CEOs running each of our businesses...all acting as peers to each other.” And the parent company has been renamed ‘Eternal’—though it will only be used internally for now.

Reminder: Zomato’s share price has crashed to a record low—losing 60% of its value since its 2021 IPO. The good news: The company reported better-than-expected numbers for the second quarter—with its losses dropping to Rs 1.85 billion (185.7 crore) from Rs 3.56 billion (356.2 crore) during the same period last year. (Reuters)

Patent filings uncovered by Insider suggest that TikTok is working on a music streaming app—that will allow users to play, share, and download music. Also: create/share playlists as well as livestream audio and video. Yup, a Spotify and Apple Music clone that is sure to make both companies very unhappy. Reminder: TikTok’s parent company ByteDance has launched a similar app called Resso in India, Brazil, and Indonesia. FYI: monthly active users on Resso in India grew by 304% between January 2021 to January 2022 in India—compared to Spotify’s 38%. Wait, why do we have Resso and not TikTok? (The Verge)

In other tech-related news:  Wikipedia has blocked new users from editing its page on “recession.” The reason: to stop a fierce editing battle over the definition of the dreaded R-word:

“Users have edited the page more than 180 times this week, according to its history. Before this week, the page saw just 24 revisions in 2022. A lock icon now appears over the edit button, indicating that it is ‘protected to prevent vandalism.’” (Fortune)

Everything is getting sweeter…

And not in a good way. New research shows that the amount of ‘non-nutritive’ sweeteners—like Splenda and Sweet’N Low—in drinks has grown by 36% across the world. The study—which also looked at data between 2007 and 2019—found that added sugars in packaged food rose only by 9%. And the biggest jump is in middle-income countries like India and China: “Our findings demonstrate a double standard in the sweetening of the food supply, with manufacturers providing less sweet, ‘healthier’ products in richer countries.” The Conversation has more details.

Beyoncé did a Lizzo

Back in June, Lizzo sparked great outrage when she used the word ‘spaz’—a slur to describe people with cerebral palsy—in one of her songs. She apologised and released a new version without the term. Beyoncé committed the exact same offence—not once, but twice, on her new album ‘Renaissance’. It’s in the song ‘Heated’—which she co-wrote with Drake. A disability activist has since penned an op-ed in The Guardian calling her out. Beyoncé’s publicist has now announced that she will take out the term.

Point to note: Unlike Lizzo, Bee doesn’t even have the excuse of being ignorant, as one activist points out: "After the outcry from Lizzo... I can't believe that nobody in Beyoncé's team was aware of how hurtful the word is to many within the disabled community.”  FYI: Black folks have defended its use, saying the word has a very different meaning in the community. (BBC News)

Another celeb in PR trouble: Taylor Swift has been named the ‘biggest celebrity CO2 polluter’ for her indiscriminate use of private jets. She reportedly flew 170 times between January 1 and July 19—generating 8,293.54 tonnes of carbon dioxide—which is about 1,200 times an average person’s annual emissions.  Though Swift wants you to know that she lent her plane out to friends. At #2, boxer Floyd Mayweather—followed by Jay Z, baseball star Alex Rodriguez, Blake Shelton, Kim Kardashian and others. Check out some funny memes here and here. (Rolling Stone)

A female celeb doing well: Priyanka Chopra Jonas is the new brand ambassador for the iconic denim brand Gloria Vanderbilt. She will be the first face to represent the brand since Helena Christensen in the 90s. WWD (paywall) has a long interview with PC—plus more on her role. 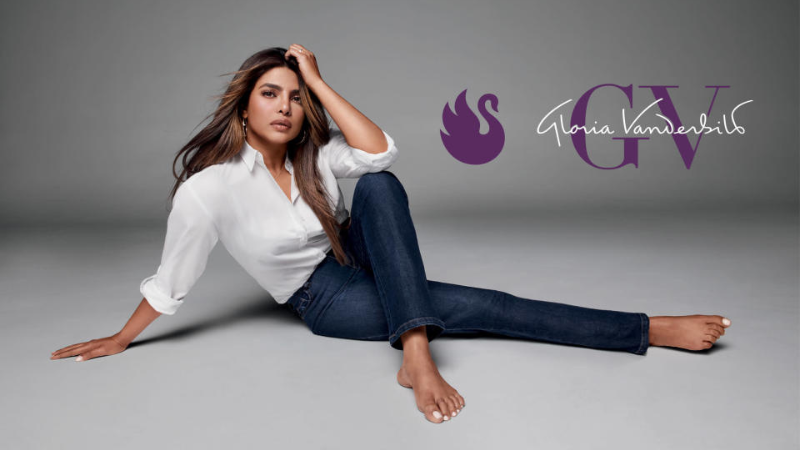 One: A newly restored painting by legendary artist Raja Ravi Varma is up for sale at a Mumbai auction. It is inspired by O Chandu Menon’s novel ‘Indulekha’—which was published in 1889, and is considered the first modern Malayalam novel.

The other such Ravi Varma painting is more famous—and is titled ‘Reclining Lady’. In this one, the protagonist of the story is holding a letter written to her lover Madhavan. The Hindu has more on the restoration and its present owners. FYI: Historian Manu Pillai questioned the authenticity of the painting in this thread. 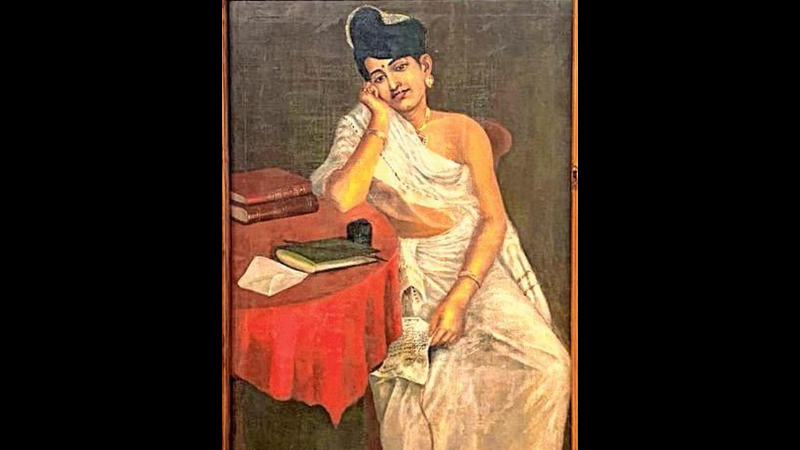 Three: Chennai is busy celebrating the Chess Olympiad in all sorts of quirky ways. A local adventure company hosted a chess competition—played on three boards located 60 feet underwater! The players all had been trained in scuba diving. The Hindu has more on this fun story. 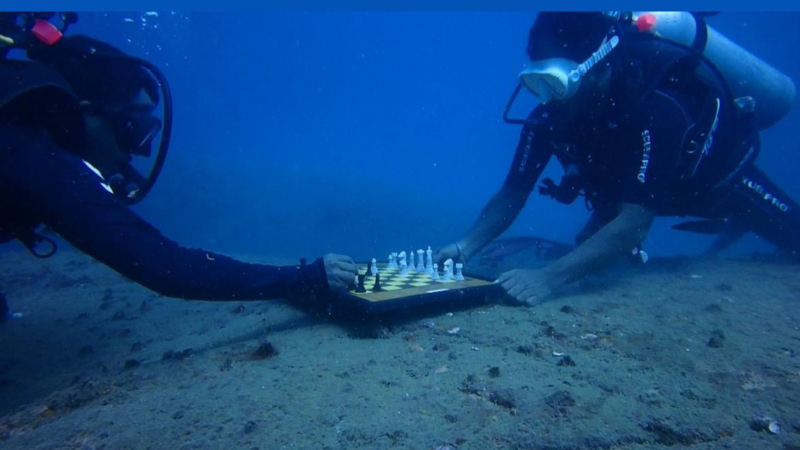 Four: It’s so hot in Japan that a maternity clothing brand has created a wearable fan for pets—the overly furry kind that can’t shed their coats. How it works: “The device consists of a battery-operated, 80-gram fan that is attached to a mesh outfit and blows air around an animal's body.” The price: $74. Our question: Who wore it better? Cats or dogs? (Reuters)