Mere days after a critical bridge in Crimea was blown up, Moscow retaliated with a barrage of missile strikes aimed at Kyiv and other cities. It was the biggest since the start of the war. Ukraine claims they deliberately targeted civilians and the country’s power supply: “They are trying to destroy us and wipe us off the face of the earth.” There have been 11 confirmed casualties—but the damage has been extensive. President Putin has warned: "Let there be no doubt, if attempts at terrorist attacks continue, the response from Russia will be severe."

Of the at least 84 Russian missiles fired at Ukrainian cities, 43 were intercepted. The severity of the attack, therefore, puts greater pressure on Western allies to supply more sophisticated air defence systems. Some reinforcements are likely to arrive soon from Germany and the US—but most nations are dragging their feet. Reuters has more on the attacks. The Washington Post has more on the pressure on the West. You can see a strike in the heart of Kyiv below:

In a new threat to the regime, workers at refineries staged demonstrations protesting the death of 22-year-old Mahsa Amini. One of the unions issued this statement: “We declare that now is the time for widespread protests and to prepare ourselves for nationwide and back-breaking strikes. This is the beginning of the road and we will continue our protests together with the entire nation day after day.” Why this matters: the government is financed almost entirely by oil revenue. Iran is one of the world’s top natural gas suppliers, just after the US and Russia. (Associated Press)

The veteran Samajwadi Party leader passed away at the age of 82—after being critically ill for weeks. Yadav had long ceded power to his son Akhilesh Yadav—after a bitter split. But his death marks the end of a generation of netas who transformed the Hindi heartland—and their diminishing relevance in an increasingly polarised landscape. Indian Express pays tribute to his impact on Indian politics. The Telegraph profiles his career—while The Hindu focuses on his staunchly secular politics.

The 2022 Economics Prize was awarded to three economists—Ben Bernanke, Douglas Diamond and Philip Dybvig—for their research tying banks to financial crises. Bernanke is the former chairman of the Federal Reserve—and wrote a groundbreaking paper in 1983 that showed failing banks are not just the result of a crisis, but also a cause of them. He is also credited with preventing the Great Recession in 2008 from turning into a full-blown Depression. As for the other two:

“The award to Mr. Diamond and Mr. Dybvig also cited a 1983 paper that explained how banks play a crucial economic role as intermediaries between savers and the businesses they ultimately invest in through ‘maturity transformation.’ But the paper showed that in taking short-term deposits and making longer-term loans, banks are ‘inherently vulnerable’.”

According to a Wire investigation, the IT head of the BJP has the power to make an Instagram post instantly disappear. He is part of an elite list of users created by Meta called XCheck (CrossCheck). A Wall Street Journal investigation in 2021 showed that these accounts are immune from normal content regulation rules. But The Wire has accessed internal documents that show these users’ privileges are far more extensive: “These users can also have posts taken down as they please, without the company bothering to check whether there is justifiable cause.” According to an unnamed Meta source, Malviya reported 705 posts on Instagram—all of which were taken down. Check out the investigation and documentation over at The Wire.

According to a World Bank report, the pandemic reversed the decades-long trend of declining global poverty. And extreme poverty—the number of people subsisting on less than $2.15 or Rs 177 a day—jumped from 8.4% in 2019 to 9.3% in 2020. That’s 71 million people—of whom between 33% and 80% were in India. So what’s with that wide range? The Indian government has not released poverty data since 2011. So the World Bank relied on the Centre for Monitoring Indian Economy’s (CMIE’s) Consumer Pyramids Household Survey (CPHS). According to CPHS data, 56 million Indians slipped into extreme poverty. But an estimate based on national accounts throws up a smaller number: 23 million. The Wire and The Print have more on the challenges of measuring Indian poverty.

Haiti has asked for military help to deal with spiralling gang violence in the country. Armed gangs have blockaded a key fuel port—crippling transport, businesses and hospitals. More worryingly this: “The blockade has also led to a shortage of bottled water, just as the country confirmed a new outbreak of cholera, the spread of which is controlled through hygiene and clean water.” The UN is now reviewing a proposal to send a rapid action force to help the government regain control. Reminder: UN peacekeepers were deployed to Haiti in 2004 after a rebellion led to the ouster and exile of then-President Jean-Bertrand Aristide. Their presence in the country was marked by multiple allegations of sexual abuse. (Reuters)

Colonoscopy question mark: It is a routine test for detecting colorectal cancer. Doctors recommend that folks over the age of 45 take it once a decade to stay safe. But the first ‘gold standard’ trial shows that it offers very little benefit: “an 18% lower risk of getting colorectal cancer, and no significant reduction in the risk of cancer death.” Why this may be good news: a colonoscopy is an unpleasant procedure that involves sticking a camera through the length of your large intestine.  Why it is too early to pop the champagne bottle: some experts are still a little sceptical about the results. CNN and STAT News explain why.

Perks of petting dogs: There is scientific evidence to back up how you feel when you cuddle a pooch. Researchers have found that giving those tickles and belly rubs increases activity in your brain’s prefrontal cortex—the part that is involved in processing emotions as well as tasks such as attention, memory retention and problem-solving. In fact, the activity increased over time and with repeated interaction with the dogs—likely because the human participants bonded with them. How this insight can help: “Our results might be relevant for therapy with patients with deficits in motivation, attention, and socioemotional functioning”—basically, people who struggle in social situations. (Inverse)

One: Scientists have named a new species of beetle after tennis ace Novak Djokovic. It is called Duvalius djokovici—as it shares his “speed, strength, flexibility, durability and ability to survive in a difficult environment.” Hmm, Djoko is definitely better looking. (The Guardian) 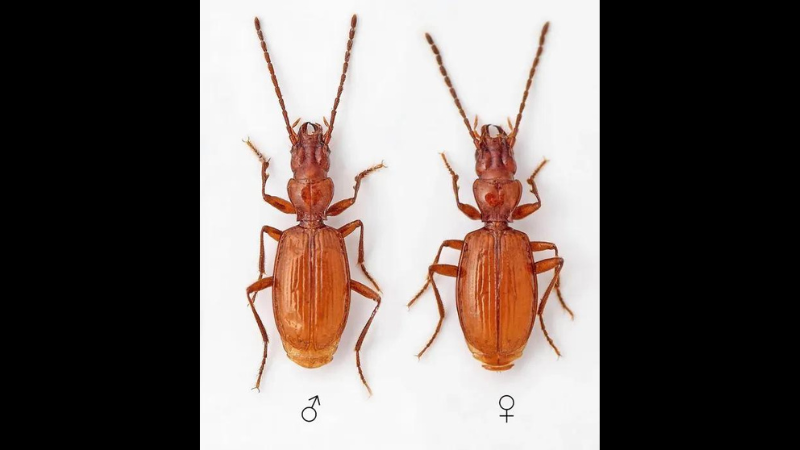 Two: Two climate activists were arrested for glueing themselves to a Picasso painting at the National Gallery of Victoria in Melbourne. Titled the ‘Massacre in Korea’, it depicts the horrors of war. As for why they chose this painting, the banner they unfurled spelled it out: "Climate Chaos = War and Famine.” Both belonged to the group Extinction Rebellion—famous for disruptive protests that once shut down London. Don’t worry, the painting is just fine since they were attached to the glass casing on top.(CNN)