Shiv Sena rebels get a break

The breakaway group led by Eknath Shinde had moved the Supreme Court challenging the disqualification of 16 MLAs. The Court has now given them “breathing room” until July 12 to respond to the notice. It also refused to grant the Thackeray side’s demand for an order prohibiting any floor test in the Assembly—which most likely would topple the government. Meanwhile, the Enforcement Directorate has summoned Sanjay Raut—who is the most prominent Sena supporter of the Thackerays—for questioning in a money laundering case. If you need more context on this drama in Maharashtra, check out our Big Story. (The Hindu)

For the very first time since 1918, Russia has not made payments on its foreign loans. Interest payments of $100 million were due on May 27—and the grace period expired on Sunday night. Now, Moscow insists it has made the payments—but they have been blocked by intermediaries due to a new US sanction put in place in May. So it’s not really a genuine default but a “farce.”

Why this matters (or not):

“While a formal default would be largely symbolic given Russia cannot borrow internationally at the moment and does not need to thanks to plentiful oil and gas export revenues, the stigma would probably raise its borrowing costs in future.”

Presumably, that is exactly the intent of Western sanctions. (CNBC)

Meanwhile, in Germany: The G7 summit is taking aim at China. The Group of Seven is an alliance of advanced economies—including Canada, France, Germany, Italy, Japan, the UK and the US. They unveiled an ambitious $600 billion plan that will rival China’s Belt and Road Initiative. BRI is a multi-billion global project to connect Asia, Africa and Europe—through infrastructure projects—to promote Chinese influence (we explained it here). The new G7 version is a bigger mouthful: Partnership for Global Infrastructure and Investment, or PGII. The amount—to be spread over five years—is smaller than China’s $1 trillion investment, but experts agree it is a good step toward countering Beijing. BBC News and NPR have more details.

Zomato acquired the superfast delivery company in a $568.1 million all-stock deal. The deal was good news for the struggling Blinkit (formerly Grofers). But investors were not impressed with the buy—and Zomato’s shares dropped by 6.6% on Monday. Zomato is still deeply in the red—but is ploughing money into a business that has been incurring great losses. Also: The quick-delivery space is highly competitive—and its profitability is yet to be established: “Blinkit itself is fine-tuning the business model and has closed about 12% dark stores in the past five months.”

FYI: If you’re wondering about 10-minute deliveries, be sure to check our Big Story—which looks at everything from the business model to sustainability. Economic Times has more on why the market is unhappy. (Mint)

In other key biz news: Indian founders in the Web3 business are leaving the country—in search of friendlier destinations. These include co-founders of India’s largest cryptocurrency exchange WazirX, Nischal Shetty and Siddharth Menon, and co-founder of Polygon, Sandeep Nailwal. The big reason: the Indian government’s crypto policies are hazy and unfriendly. That said, some of them like WazirX remain headquartered in India for now—even if their leadership is in Dubai. But many companies like ZebPay and CoinDCX are also setting up shop in Singapore. (Indian Express)

New research shows that dangerous viruses can survive—and remain infectious—for up to three days in fresh water by attaching themselves to microplastics. Why this matters:

“Being infectious in the environment for three days, that’s long enough to get from the wastewater treatment works to the public beach. Even if a wastewater treatment plant is doing everything it can to clean sewage waste, the water discharged still has microplastics in it, which are then transported down the river, into the estuary and wind up on the beach.”

This underlines previous research that shows plastic pollution in the oceans can potentially spread diseases like cholera—from as far as India to the shores of the US.  FYI: Plastics also act as “rafts” for invasive species, transporting them around the world. (The Guardian)

One: A stadium in Colombia collapsed during a traditional bull-fighting event called ‘corraleja’—and killed six people including a one-year-old, leaving 322 others injured. They have not figured out the cause yet. But this is not the first such incident—and there have been many attempts to ban the sport due to deaths of spectators and animals. (New York Times)

“As an ice age palaeontologist, it has been one of my life long dreams to come face to face with a real woolly mammoth. That dream came true today. Nun cho ga is beautiful and one of the most incredible mummified ice age animals ever discovered in the world. I am excited to get to know her more.” (CNN) 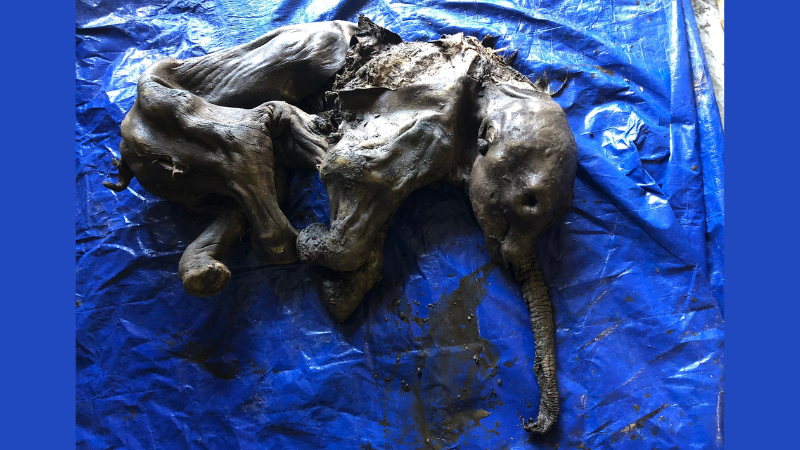 Three: Kendrick Lamar ended his Glastonbury set with a powerful message on the rollback of abortion rights in the US—wearing a Christ-like diamond encrusted crown of thorns, and fake blood pouring down his face. (BBC News)

Four: Residents in the Nilgiris in Tamil Nadu are panicked over footage of an elephant breaking into a house—cracking open a wall to rummage for food. The News Minute has more details.

On the latest episode of the splainer podcast ‘Press Decode.’ the team looks at non-consensual sex videos on Pornhub—and wildlife trafficking in India. Be sure to head over to the IVM website, Spotify or Apple Podcasts to listen to it.