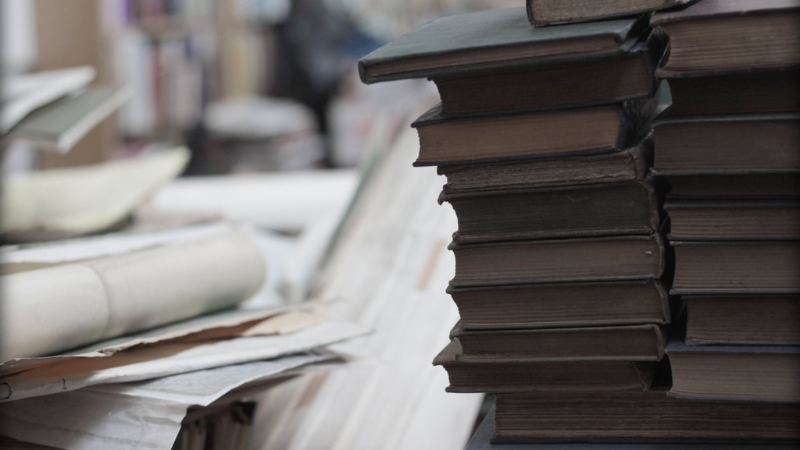 “Some days in late August at home are like this, the air thin and eager like this, with something in it sad and nostalgic and familiar...” These words by William Faulkner, from the classic ‘The Sound and the Fury,’ ably describe this time of the year—as the wind turns and capricious skies alternately darken and lighten with no warning. I would love to hear some of your favourite quotes for this time of the year! For now, here are some new books that you can begin collecting in September.

Fairy Tale: by Stephen King. The king (no pun intended) of horror is back, this time with the tale of Charlie Reade, a 17-year-old with a tough life—who is bestowed the keys to a portal by a mysterious man. Through the portal is a world at war, a fairy tale-esque land where monsters rule; princes and princesses are tortured as punishment, and it is up to Charlie to save not just that world, but also his own... (September 6)

Carrie Soto is Back: by Taylor Jenkins Reid. More like Reid is back! The author of the phenomenally successful ‘The Seven Husbands of Evelyn Hugo’ turns her focus on a legendary tennis player, the eponymous Carrie Soto, who plans to make a comeback despite being  “past her prime.” With Serena Williams announcing her evolution from tennis to do other things, this book couldn’t be timed more perfectly—and I couldn’t be more excited for it! (September 8)

The Bullet That Missed: by Richard Osman. “Trouble is never far away where the Thursday Murder Club are concerned.” The third instalment in the hugely popular mystery series follows the sleuthing club as they try to solve two murders—committed 10 years apart. On top of that, Elizabeth, their leader, is presented with a new nemesis and a deadly game like no other. What, oh what will they do!? (September 15)

Marple: Twelve New Stories: by Various. Agatha Christie fans, it is time to rejoice! In this brand-new collection featuring twelve original short stories, stars of contemporary fiction—from Val McDermid and Kate Mosse to Naomi Alderman and Lucy Foley—come together to reimagine the beloved Miss Marple in their own unique ways. I, for one, cannot wait to hang out with the most famous fictional female detective of all time once again. <3 (September 15)

Nights of Plague: by Orhan Pamuk. The Nobel Prize-winner needs no introduction. In his latest offering, we visit a fictional island, a part of the Ottoman Empire, that was struck by a plague in the year 1900. Half the population of the island is Muslim, the other half Orthodox Greeks, and tensions have never been higher between them. As people begin dying and a murder is committed, the emperor must cut off from the rest of the world. But what fate awaits the island’s inhabitants? A historical fiction with very contemporary themes, this is bound to leave a mark. (September 22)

Shrines of Gaiety: by Kate Atkinson. Atkinson is one of my favourite novelists of all time. Her historical fiction tends to be marvellous (see the magnificent ‘Life After Life’), and this one, set in 1926, shall hopefully be no different. Nellie Coker is the queen of a thriving nightlife in London, a scene that has emerged in a city still recovering from the Great War. She is ruthless and ambitious about advancing the prospects of her six children. But success comes with enemies, and Nellie must prepare to face the most unexpected threats from within her empire and beyond. (September 27)

Best of Friends: by Kamila Shamsie. Anything the Women’s Prize-winning author of ‘Home Fire’ does is a work of art. Zahra and Maryam, growing up in Karachi, have been best friends since childhood. They’re as unlike each other as possible, but they don’t let that get in the way until an incident upends all their plans for their future. Three decades later, both women are successful, in London, but when two figures from their troubled past come back into their lives, they must confront what happened while also testing the limits of their friendship. (September 27)

Too Much of Life: Complete Chronicles: by Clarice Lispector, tr. by Margaret Jull Costa, Robin Patterson. Lispector was a Brazilian writer, acclaimed internationally for her innovative novels and short fiction. This volume is a collection of weekly essays she wrote for a journal in Rio between 1967 and 1977. Insightful, contemplative and playful, the dispatches muse upon everything from the tales of the lost loves of a taxi driver to the meaning of cosmonauts and all things in between. (September 1)

Undoctored: The Story of a Medic Who Ran Out of Patients: by Adam Kay. Kay is the author of the immensely beloved ‘This is Going to Hurt’—whose TV adaptation was also a gem. In this follow-up, Kay examines his life, inextricably linked with medicine, and how it has changed since he moved on from his job as a junior doctor. It is described as “hilarious and heartbreaking, horrifying and humbling” and I am certain every bit of it will be all those things. (September 15)

The People of India: New Indian Politics in the 21st Century: edited by Ravinder Kaur and Nayanika Mathur. As the country celebrates its 75th year of independence, the authors wonder: how do you define the loosely used terms “people” and “New India” in the society and politics we live in today? In this edited volume, “some of the most respected scholars of South Asia come together to write about a person or a concept that holds particular sway in the politics of contemporary India. In doing so, they collectively open up an original understanding of what the politics at the heart of New India are—and how best we might come to analyse them.” (September 19)

The Newlyweds: Three Couples Who Risked Everything for Love: by Mansi Choksi. Marriage in India, despite all the country’s advancements, is expected to follow a tradition thousands of years old. In this important volume, Choksi, a journalist, follows three couples in the country who have bucked tradition—a lesbian couple, an interfaith couple and an inter-caste couple—and the numerous challenges they’ve faced, along with the mixed-bag of shame, anger, sense of triumph and loss that comes with their decisions. (September 26)

Currently reading: The latest—and hopefully not the last—installment in the Flavia de Luce series by Alan Bradley. ‘The Golden Tresses of the Dead’ follows the 12-year-old sleuth and expert in chemistry, Flavia, as her sister is finally getting married in their small village in England in the 1950s. But when a human finger is found in the wedding cake, it is clear that all is not right after all. This is a delightful series, and Flavia is a heroine you are bound to fall in love with. Give the first book in the series, ‘The Sweetness at the Bottom of the Pie,’ a shot!

Bookish adaptation: I’m juuust starting the animated children’s series ‘Hilda,’ available on Netflix. The book it’s based on, called ‘Hildafolk’ by Luke Pearson, caught my eye first (of course) and the premise alone is enough to warm the cockles of your heart. Hilda is a little girl with a big imagination, living in a home in the woods with her mother. But when she has to move to the city, she must also find new friends, adventures and magical creatures to fill the forest-shaped hole in her heart. It is just too adorable for words.

Book-adjacent rec of the week: The Twitter account of Henry Sotheran Ltd—an antiquarian bookseller based in London—run by Oliver Darkshire, himself an author. Oliver tweets not only about the rare book trade or to commemorate #BadPoetryDay, but also dreams about Ursula K. Le Guin fighting Ayn Rand Contra-style and generally keeps up with the latest memes. The account is wry, hilarious, information—even more so to us bookish-types.