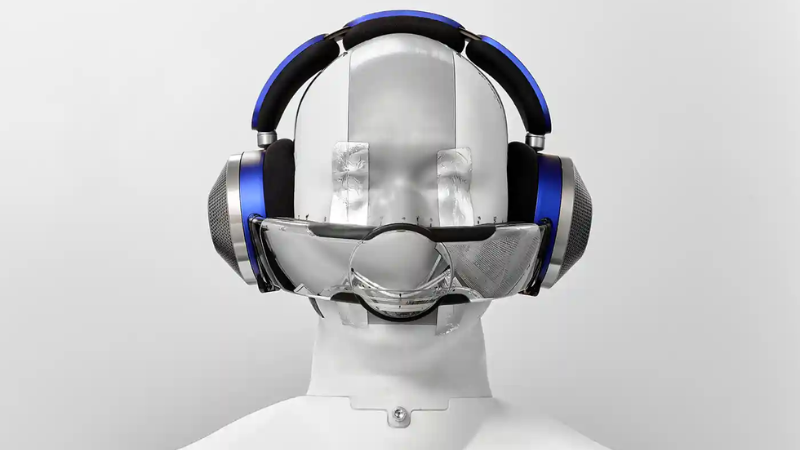 One: Here’s something for Delhi folks—very rich Delhi folks—who want to wander around in the smog, listening to their Spotify playlists. These insane looking headphones—made by the folks who gave us pricey vacuum cleaners—come with an air purifier attached. The Dyson Zone headphones are hefty in price and size. They weigh 670 gm and cost a staggering $949. You can buy the best headphones from both Apple and Sony for that price. See how the ‘pure air, pure audio’ promise works below. (Gizmodo)

Two: Ever worry about being caught napping—literally—during a giant earthquake? Inventors have been working tirelessly to design earthquake beds to protect you from that kind of catastrophe. Their designs have ranged from the intriguing to the insane. For example, the one below is the brainchild of the Indian company Proxgy. According to TechInAsia, it “encloses the bed with a reinforced slant canopy. This allows falling debris—which could otherwise cause damage or death—to simply slide off.”

If you’re looking for ‘insane’, we offer you this steel coffin designed by a Chinese inventor. Let’s just say that the bed is far more likely to kill you than the quake lol!

Three: The research arm of Disney has made an AI tool that can make actors look older or younger—without the need for expensive VFX. The new neural network is called FRAN (face re-aging network). Why this is cool: it makes this tech accessible to small-budget filmmakers—and ofc, allows big companies to save money. (Gizmodo)