Here’s the good news: Our backend data shows that our subscribers love to share splainer. The not-so-good news: a lot of them love to share their login details, as well lol! Now, I totally understand the ‘Netflix effect’, but it doesn’t help a small startup that’s trying to pay its bills. Or a company that will soon struggle if it doesn’t keep growing.

How about gifting a sub instead—to your sibling, buddy, colleague or parent? We offer a serious discount just for subscribers to make it easy. Rs 200 off a quarterly subscription of Rs 900—or a whopping Rs 1,000 off our annual subscription of Rs 3,000! They can kick start their year with the perfect gift that helps them feel effortlessly well-informed—and the most interesting person in any room, anywhere in the world. Just head on over to the subscribe page:)

For the first time since the bloody battle on the Ladakh border in 2020, Indian and Chinese troops clashed at the Line of Actual Control (LAC) in Tawang, Arunachal Pradesh. According to military sources, 20 Indian soldiers and “a much higher number” of Chinese were injured. The Army’s summary of the event:

On December 9, 2022, People’s Liberation Army (PLA) troops contacted the LAC in Tawang sector, which was contested by own troops in a firm and resolute manner. This face-off led to minor injuries to a few personnel from both sides. Both sides immediately disengaged from the area.

The clash was sparked by a large Chinese patrol crossing into the Indian side—which has recently become more frequent. Indian Express and The Hindu have more details.

The SS Rajamouli epic has bagged nominations for the best non-English language film and original song for the track ‘Naatu Naatu’. In the foreign language film category, ‘RRR’ is up against ‘All Quiet on the Western Front’ (Germany), ‘Argentina, 1985’ (Argentina), ‘Close’ (Belgium) and ‘Decision to Leave’ (South Korea). The competition for ‘Naatu Naatu’ includes the theme songs for ‘Black Panther: Wakanda Forever’ and ‘Top Gun: Maverick’—sung by Rihanna and Lady Gaga, respectively.

FYI, ‘RRR’ has been on a bit of a roll during this award season:

A messy start to the Kochi Biennale

The Kochi-Muziris Biennale is one of the most significant art events in the country—and is only held once in two years. The last edition was cancelled due to the pandemic. And this one appears to have run into trouble almost from the beginning. Scheduled to open yesterday, the organisers announced at the last minute that the public opening has been postponed to December 23. The reasons offered were vague: “[A] variety of organisational challenges, compounded by external factors.” There appears to have been a long delay in securing access to the main venue—which also required extensive repairs. But a small, formal inauguration ceremony was held yesterday—oddly not attended by the primary curator Shubigi Rao. The exhibit will bring together 90 artists from around the world—with over 200 installations spread across the venues. (The News Minute)

An insurance scam at the local bank

A Reporters’ Collective investigation reveals that your friendly banker is secretly signing up customers for government insurance and pension schemes—often without their knowledge or consent:

Even though rules say these schemes are voluntary and require explicit permission to charge customers, banks have been either enrolling customers directly from the backend or by obtaining consent signatures through lies, deceit or coercion.

These schemes were launched to offer financial security to the poor—but are being used by bank employees to earn commission, and funnel business to insurance partners. Also this: “[S]enior managers who chase promotions abuse branch heads and threaten them with suspension, transfer, loss of pay etc. if they do not deliver a high number of enrolments.” Read the full investigation over at The Wire.

In related banking news: The looming recession is threatening the well-being of Morgan Stanley investment bankers—whose bonuses will be slashed by a whopping 30% in Asia. The US and European operations are likely to follow suit soon—as will other banks like Citi and Bank of America. (Mint)

Over 70 people were arrested in Paris soon after both France and Morocco entered the semi-finals. Around 20,000 people took to the streets to celebrate—but the situation descended into chaos and rioting. The police are blaming it on the presence of gangs—and specifically Moroccans: “Unfortunately, the party has been transformed into an organised attack to wound police officers. After each Morocco victory, there are the same scenes of violence in France.” OTOH, clips published in the Independent show officers beating and kicking supporters. Something to remember: Morocco will face France in the semis.

In far happier sports news: In the T20 international series, the Indian women’s cricket team beat Australia in a nail-biting finish that went all the way to a Super Over—which we won by four runs. Scroll has the match report. See the team take a victory lap in front of a 47,000-strong crowd at the DY Patil Stadium in Navi Mumbai:

One: The Tata group has become an Apple franchisee—and will set up 100 stores to resell its products. These will be 500 square feet stores—smaller than the premium outlets—that will only offer iPhones, iPads and watches. FYI: Apple is also planning to open the country’s first flagship store in Mumbai early next year. (Economic Times, paywall, Inc 42)

Two: OnePlus is partnering with Reliance Jio to offer its 5G service to its users. The models will include the Nord and 10 series. The rollout includes up to Rs 10,800 in cashback benefits. Indian Express has a list of 5G-compatible OnePlus models.

Robert DePalma—who is the rock star of palaeontologists—has been accused of faking his research data. He is best known for pinpointing the extinction of dinosaurs down to the exact day—which earned him great fame and a BBC doc called ‘Dinosaurs: The Final Day’—hosted by none other than David Attenborough. According to allegations published in the prestigious journal Science, he faked charts and graphs using photo-editing software. All this to beat a female colleague in the race to publish first. The Times UK is paywalled, but you can read the original allegations in Science. Our big learning from the mess: never trust a scientist in an Indiana Jones hat. Yup, we included this item only to mock the man’s headwear. 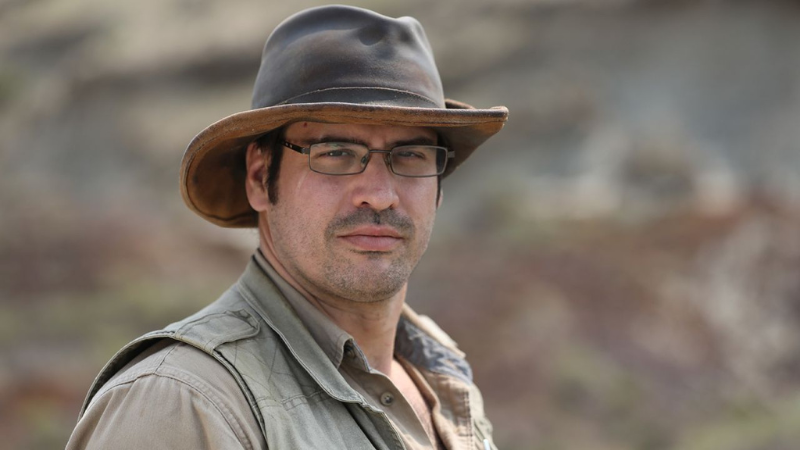 The good news about badaam

New research shows that eating almonds can help you eat better. A European study showed that participants who ate between 30 and 50 grams per day consumed fewer 71.7 calories (kcal) fewer calories from junk food. The reason: “[They] experienced changes in their appetite-regulating hormones, and that these may have contributed to reduced food intake." They contain mono and polyunsaturated fats and protein—rather than just carbs—which leaves you feeling more full and keeps your blood sugar more stable until the next meal. (Eat This, Not That)

Two: Civil Aviation Minister Jyotiraditya Scindia rushed down to Terminal 3 at the Delhi airport on Monday—soon after folks flooded Twitter with photos and clips of what looked like a horror show. The queues and wait times were hours-long. We don’t know why Delhi is so bad right now—or what Scindia will fix. But one of the proposed solutions is reducing the number of flights during peak hours—which will undoubtedly make fliers just as unhappy and spike ticket prices even further. (The Telegraph)

Three: Warning: this is a heartbreaking image. A humpback whale swam 3,000 miles with a broken back—–most likely a result of being hit by a ship. While a severely emaciated Moon has managed to reach Hawaii all the way from Canada, it is unlikely that she will survive. Scientists don’t exactly know why she endured such an excruciating migration, but suspect she may be pregnant—since humpbacks usually head south to breed and give birth. So why are we sharing this? Because it is important for us to see what humans do to our world—and the creatures who share it with us. (CBC) 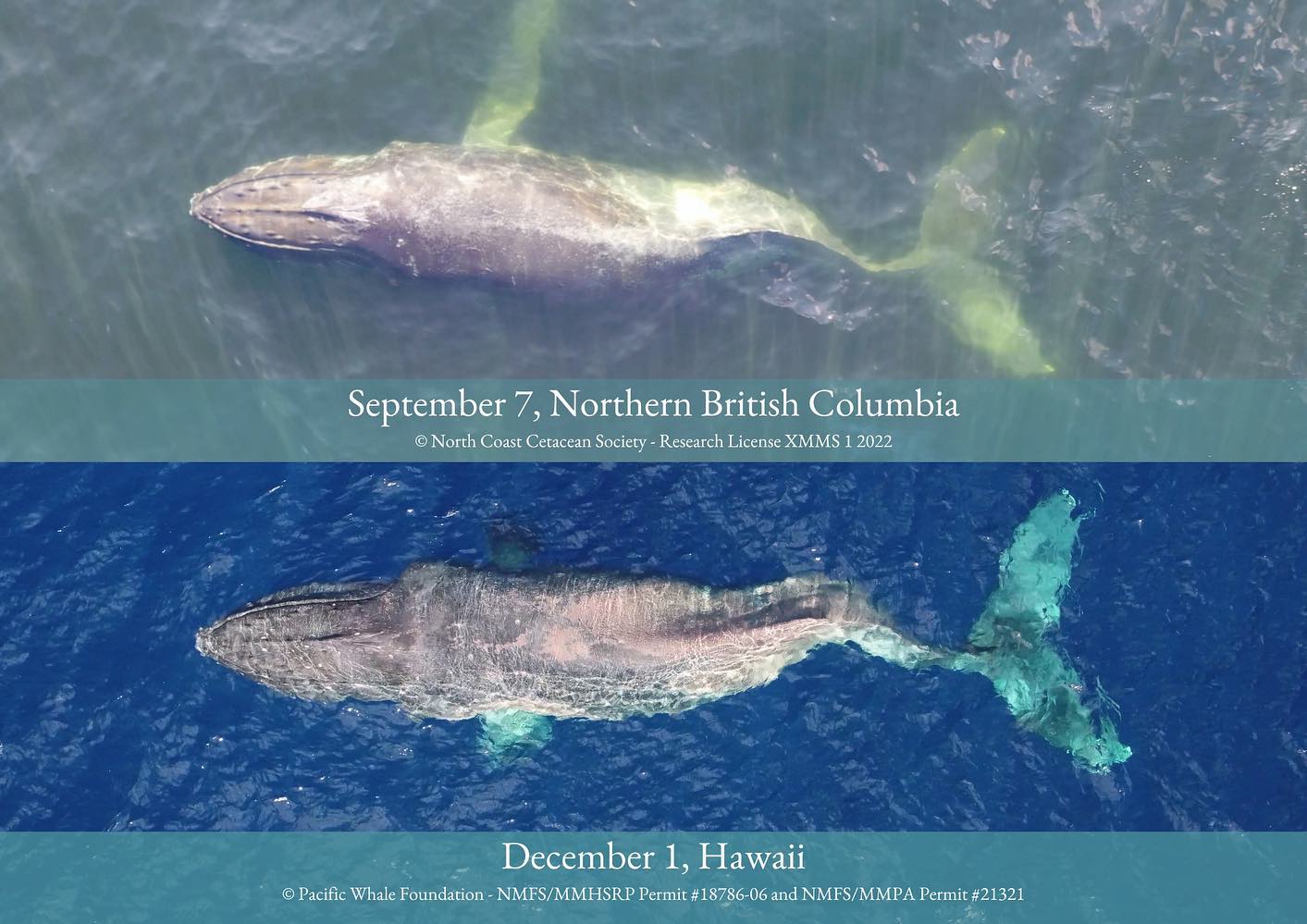 Four: As we all learned from Donald Trump, Republican politicians love to build “beautiful” walls. The latest to try his luck is Arizona governor Doug Ducey who has hired a company to pile up old shipping containers—strung together with barbed wire—along the Mexican border. What’s especially foolish and enraging about this wall is that it runs right through several miles of forests:

As a barrier for humans, the double-stacked boxes are not much of an obstacle, but they are an existential threat to endangered migratory species, especially jaguars and ocelots, as well as being an eyesore.

And the 70 wildlife cameras tracking the area have rarely captured migrants crossing at this part of the border. And yet here we are. (The Guardian)