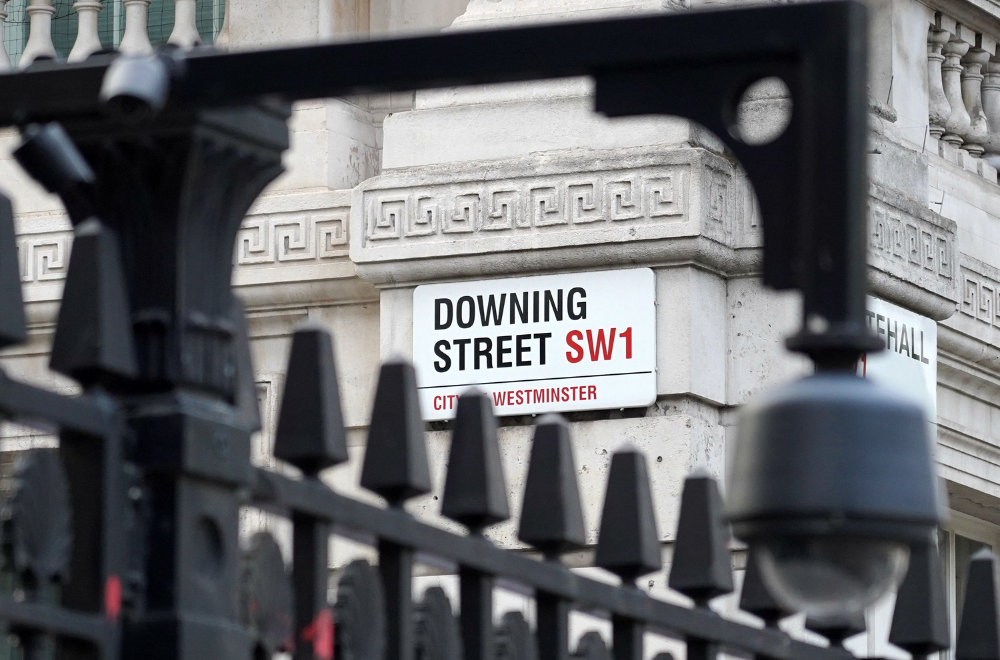 Liz Truss beat Rishi Sunak to ascend the political throne of the UK—in a race that proved narrower than expected. We take a closer look at Truss—and why Sunak lost despite being the Tory golden boy.

Remind me about this PM election…

Exit Boris Johnson: The great survivor was finally brought down in July by a great mutiny within the Tory party leadership. His most serious crimes: losing by-elections and popularity, partying during the pandemic lockdowns—and, most recently, hiring sexual harassers. The first to resign from his cabinet: wannabe PMs Chancellor Rishi Sunak and Health Secretary Sajid Javid.

The Tory party poll: The moment Johnson announced his resignation, a flood of candidates offered themselves as his replacement as Tory party chief—and hence, the next prime minister. The winner was chosen in a series of internal polls of Conservative party members—each round whittling down the number of contestants. In the end, only Sunak and Truss were left standing. PS: we have everything you ever need to know about Sunak in this Big Story.

The result: Truss beat Sunak by a comfortable margin—securing 57% of the votes. That’s quite a result since she came into the final face-off with the support of just 32% of Tory MPs to Sunak’s 38%. Then again, the initial Conservative party opinion polls gave her a huge lead over Sunak early in the contest—but it quickly narrowed by the end. So her victory is not quite as decisive as many expected. FYI: Truss won by a lower margin than any previous Tory leader chosen by members,

Sunak’s Plan B: While Sunak may have lost this round, he plans to carry on as an ordinary MP—biding his time for the next shot at the throne. That window of opportunity will open if Truss loses the next general election—slated for 2025:

“He could hang around until when the next election is called and see which way the wind is blowing. If we lose, the party will have to face up to reality and should be more willing to listen to his hard truths.”

And he has some cause for optimism: A recent opinion poll showed that just 21% of 2019 Tory voters say she looks like a prime minister in waiting against 27% who say Sunak does. But as even one of his supporters concedes, “He’s no longer going to be ‘the next big, bright young thing.”

So why did Sunak lose?

A number of reasons that have mostly to do with Tory party preferences—rather than that of the wider UK electorate.

Rich Rishi: Sunak’s greatest weakness is that he comes across as too rich and out-of-touch. His marriage to Akshata Murthy—daughter of Infosys founder Narayana Murthy and a woman richer than the queen—has always been a sore point (see: brouhaha over her tax status). And that Sunak was also an investment banker in his past life doesn’t help either. During the contest, he made headlines for his £450 Prada loafers, £180 “smart mug” and £3,500 bespoke suit.

Slick Rishi: Combine that with his far too smooth demeanour, the result is an image of Slick Rishi: “The slickness is a problem. If you’re spending all your time worrying about camera angles and faffing around on Instagram, you’re not focusing on the important stuff.” In contrast, Truss played up her £4.50 earrings and awkward manner as a form of authenticity:

“What a lot of commentators saw as Liz’s weaknesses, she turned into strengths. People repeatedly said they liked the fact that she was straight-talking and ‘actually answered the question’. They liked her talking about coming from a comprehensive school in Leeds… When she said ‘I’m not the slickest candidate’, people liked that because it sounded honest and humble.”

Something to see: This parody video pretty much sums up Sunak’s achilles heel:

Rishi the Backstabber: In the end, most of the Conservative party members couldn’t forgive Sunak for turning on BoJo. That he hit the ground running with a readymade campaign confirmed suspicions that he’d been planning a palace coup long before his resignation. His decision to quit the government soon became a political albatross. Of those who hold an unfavourable view of Sunak, 22% view him as a backstabber who forced Johnson to resign. His fate confirmed an old cliche in British politics: “He who wields the knife never wears the crown.”

In stark contrast, Truss was the last candidate to launch her campaign—remaining by Johnson’s side until the very end, declaring: “I’m a loyal person. I’m loyal to Boris Johnson.” So she also won over Tory members precisely because she wasn’t Rishi Sunak: “He was, in their eyes, the man who stabbed Boris in the back. When I’m talking to members, people have so little actual enthusiasm for her. It’s all been ‘it can’t be Rishi’.”

Data point to note: In a recent poll of Tory party members, a majority (55%) said that Tory MPs were wrong to force Johnson to resign. And if Johnson were in the race, 46% said they would vote for him—compared to only 24% for Truss and 23% for Sunak. More importantly: many within the party believe Johnson will lurk in the background, plotting a comeback: “He’s trying to do an Imran Khan or a Berlusconi. He’s going to be hovering around, hoping for a populist return.” So BoJo may not be a problem just for Sunak.

Sunak the Doomsayer: Conservative party members love tax cuts. Truss positioned herself as the new Margaret Thatcher—promising to slash taxes to put more money in everyone’s pockets. Sunak, however, warned she was peddling “fairytale” economics that was “immoral.” He argued it make inflation even worse:

“I think our number one economic priority is to tackle inflation and not make it worse. Inflation is the enemy. It makes everybody poorer. And if we don’t act to tackle inflation now, it will cost families more in the long run, especially with mortgages.”

But when polls showed Truss outstripping him in the polls, he did a U-turn—making him look desperate. She, OTOH, remained consistently upbeat—promising laddus for all:

“Ms Truss won the contest in large part because she is cheerful, a characteristic she shares with Mr Johnson. On the campaign trail, she would dismiss the warnings of hard choices from Rishi Sunak, her rival in the protracted final stage of the contest. ‘I don’t agree with this declinist talk,’ she’d say. ‘I believe our country’s best days are ahead of us’.”

As one Sunak supporter says: “What I think he didn’t get maybe was that people like fairytales … they love it when you offer them loads of stuff and do not say how they are going have to pay for it.”

As for racism: Well, that’s always a factor in UK politics. But there was no hard evidence on the campaign trail beyond the suspicion of hidden or subconscious bias.

So is Truss any good?

Depends on who you talk to.

Everyone agrees: That Truss is the queen of the makeover. As a young woman, she was a leftie with a radical streak—who wanted to abolish the monarchy and ‘Free the Weed’. Then she had a big moment of political conversion—became a Tory and now says:  “Some people have sex, drugs and rock and roll, I was in the Liberal Democrats. I'm sorry." And her staunch Conservatism often bordered parody, as in this sound-byte about cheese:

And Truss hasn’t stopped changing her mind to suit her political needs. She was fiercely opposed to Brexit—until she became its biggest champion—and Boris Johnson’s greatest booster. The move served her well as she rose the ranks to become Foreign Secretary—a position that allowed her to pose in a tank in Estonia while visiting British troops. A photo-op staged to match her recently embraced ‘Iron Lady’ look: 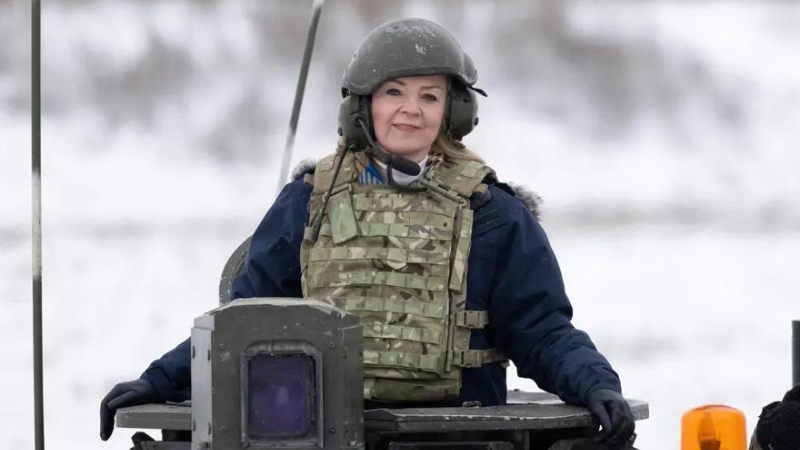 Her supporters: are ready to buy the Maggie reincarnation—which appeals to the very core of Tory party nostalgia. The Economist adoringly describes her so:

“Whereas Mr Johnson’s government often seemed to run on optimism alone, Ms Truss promises substance as well as sunshine. She is a self-styled radical, and perhaps the keenest disciple of the Thatcherite tradition to hold the office since Thatcher’s own exit from Downing Street 31 years ago.”

Where others see political expediency, her fans call that quality “adaptability”—and the ability to be what the Tory party members want: “Liz is a very canny operator with very sharp political instincts that people often don’t always recognise. She has spent a lot of time with people in the party, the ones who are voting.” After all, she is the one left standing when far more high-profile peers fell by the wayside.

The naysayers: see her as a dangerously empty shell:

“Liz Truss is a planet-sized mass of overconfidence and ambition teetering upon a pinhead of a political brain. It must all come crashing down… I’ll wager that at the outset most readers thought Liz Truss a bit weird, curiously hollow and potentially dangerous. This summer a short period will see such rushes to judgement revised. Then government will descend into a huge effort to contain and defang an unstable prime minister; and we shall revert to our first impressions. Save yourself the detour and stick with them. She’s crackers. It isn’t going to work.”

The bottomline: Truss has won, indeed. Unfortunately, given the dire state of the UK economy, the Ukraine war and energy crisis, the prize may be a crown of thorns. A Tory MP says: “I’ve never known an in-tray like it for an incoming prime minister. Everything is in it apart from Armageddon.” And plenty of her peers are already breathlessly awaiting her downfall. In other words, stay tuned. There’s plenty of melodrama ahead.

BBC News has the best profile of Truss and her ideological transformation. For a positive take on Truss, read the Economist’s analysis of what kind of PM she’d make. The Telegraph (India) has the least flattering take on Truss. The Guardian is very good at laying out why she won—and beat Sunak. Also in The Guardian: what’s next for Sunak. BBC News rounds up the seven thorniest issues Truss will face asap.