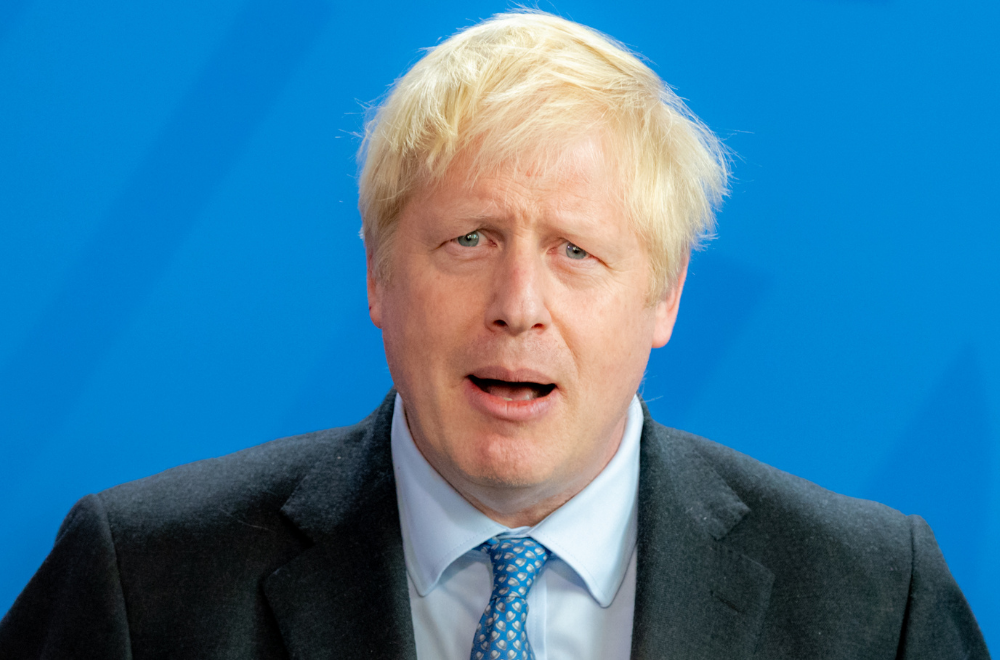 The end of Boris Johnson: What happens now?

The leader best known for his survival skills—earning him the nickname ‘greased piglet’—resigned yesterday after a full-blooded mutiny within his own party. The big question now: Who will replace Johnson? The bigger question: Can they save the Tory party, and the country—which is facing the worst cost-of-living crisis since the post-World War era?

A month ago, Boris Johnson faced a no-confidence vote within his party—and survived by a mere 31 votes. It marked the beginning of the end, with the rebels waiting in the wings to take their next shot at the emperor. We explained the factors that led to Boris’ fall from grace in the previous Big Story. Here we look at why the same Tory stalwarts who voted for Johnson a month ago changed their minds.

Boris, the loser: Johnson’s biggest asset was that he could win elections—leading his party to a landslide victory in 2019—despite all the chaos over Brexit. But his popularity has been plummeting in recent months—and there is great danger that he will take his party down with him. The Tories got whipped in the local council elections held in early May—losing in many of their strongholds. These polls were considered to be a key barometer of public opinion.

Then the Tories lost two critical bypolls in late June—and by big margins. The party co-chair resigned saying, “somebody must take responsibility.” That ‘somebody’ was certainly not Johnson, who said: “I'm not going to pretend these are brilliant results,” adding: “We’ve got to listen, we’ve got to learn.”

Boris, the liar: The biggest problem for Johnson is that he has been caught lying one too many times. A giant whopper involved Partygate. An independent investigation revealed photos of Johnson and his aides boozing it up during the Covid lockdown—after he’d claimed “there were no parties in Downing Street.” The report came out in May—at a time when the country is reeling from the pandemic and rising inflation—which has lowered the standard of living to the lowest levels since the 1950s. It made BoJo look like Marie Antoinette.

Oops, he did it again: Having survived Partygate—barely—BoJo lied again, this time about a scandal involving his Deputy Chief Whip Chris Pincher, who’s been revealed to be a serial sexual harasser:

The problem for Johnson: He knew about Pincher’s behaviour when he promoted him in February—and had joked “Pincher by name, Pincher by nature.” And yet his office first denied knowing about the allegations—then clarified that Johnson was not aware of any “specific” allegations against Pincher. But a former top civil servant revealed that Johnson was briefed “in person” about a “formal complaint” into Pincher's conduct at the Foreign Office—way back in 2019! Then Downing Street claimed Johnson “couldn't recall” the briefing. Johnson finally came clean in an interview on Tuesday, admitting that he “bitterly regrets” not acting on the allegations.

The great exodus: The first and biggest cabinet resignations—of Chancellor Rishi Sunak and Health Secretary Sajid Javid—came minutes after Johnson’s interview. A flood of exits followed on their heels. By the time Johnson finally announced his resignation, half of his government—around 59 ministers—had resigned.

Despite being publicly asked to resign by most of the top leaders in his party, Johnson dug his heels in for days. The final blow came when Nadhim Zahawi—who replaced Sunak as Chancellor—joined the chorus, a mere 48 hours after his appointment.

Johnson finally announced his departure in a speech held outside 10 Downing Street—where he took no responsibility for his downfall—and instead blamed “the herd instinct” of his colleagues:

“I know that there will be many people who are relieved and perhaps quite a few who will also be disappointed. And I want you to know how sad I am to be giving up the best job in the world. But them’s the breaks.”

But he also signalled that he plans to stay at his job as a caretaker until the new leader of the Tory party—and next PM—is chosen.

Amusing quote to note: Back in 2010, this was the opening paragraph of Johnson’s column in the Telegraph (UK)—taking aim at then PM Gordon Brown for clinging to power:

“The whole thing is unbelievable. As I write these words, Gordon Brown is still holed up in Downing Street. He is like some illegal settler in the Sinai desert, lashing himself to the radiator, or like David Brent haunting The Office in that excruciating episode when he refuses to acknowledge that he has been sacked. Isn't there someone—the Queen's Private Secretary, the nice policeman on the door of No 10—whose job it is to tell him that the game is up?”

The world’s reaction: Ukraine, of course, is distraught at having lost its most vocal supporter in Johnson. But Uncle Sam isn’t shedding any tears. In fact, President Joe Biden’s statement did not even mention him by name: “I look forward to continuing our close cooperation with the government of the United Kingdom, as well as our allies and partners around the world, on a range of important priorities.” And when asked if he had any reaction to BoJo’s exit, he merely said: “No, it’s a part of the process.” Ouch!

Coming up next: The great race

Pressure on Boris: The Labour party and Tory leaders are already calling on Johnson to step down immediately—and hand over power to his deputy, Dominic Raab. Labour has threatened to call for a vote of no-confidence in the Parliament to eject him. And his colleagues are worried about the additional damage he may do in the coming months: “The Conservative Party may feel that they need a clean slate, and, even on his way out, Johnson may hurt their chances of re-establishing trust with the country.”

But, but, but: Conservatives are unlikely to vote to oust their own government in the Parliament. And Johnson shows no signs of leaving—and has already pulled together an interim cabinet. But he has promised that “no major policies, tax decisions or other changes of direction would be made before the handover to a new leader.”

The race to replace: Here is how the Tory party elects a new leader:

Point to note: Since the Tories have a significant majority in the Parliament, there will be no general election until 2025—unless the new leader chooses to call for one.

The leading contenders: When Theresa May stepped down in May 2019, Boris Johnson was the obvious choice. But now the election will be a free-for-all—with all sorts of leaders vying for the big job. FYI: This person will become the fourth prime minister in the six years since the Brexit referendum of 2016.

Key point to note: While the Tory party is in disarray, the Labour party may soon follow suit. Its chief Keir Starmer too has been caught breaking Covid lockdown rules—and has promised to quit if he’s found guilty and fined.

The bottomline: We leave you with this excellent clip of Boris that pretty much says it all:

BBC News has a good explainer on the rules and procedures that govern what happens next. Washington Post and Axios list the leading contenders—while The Guardian assesses the chances of Sunak and Wallace. The New York Times looks at the challenges facing the new Tory leader. You can read Boris Johnson’s resignation speech here. If you want to know more about the Pincher scandal, The Guardian has a timeline and BBC News has more details. Our most relevant Big Stories offer more context on Boris Johnson’s downfall—and explain why Sunak’s popularity recently suffered a nosedive.