One: Meet Lucas, the four-year-old penguin at the San Diego zoo—who has been fitted with a pair of practical, and very cute boots. He’d developed a degenerative and painful foot condition called bumblefoot—causing him to limp and lose control of his feet. But now he is waddling away with gay abandon with his colony thanks to ingenious new orthopaedic footwear—which are “cushioned and Velcroed in place.” These boots were made for walking indeed! (BBC News)

Two: Printers are a fact of life at most offices but at Chennai’s Evochef office, that familiar background hum isn’t paper in the machine, its…dosas! The world’s first portable dosa printer—created by VML Senthilnathan—has a 700 ml cartridge that is filled with fresh batter—which transforms into eight perfectly uniform A4 sized dosas. The best bit for picky dosai eaters: Evochef allows you to choose thickness, time—and even make ragi versions if you wish. The only thing that might not be as appealing: the price tag of Rs 15,999. You can see it work its magic below. (The Hindu)

Three: Imagine strolling down a picturesque beach in France and stumbling on… an orange plastic Garfield–shaped phone! That’s exactly what’s been happening over and again on the coast of Brittany for over 30 years—perplexing locals and worrying environmentalists. The mystery was finally solved by an anti-littering group who followed the trail to a sea cave—where they found an entire container of the novelty phones that had blown off a ship back in the 1980s. Sadly, it is wedged in an unreachable spot—so the phones will continue to flow forth until supplies last. Well, in its defence, it is a cute looking phone. (KCRA) 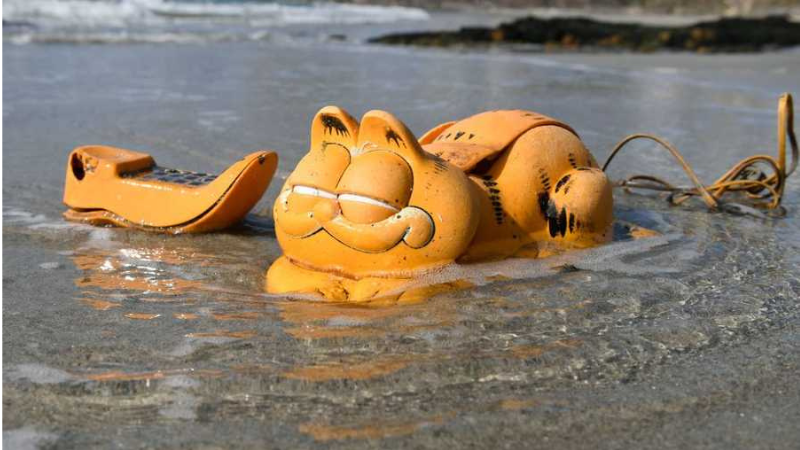