One: We’ve all heard about King Tut’s curse—the claim that everyone who disturbs the grave of the Egyptian pharaoh is doomed to die. A new documentary reveals that the myth was invented by a cranky tabloid journalist—employed by the infamous Daily Mail, to be specific. Egyptologist-turned-reporter Arthur Weigall was furious that The Times UK got the scoop on the first entry into the tomb. So he made up the story—and every other newspaper got into the act. See? Media misinformation isn’t just a 21st century thing. (Telegraph UK, paywalled)

Two: Scientists have invented a wheel that rolls uphill! It’s a wriggly “odd wheel” robot that can spontaneously roll up an incline. It can push itself against the ground and even conquer obstacles as it makes its way up. Now, the reason it can do this involves more science than we can explain—so we leave it to Quanta to do that job. We’re just happy to admire its wonky awesomeness.

Three: Did you know that some people in America are saving their urine in a jug to fertilise crops—a practice called ‘peecycling.’ Apparently, the stuff we flush away many times a day is good for the planet:

“Human urine… is full of the same nutrients that plants need to flourish. It has a lot more, in fact, than Number Two, with almost none of the pathogens. Farmers typically apply those nutrients—nitrogen, phosphorus and potassium—to crops in the form of chemical fertilisers. But that comes with a high environmental cost from fossil fuels and mining.”

Maybe someone should tell all those men who are wasting their pee on public walls? (New York Times)

Four: In 1926, Sir Bhupinder Singh, the Maharaja of Patiala, went to Paris with a trunk full of diamonds and other precious gems. His destination: the workshop of Louis Cartier—who created the stunning Patiala Necklace with 2,930 diamonds, including the world's seventh-largest stone. But this over-the-top bit of jewellery disappeared from the Patiala treasury—and its whereabouts remained a mystery… Until part of it—or what looked like its choker—showed up in this year’s Met Gala on the throat of YouTuber Emma Chamberlain. Cue great outrage over cultural appropriation etc. Daily Beast has the story, but is paywalled. You can get the gist of its history over at Indian Express, as well. 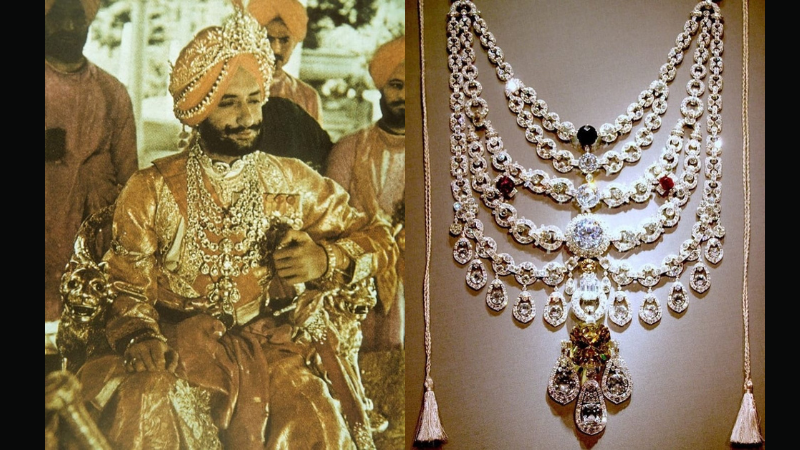