A great “storm” over Maharashtra

The ruling alliance—of Shiv Sena, NCP and Congress—is in grave danger of falling apart. The reason: an internal Sena revolt led by state minister Eknath Shinde—who first holed himself up in a Gujarat hotel along with 30-plus party MLAs. According to unnamed BJP sources, they are now being taken to Guwahati for “security reasons.”

The math looks grim for Uddhav Thackeray—who has 55 seats in the current assembly. Only 18 MLAs showed up at a party meeting called at his residence. So if Shinde can rally 37 to his side, he will have the minimum two-third majority to create a separate faction—without having to contest fresh elections. The BJP currently has 106 MLAs. The number required to achieve a majority: 144. So it’s very, very close.

The main trigger for Shinde’s revolt: the rise of Aaditya Thackeray who sidelined the veteran who was considered Uddhav’s right-hand man. And he is also unhappy with the decision to join hands with the Congress and NCP. Economic Times crunches the numbers to lay out the possible scenarios.

Speaking of falling governments: Israel is heading for its fifth national election in three years—after the governing coalition led by PM Naftali Bennett collapsed. The alliance was basically built around keeping Benjamin Netanyahu’s Likud party out of power—and was made up of eight parties across the ideological spectrum. This diversity has proved to be its undoing. When both right—and left-leaning parties refused to support key legislation, it became impossible to govern. What happens next: yet another election to be held this fall. A possible winner: Netanyahu who currently leads in the polls—though it is unclear if his party will be able secure a majority. FYI: He is currently on trial on corruption charges. (New York Times)

And the nominees for President are…

Opposition parties settled on their candidate for the post of President of India: former BJP leader and minister Yashwant Sinha. This is after both NCP chief Sharad Pawar and former Congress politician Gopalkrishna Gandhi said they had no interest in the job. OTOH, the BJP-led NDA made history by nominating former Jharkhand Governor Draupadi Murmu—who may soon become the first person from the tribal community to occupy the highest post in the country. Indian Express has more on Murmu. The Telegraph looks at the political calculations behind her choice.

Russian journalist Dmitry Muratov auctioned his 2021 Nobel Peace Prize—which he won along with Maria Ressa—for $103.5 million. The proceeds will be donated to UNICEF programs that help children displaced by the war in Ukraine. The sale price is the highest ever for a Nobel medal. (Reuters)

According to cyber-security company CloudSEK, Indians have been conned out of $128 million (Rs 1,000 crores) thanks to a massive crypto racket. Here’s how it works: The scammers create dummy versions of legitimate cryptocurrency trading platforms. Then they approach targets using fake, female social media profiles—persuading them to invest large amounts of money on these sites—which soon freeze their accounts. If the targets complain on social media etc, then these con artists approach them again—this time asking for their bank details etc under the guise of helping them. (Business Standard)

The company announced a new MEECare policy that gives employees up to 365 days of paid leave in cases of medical emergencies. They will receive 25% of their salary if they need time off to take care of a loved one. Also part of the packet: contributions to provident funds, insurance, and medical benefits. Reminder: Meesho has been under fire for pivoting overnight from a reselling platform to an ecommerce play—which left 15 million resellers in the lurch. (Mint)

The one-leg test for life expectancy

A study of participants between the ages of 51 to 75 found that people who cannot stand unsupported on one leg are twice as likely to die within the next decade. Failing the test is associated with an 84% increase in the risk of death from any cause. Sooo, we’d start honing those yoga skills ASAP! (The Guardian)

One: Cambodian fishermen caught the world’s biggest freshwater fish: a four-metre long stingray that weighs 300kg. The good news for the fish: It was released back into the wild after being electronically tagged. She even has a name: Boramy, which means “full moon” in Khmer. (CNN)

Two: Meta announced the opening of its ‘Avatars Store’—where users can purchase Balenciaga, Prada, and Thom Browne outfits for their metaverse selves. And you can snap them up for anywhere between $2.99 and $8.99. The rollout included a “fashion show” of the Zuck in various fashion-forward outfits—which may be the only reason we’re including this bit of news. You can watch his amusing reaction to the makeover here. (Engadget) 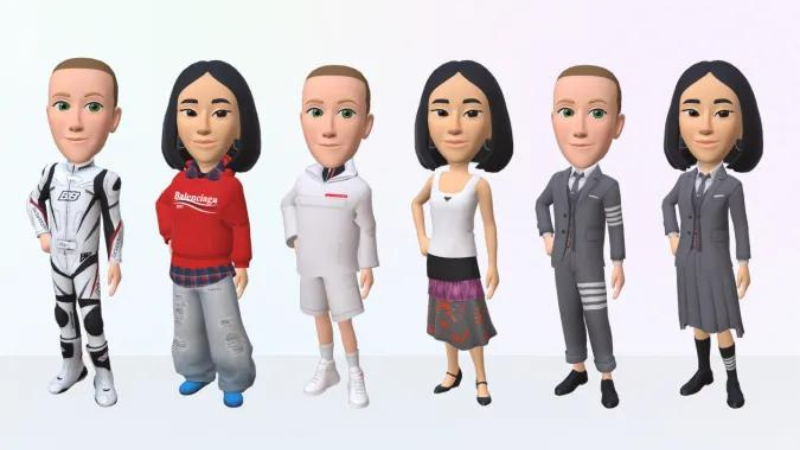 On the latest episode of the splainer podcast ‘Press Decode’, the team looks at the controversy surrounding the military’s Agniveer program—and the heated debate over making AI more “human.” Be sure to head over to the IVM website, Spotify or Apple Podcasts to listen to it.