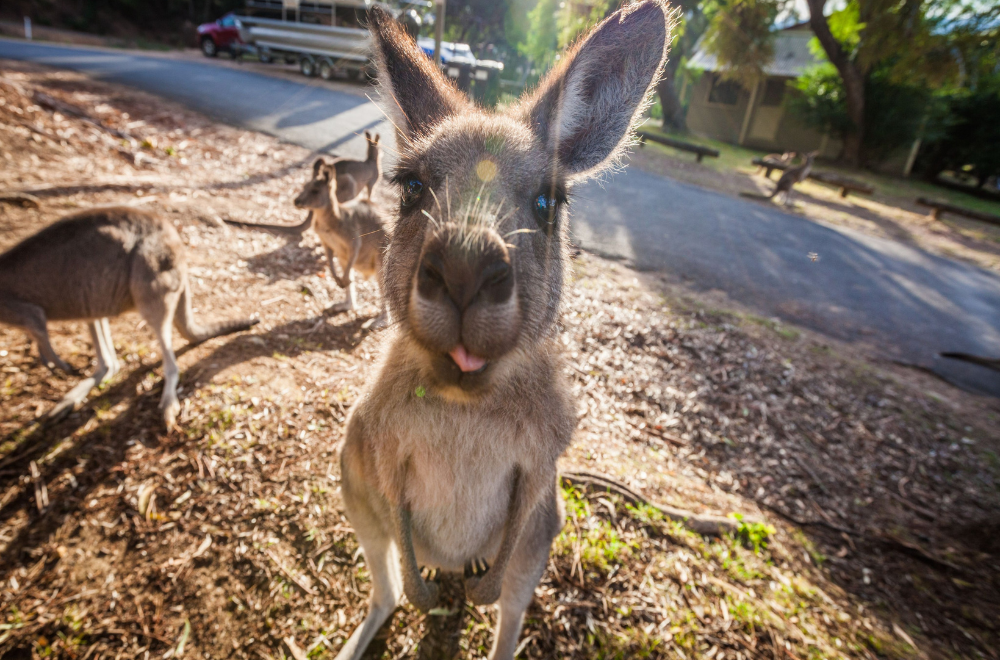 The discovery of kangaroos in Bengal revealed an unexpected side to the problem of illegal wildlife trade—a growing interest in exotic animals that are imported into the country. And it isn’t just kangaroos.

We are one of the top twenty countries in the business. India is the source, destination and transit point for trafficked animals.

India as a source: Indian wildlife is poached for both domestic and foreign consumption:

India as a destination: There is a thriving Indian market for foreign exotic species—and it has been growing in recent years. 70,000 native and exotic animals and their derivatives were trafficked through 18 Indian airports between 2011 and 2020. There are at least 25 markets that trade in live wild animals—including Crawford Market in Mumbai, Russel Market in Bangalore, Murgi Chowk in Hyderabad and Mir Shikar Toli in Patna.

Rise of the exotic pet: In June 2020, the Indian government invited citizens to voluntarily disclose ownership of foreign animal and plant species—and received applications from 32,645 people from 25 states and five union territories. Of these, 30% were from West Bengal—followed by Kerala (26%), Tamil Nadu (13%) and Maharashtra (8%). The declared animals included endangered species like the black-and-white ruffed lemur from Madagascar and the East African antelope beisa—of which there are only 12,000 in the wild. Others included kangaroos, lemurs, and rhinoceros iguanas.

Key point to note: Animals which have been officially declared are just the tip of a very large iceberg. As one wildlife expert notes:

“Many of the 32,000 who came forward [in the amnesty] were likely to be middle class, educated types who may regret their decisions or have made mistakes or bought pets on a whim, and actually care about the welfare of their animals. But the smugglers are watching to see what happens next.”

Here’s just a sample of what raids in recent years have uncovered:

And now we have kangaroos: The exotic animal trade made global headlines recently when forest officials in Bengal rescued three kangaroos—and later found the remains of a joey (baby). The discovery came barely a month after two people were arrested for trying to smuggle a kangaroo in the state. You can see the rescued kangaroos hopping along the Siliguri highway below:

Why is this happening now?

The biggest reason is the rise of an Insta-driven aspirational culture—where these animals become a status symbol. An expert in wildlife trafficking says:

“The number and diversity of exotic species being smuggled into India has surprised everyone. We attribute it to the growing number of Indians with disposable incomes and the influence of social media, where people are exposed to exotic species being kept as pets around the world.”

Nothing says you’ve ‘made it’ like owning “something exclusive and costly, as a style or status symbol.” For example: the price of a pair of hyacinth macaws can run into lakhs but people are willing to pay for a blue bird that can be taught to ‘talk.’

Quote to note: It isn’t hard to procure an exotic pet in India:

“Every town and city in India has a pet store or fixer who either sells exotic creatures or can procure them somehow. If you want to order a cockatoo, an African grey parrot, a foreign snake, whatever—they can be yours for the right price. It’s become like an over-the-counter drug.”

Not just rich jerks: At first, the kangaroos in Bengal posed a great mystery—fueling speculation that they were intended for animal testing. But at least one of them was bought by a municipal zoo in Indore—and the smugglers had a purchase order to prove it. The animal was sourced from an animal farm in Mizoram—which had previously sent exotic birds such as shelled parakeets to the zoo.

More importantly: Wildlife activists are sceptical that any farm in India is breeding kangaroos—since it requires wide open spaces:

“So, this kangaroo might have entered India through the Mizoram border from a country like Myanmar or Thailand. However, in the purchase order, it is written that the consignment is from Mizoram, so the real source is hidden from the authorities.”

They also note that the Indore zoo is hardly the exception. Zoos in India often procure animals via illegal trade networks. Also a frequently used tactic:

“Another way of procuring exotic animals is by seizing consignments. So, for example, if the kangaroos are coming from Mizoram to Madhya Pradesh, the consignment will be seized in Indore, and they will be sent to Indore Zoo.”

How do they get these animals into the country?

The long Northeast border serves as a two-way conduit—where animals are both brought in and taken out. The reason: It “is located close to the ‘Golden Triangle’, an area where the borders of Thailand, Laos and Myanmar meet at the confluence of the Ruak and Mekong rivers.”

What is notable, however, is the emergence of West Bengal—specifically, the district of Jalpaiguri—as a key hub. The key reason is its attractive location:

“The borders of three of India’s neighbours—Nepal, Bhutan and Bangladesh lie close to the city and district as these are located near the strategic ‘Chicken’s Neck’ corridor. Myanmar and China are also not too far away.”

Point to note: The border is a popular smuggling route for all kinds of commodities—which makes it perfect for any kind of trafficking: “If you can fit a few tonnes of wood into a lorry coming from Burma into [the northeast states] Mizoram, Assam then West Bengal, you can take a few crates of snakes and birds and even monkeys back.”

Also this: Airlines are another popular route—and India is in the top ten countries for animals trafficked via air. The most popular airports are Chennai and Mumbai. Here’s how it works:

“Most of the illegal shipments come via air, as many species are very expensive. To minimise losses they are hidden in plastic boxes and bottles, in hand baggage, checked baggage or air cargo.”

Why haven’t we been able to crackdown on this?

One reason is that these are highly sophisticated networks that are shrouded in secrecy and very difficult to track:

“The smugglers, the guys driving a truck or jeep, or pulling cages off a boat, are unlikely to know who the end buyer is. These networks are very deep, and expensive. It’s a multimillion-dollar industry that is running underground, so you can imagine the levels of secrecy. They do not use normal communications, they use the darknet, coded terms and no one really knows who’s working for whom.”

The other reason: is the loophole in Indian law. Shockingly, the trade in exotic species is not covered by the 1972 Wildlife Protection Act—which only protects native species. India is a member of the global CITES (Convention on International Trade in Endangered Species of Fauna and Flora) treaty which prohibits wildlife trade of endangered species. But this is enforced via custom and trade laws—which monitor the unlicensed entry of animals.

Once they’re inside the country, law enforcement has limited options: “So if they catch them at a customs port they can take action, but once it is in India itself there is little they can officially do.” Officials will have to trace the country of origin to prove smuggling—which is often impossible.

The bottomline: The government is planning to close the loophole with a new law that protects the endangered species covered by CITES. This is a much-needed step forward. But will it protect those poor kangaroos? Most likely not. And it may not protect us from the threat of zoonotic diseases—imported via these species—either.

Mongabay has a detailed explainer that looks at all kinds of illegal wildlife trade in India. Al Jazeera has an excellent report on kangaroo smuggling in India and Mongabay links it with zoos in the country. IndiaSpend has the numbers revealed by the official declaration of ownership submitted to the government. Mongabay also reveals how smugglers are exploiting the amnesty scheme. The Guardian looks at the reasons for the rise in exotic pet ownership. De​​utsche Welle and The Citizen explain why we’re struggling to curb this illegal trade.