If you need more context to understand this story, be sure to check out our explainers here and here.

One: The Israeli government is setting up a taskforce to investigate whether “policy changes” are needed regarding sensitive cyber exports. This will include  representatives from the defence ministry, ministry of justice, foreign ministry, military intelligence and the Mossad. The revelations of snooping have been embarrassing for two reasons. One: Pegasus cannot be sold to any government without Israeli authorities granting an export license. Two: “There are also questions about whether Israeli intelligence agencies have been able to access information gathered by NSO’s clients – which both Israel and the surveillance company strongly deny.” (The Guardian)

Two: This sudden desire for self-introspection is partly explained by the fact that Israel now has a new government headed by Naftali Bennett. This Haaretz investigation shows that the countries of the global database of targeted phone numbers have a clear link to former PM Benjamin Netanyahu. He made a concerted effort to “improve relations” with each one of them during his tenure—including the likes of Rwanda, Kazakhstan and Azerbaijan. And phone numbers of targets from these countries were added to the database around the same time when Netanyahu held a high-level meeting with their heads of state. For example: With PM Modi in 2017.

Three: Meanwhile, NSO—the company that makes Pegasus—says it will “thoroughly investigate any credible proof of misuse of its technologies, as we always had, and will shut down the system where necessary.” But it also slammed the exposé as a "planned and well-orchestrated media campaign.” So any such investigation may have a slight attitude problem there. And that surly attitude is a bit surprising since NSO’s own ‘Transparency and Responsibility Report 2021’ shows that the company identified the misuse of its technology as a significant risk. (The Telegraph)

Four: Bengal CM Mamata Banerjee came out swinging against Pegasus and the BJP government. Exhibit A in her fiery speech: a ‘plastered’ iPhone lol!

One: A new study found that the single-dose jab Johnson & Johnson vaccine shows reduced efficacy against the Delta variant—which is similar to a single dose of AstraZeneca that offers only 33% protection. What this means: People may need to get a booster shot of another vaccine or J&J needs to test a two-dose regimen. (New York Times)

Two: A nationwide government sero-survey shows that 67.6% of Indians have Covid antibodies—indicating that they were exposed to the virus. But this means that a full 400 million (40 crore) people are still vulnerable to infection. And given the number of variants around, reinfections cannot be ruled out. (Indian Express)

Three: A Lancet study shows that 1.19 lakh Indian children lost their primary caregiver—either a parent or a guardian grandparent—to Covid. Of these, 25,500 children lost their mother; 90,751 their father and 12 children lost both parents. The global figure is 11.34 lakh. India is #3 in terms of its total—behind Mexico and Brazil. (The Hindu)

Four: This is a Covidiot alert! An Indonesian man who tested positive sneaked onto a flight from Jakarta by disguising himself as his wife—by taking her ID and wearing a niqab that covered him from head to toe. How he was caught: “A flight attendant reportedly told authorities that she saw ‘DW’ go into an airplane bathroom, then come out wearing men's clothes instead of the niqab.” He is now in self-isolation and will be eventually prosecuted. (CNN)

New research shows that wild pigs release the same amount of carbon dioxide each year as 1.1 million cars. And this is just from digging in the dirt:

Among their other many sins: destroying $1.5 to $2.5 billion worth of crops, pushing native species to extinction and even the murder of a Texas woman. Gizmodo has more on the latest research. Wired looks at the wild pig’s growing “résumé of destruction.” Yes, this creature below is just plain evil. 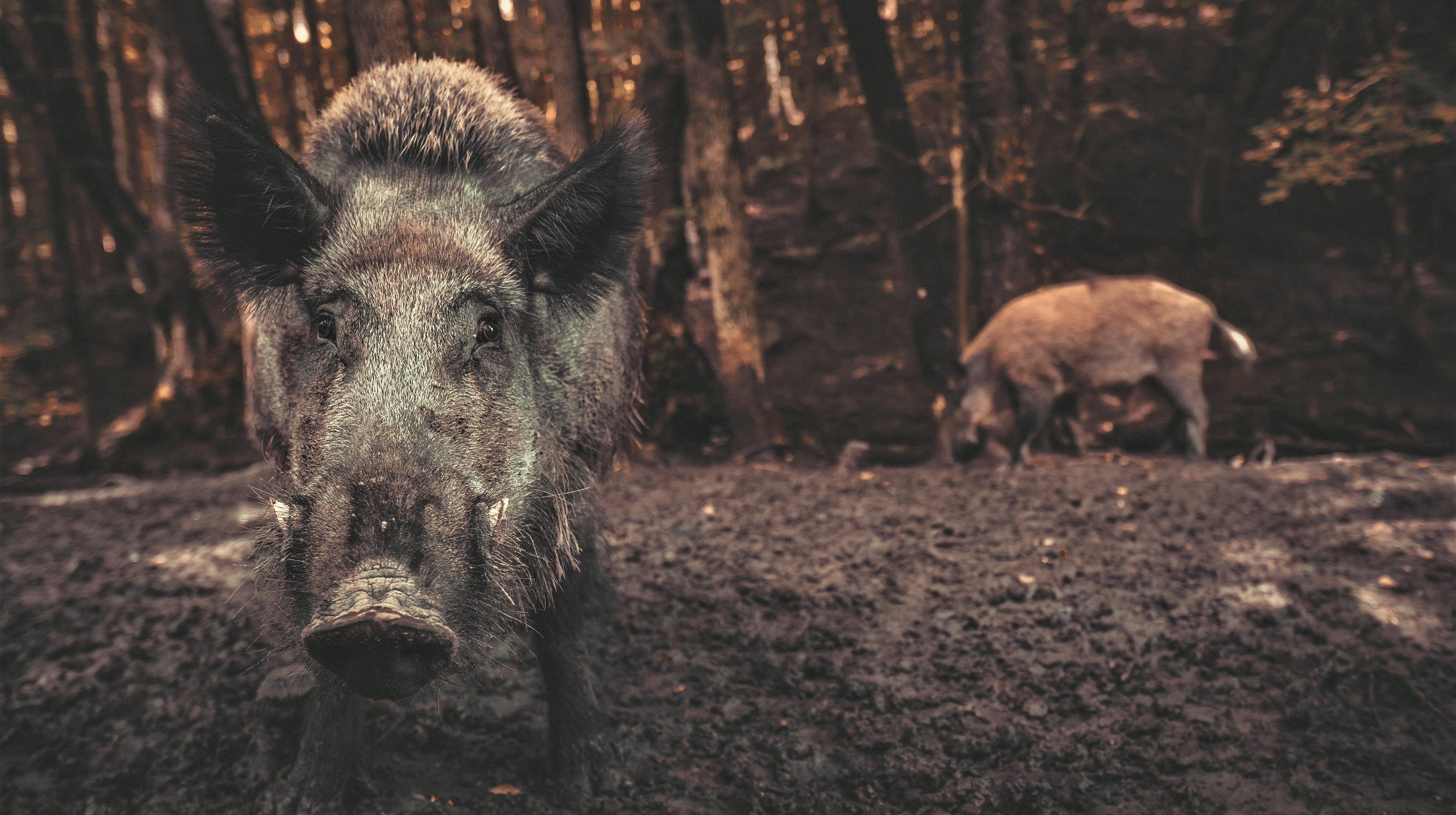 Speaking of climate change: A Swedish study found that men generate more global warming emissions than women—because of their spending habits: “The way they spend is very stereotypical – women spend more money on home decoration, health and clothes and men spend more money on fuel for cars, eating out, alcohol and tobacco.” Point to note: Previous research found that in families with one car, men used it more often to go to work with women more likely to use public transport. Just saying. (The Guardian)

The Milwaukee Bucks won the NBA championship after 50 years—beating the Phoenix Suns 105-98. The star of the final game was undoubtedly Antetokounmpo who scored 50 points, shot 16 for 25 from the field and made an unbelievable 17-of-19 free throws. He was the other Cinderella story—the son of Nigerian immigrants who grew up in Athens, a football-loving child who was spotted by a basketball scout. And the rest is history. The Guardian has the match highlights. ESPN traces Giannis’ rise to stardom. Watch him speak about being a street seller as a kid below:

In other athlete-related news: Julius Ssekitoleko, a Ugandan athlete, has gone missing in Tokyo—right on the eve of the Olympics. The 20-year-old weightlifter—who failed to qualify for the Games after his arrival—left a note saying his life back home was too difficult and he wants to work in Japan. Authorities have failed to locate him. (CNN)

Unesco has stripped the English city of its coveted world heritage status due to “serious deterioration and irreversible loss” to the historical value of its waterfront. Basically, development projects have destroyed the Victorian docks—which were testament to Liverpool’s role as a major trading power during the British empire. The loss is considered a “humiliating blow” to the city, which will be only the third city—after Oman’s Arabian Oryx Sanctuary and the Dresden Elbe valley in Germany—to lose this recognition. The locals are understandably furious. (The Guardian)

Doing much better: Brisbane, Australia, which has been picked as the venue for the 2032 Olympics Summer Games. (Reuters)

Netflix gets into video games

The company’s growth since the start of the pandemic has been a little erratic, or as its investors report puts it: “Covid has created some lumpiness in our membership growth (higher growth in 2020, slower growth this year), which is working its way through.” And it just had its weakest quarter in many years. The solution for these growth woes: video games—which it will offer as a “new content category” to its subscribers—at no extra cost. It wants to experiment with standalone games and games tied to its specific franchises. The company says it will also explore licensing games from third-parties. BBC News looks at Netflix’s performance. Axios has more on the gaming angle.

A stranded baby orca in NZ

A young orca calf—now named Toa—has been under 24X7 human care ever since he was separated from his mother on July 11. He is somewhere between two to six months old and was found stranded in the rocks. Since then, volunteers from the Department of Conservation, whale rescue teams and the local tribe have been caring for him—while frantically searching for his pod. Now, Toa’s in good shape apart from the occasional tummy upset as experts try and hit on the right baby formula. But some scientists are calling for him to be euthanized—“questioning whether keeping an infant whale on a type of human life-support for this long is ethical.” As one of them puts it:

“New Zealand has no captive or rehabilitation facility that could support Toa. Of course, we all crave a Disney happy ending, but what matters most here is not our understandable human sentiment and emotion, but notably the viability and welfare of Toa.”

But the DOC says there is no time limit on how long it will tend to Toa. And the conservationist leading the effort declared: “We don't euthanise healthy animals. That's not on our agenda with whale rescue.” And everyone is desperately holding on to the hope of finding Toa’s family. Watch him play with his rescuers below. (The Guardian)

Museums like the Louvre and Uffizi are, however, not amused at this attempt at art education—which promises to “help you skip all of the boring paintings like The Mona Lisa and go straight to the pervy stuff.” And they plan to sue for copyright infringement. Daily Beast has more on this very amusing story.