In yet another bizarre show of force, a team from the special cell—which investigates terrorism and organised crime—landed up at the company’s Delhi headquarters. The absurd reason offered:

“The police team went to the Twitter office to serve a notice on Twitter as part of a routine process. This was necessitated as we wanted to ascertain who the right person is to serve a notice, as replies by Twitter India MD have been very ambiguous.”

So it must be just a coincidence that this unwelcome visit occurred just days after Twitter slapped a ‘manipulated media’ tag on tweets by a number of BJP leaders—who’d falsely accused the Congress party of creating a ‘toolkit’. What to look for: Social media companies have only two days left to comply with the government’s new digital media rules (explained here). So we may see more such raids in the future. BuzzFeed News has more on the raid.

At least 21 people were killed when an ultramarathon—where people ran 100 km in mountainous terrain—was hit by extreme weather:

“At around noon, the high-altitude section of the race between 20 and 31 kilometres was suddenly affected by disastrous weather. In a short period of time, hailstones and ice rain suddenly fell in the local area, and there were strong winds. The temperature sharply dropped.”

And the runners found themselves trapped in gale winds, freezing rain and hail—and most of them were wearing t-shirts and shorts. A total of 172 people took part in the race. CNN has more details. A related good read: New York Times has a first-person account of a survivor.

Sexual harassment at a Chennai school

The prestigious Padma Seshadri Bala Bhavan School in Chennai has finally suspended a teacher who was allegedly sexually harassing students for years. He apparently tried to inappropriately touch students in class, asked them out on dates, made sexual remarks and jokes, made comments on their physical appearance etc. The school apparently took no action against him despite complaints—and only cracked down when students’ accounts of his misbehaviour went viral on an alumni’s Instagram handle. Over a 1000 alumni of the school have released a statement making a series of demands for immediate action (read it here). Meanwhile, the Chennai police have arrested the teacher. Times Now has the most details on the allegations. The Hindu is so coy it won’t even name the school, but has more on the school’s response. The News Minute has PSBB’s problematic history on MeToo issues.

Campylobacter is a “squiggly bacteria” that gives you food poisoning when you don’t cook the chicken properly etc. Now researchers have found that the bacteria can also be transmitted via sexual contact—of the anal-oral kind. As a result, the rate of Campylobacter infection was 14 times higher in men who have sex with men—though it isn’t of course limited to them. (Science Alert)

The daughter of the ruler of Dubai was abducted off the coast of Goa when she tried to flee the royal family in 2018 (the entire saga explained here). And for years, no one has seen her in public. In February, BBC News aired smuggled clips of the princess claiming she is being held prisoner at a villa. And in April, the UN demanded ‘proof of life’ evidence from the UAE—which has not officially obliged. We now have two photos shared on Instagram—one showing her outside a movie theatre inside a Dubai mall, and the other at a restaurant. They were posted by one of her friends—likely with the permission of the royals. The Guardian has the story. Daily Mail has a lot more gossipy details. 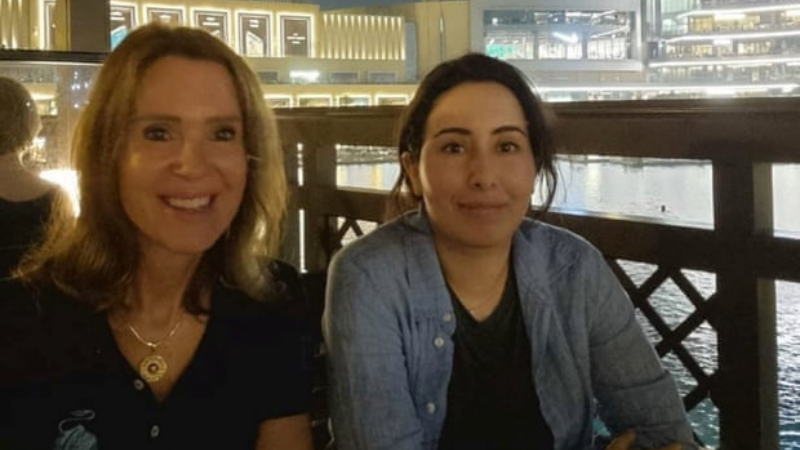 WTF is happening in Lakshadweep?

Praful Khoda Patel became Lakshadweep Administrator in December, and has since introduced a series of regulations that have enraged residents. These new rules:

And he has mismanaged the pandemic—resulting in 6,000 cases and 24 deaths on an island that has a population of 70,000. FYI: Patel was Gujarat’s home minister when Modi-ji was CM. The Print  and The Telegraph have more on Patel’s dictatorial rule—and the #SaveLakshadweep campaign on Twitter. This thread is also an eye-opening read.

A baby bit his toddler brother’s finger. The video went viral and became one of the most viewed videos on YouTube (why?). Now, it has been auctioned off for $760,000 as an NFT (explained here), and will soon be taken off YouTube. Be sure to enjoy this invaluable sight while you can. (CNN)

The winners Maneskin had little time to bask in glory thanks to a controversial clip that appeared to show a band member (maybe?) doing a line of cocaine on camera. The band has strongly denied doing any such thing, and the singer Damiano David has already passed a voluntary drug test. (Agence France Presse)

A ‘Family Man’ controversy: Rajya Sabha MP Vaiko has written to Broadcasting Minister Prakash Javadekar asking him to ban season 2 of the show. The reason he is very offended: It shows “Tamilians as terrorists and ISI Agents and having links with Pakistan.” The filmmakers have now been forced to express their great love for all things Tamilian. Never mind that the season isn’t dropping until June 4. Just a trailer is good enough for a ban these days. (Indian Express)

One: Gymnast Simone Biles wowed the world again by becoming the first woman in history to land a ‘Yurchenko double pike’ in competition. See the never-before-seen vault below. Mashable has the story.

Two: Bangalore residents were treated to the lovely sight of a rainbow halo around the sun. The News Minute has the explanation for this natural phenomenon. Below is a lovely photo taken by founding member Dineet Dadu. 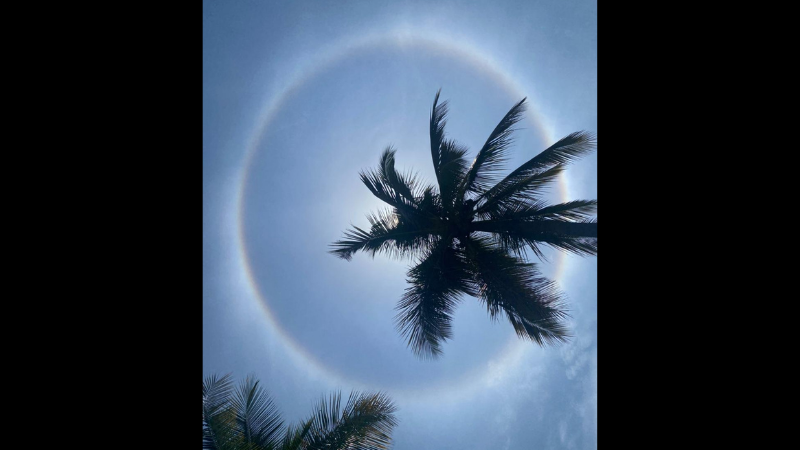