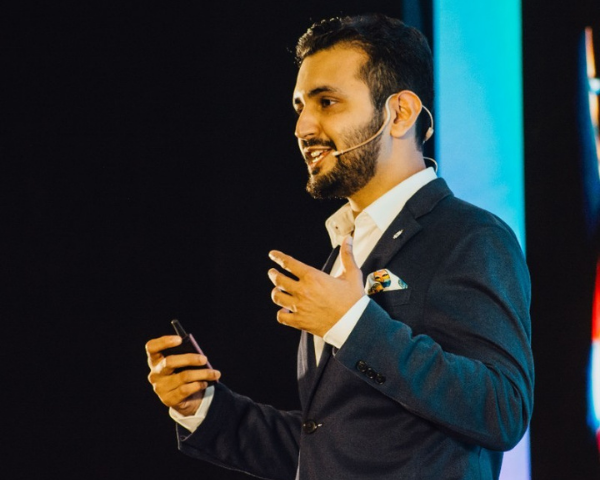 Siddharth Singh works on the future of energy, mobility, urbanisation and climate change with an international research organisation. He is the author of ‘The Great Smog of India’, a book on India’s air pollution crisis. When he is not trying to save the world from man-made disasters, he is usually reading, making him the perfect candidate for our Book Addict’s Quiz!

We used to have a library period in school, which was often just an excuse for us to play, chat and do things kids do at that age. I don’t remember having read a single page during this period, until a friend suggested I read a book titled ‘Mr. Bubbus and the Apple-green Engine’. For the life of me I don’t remember what this book is about, but after reading this book, I ended up reading dozens more through the rest of the year and there was no looking back. Thanks for that, Mr. Bubbus.

<Ah, the library periods—arguably the only schooltime ritual worth carrying over into adulthood—except we have to create our own.>

There have been many, but one that has resonated with me most over the past year is from the poem ‘Tum Kaun Ho Be’ by Puneet Sharma. I think it perfectly describes my relationship with my country in the face of people who demand you prove your patriotism at every juncture. It’s a Hindustani poem that, in a very casual and witty tone, confronts the listener with: “Hindustan se mera seedha rishta hai, tum kaun ho be? Kyun batlaun tumko kitna gehra hai, tum kaun ho be?“ (I have, with India, a direct relationship; Who the hell are you?; Why should I explain how deep it is? Who the hell are you?)

<How wonderful. Thank you for flagging this one for us!>

Mark Twain. As a kid, the Adventures of Huckleberry Finn were my escape. This was a time when we did not have a TV at home, and of course, no internet either. As a kid with protective parents living in an urban environment, I didn’t have any exposure to discovery outside my closely watched surroundings. This was my first vivid adventure through the eyes of a kid I could identify with. Of course, all these years later, I have learned about racist undertones of Mark Twain’s writing—something I either didn’t catch on to as a kid, or just normalised it.

<Childhood heroes may be ruined, but their writing still inspires great affection and happy memories. Looking at you Enid Blyton!>

My best friend and worst enemy probably deserve the same book: ‘Cosmos’ by Carl Sagan. To one, the book would be a treat, vividly describing to them the world beyond our immediate sights and sounds and discussing our place in the universe. To the other, it would hopefully bring some perspective.

<Following perfectly the Sagan axiom: “Every one of us is, in the cosmic perspective, precious. If a human disagrees with you, let him live. In a hundred billion galaxies, you will not find another.”>

‘The Three Body Problem’ by Liu Cixin starring Matthew McConaughey as Mike Evans, who is the son of an oil magnate who creates a militant organisation to welcome hostile extra-terrestrials to earth.

Honestly, the only book reviews I really remember are those of my own.

<And none of those, we’re sure, were better than the book;)>

Oh, none. I am quite honest about the fact that I’m a slow reader and read far fewer books than many of my peers do—and that is no reason to judge anyone.

<Wow, what a very mature response. We are, for once, snark-less.>

I won’t tell you which, but it rhymes with The Platonic Curses. When I lived abroad, I looked up the list of all books banned in India. I wanted to create a whole library of these books, knowing well that I would never be able to bring them back to India. But I never quite got down to it.

<Not fair! Now, we’re desperately thinking of every word that rhymes with ‘curses’.>

Please don’t do this to me! Douglas Adams combined my love for the absurd with my love for space and science fiction.The Hitchhiker's Guide series remain my favourite funny books of all time. It’s surprising how many readers still haven’t read his work, so I’m going to use this opportunity to bump his work up again.

<Who hasn’t read Adams? Who? Who are these people? We want names!>

Oh my pile is so high! I had to leave it behind in Delhi when I moved half a year ago, so I don’t have a photo for you. But that pile contained, among others, ‘Legacy of Ashes: the History of the CIA’, ‘The True Believer: Thoughts on the Nature of Mass Movements’, and a biography of Gorbachev.

Thank you for playing Siddharth! Be sure to check out his excellent book ‘The Great Smog of India’, a book on India’s air pollution crisis.