US prosecutors have charged four Iranian intelligence operatives with plotting to kidnap Masih Alinejad, a journalist and human rights activist—in a case that is eerily reminiscent of the plot to kill Saudi columnist Jamal Khashoggi. The agents hired private detectives to track her movements, and also this:

“One of the four researched a service offering ‘military-style speedboats for self-operated maritime evacuation out of New York City, and maritime travel from New York to Venezuela, a country whose de facto government has friendly relations with Iran.’”

Alinejad fled Iran in 2009 and has lived in New York since 2014. Her brother was arrested by Iranian authorities in 2019, and sentenced to eight years in jail. She believes Iranian President Hassan Rouhani knew about and approved the plot. FYI: According to court documents, over the past two years, Iranian intelligence services have lured Iranian expatriates living in other countries to places where they can be captured, imprisoned in Iran and executed. (NBC News)

Shares in the food delivery app went on sale in its $1.2 billion initial public offering—and they were fully sold out within a day, which is a landmark moment for Indian startups.

Zomato's offering of shares priced between Rs 72-76 is expected to take the company's valuation to $9 billion. Ahead of Wednesday's opening, Zomato had already allotted shares worth $562.3 million to about 200 foreign and domestic investors. Bloomberg News via Yahoo News has all the deets you need about the IPO. Times of India has lots of charts to help you understand why ordinary investors are excited about Zomato. NDTV has more on how Zomato and other brands had a bonding moment on Twitter.

Not having a good day: Mastercard. The Reserve Bank of India has banned it indefinitely from issuing new debit or credit cards starting July 22. The reason: Mastercard did not comply with the 2018 data storage rules that require foreign card networks to store Indian payments data within the country to ensure “unfettered supervisory access.” No, this doesn’t affect existing card holders. (Reuters)

Your free meetings now come with a strict time limit: 60 minutes—which is better than Zoom’s 45-minute cap. But this only applies to video calls with three or more people. You can still chat with your long-distance bae for 24 hours. (The Hindu)

Meesho has a package for you!

People are receiving cash-on-delivery packages from Meesho that they never ordered. This is part of a new scam devised by resellers on the platform:

“For instance, a t-shirt selling on Meesho for Rs. 99 is selected by the reseller. They then add a commission of say Rs 100 on top of it, plug in personal information (name, address, phone number) about the online buyer. The reseller then places multiple cash on delivery (CoD) orders in the names of these unsuspecting customers.”

Because of the low value of each order—and lack of visible information on these plain packages—a person will often pay up and take delivery. If she doesn’t—and sends back the package—that’s fine too since the reseller does not bear that cost. Entrackr’s investigation has more details—and why it matters for Meesho’s bottomline.

One: According to a new study, over 4% of all new cancer cases in 2020 were attributable to alcohol consumption. The risk is highest among those drinking heavily and every day:

“Of the 741,300 new alcohol-attributable cancer cases diagnosed last year, men represented 568,700 cases, while women accounted for 172,600 cases, the researchers found. Most of these cancers were in the esophagus, liver and breasts. Nearly 47% of the alcohol-attributable cancers were linked to heavy drinking, which the authors defined as 60 or more grams of ethanol alcohol (the alcohol found in alcoholic beverages), or more than six drinks, per day.”

Two: On the bright side, drinking at least one daily cup of coffee is linked to a lower risk of Covid infection. The reason: coffee contains antioxidant and anti-inflammatory properties. (Fox News)

Three: A Lancet study shows that of deaths caused by neurological disorders, strokes are responsible for 68%—followed by Alzheimer’s and other dementia (12%). More surprising:

“[H]eadache is the most common neurological disorder affecting 1 in 3 Indians, and is often neglected in terms of public health priority. It is the second leading contributor to the disease burden from neurological disorders in India. Migraine affects females more than males, greatly affecting adults in the working-age population. Available data indicate the huge unrecognised burden of headaches in India.”

One: Researchers say that the Amazon rainforest is now emitting more CO2 than it absorbs—and may be driving climate change rather than limiting it. Most of the emissions are caused by forest fires—which are deliberately set to clear land for beef and soy production. But even without fires, hotter temperatures and droughts help raise emissions:

Two: A report by NewsLaundry shows that over 80% of panelists on English-language TV are male, as are 75% of bylines in Indian media. Also: 51% of all TV debates do not feature a woman at all. This is how bad it was during the pandemic:

“When it came to who talks about what, women’s voices were all but missing on debates about Covid. During 271 Covid-related debates conducted on the surveyed English news channels, 1,300 panelists appeared of whom only 14 percent were women. On Hindi channels, out of 125 Covid-related debates, women made up eight percent of panelists.”

NewsLaundry has a lot more details.

An Emmy for ‘Indian Matchmaking’?

The show has been nominated under the Outstanding Unstructured Reality Program category. Some unkind folks on Twitter weren’t happy, but we think Sima Aunty definitely earned this one lol! (Quint)

China recently unveiled a 435-kilometer rail line connecting Tibetan capital Lhasa with the city of Nyingchi. With 47 tunnels and 121 bridges, the route took six years to build—and about 90% sits higher than 3,000 meters above sea level. The track will host Chinese Fuxing bullet trains—which are equipped with automated oxygen supply systems to keep oxygen levels at a constant 23.6%—and a special layer of glass on the windows designed to withstand the region's high UV levels. Talk about taking the scenic route! (CNN) 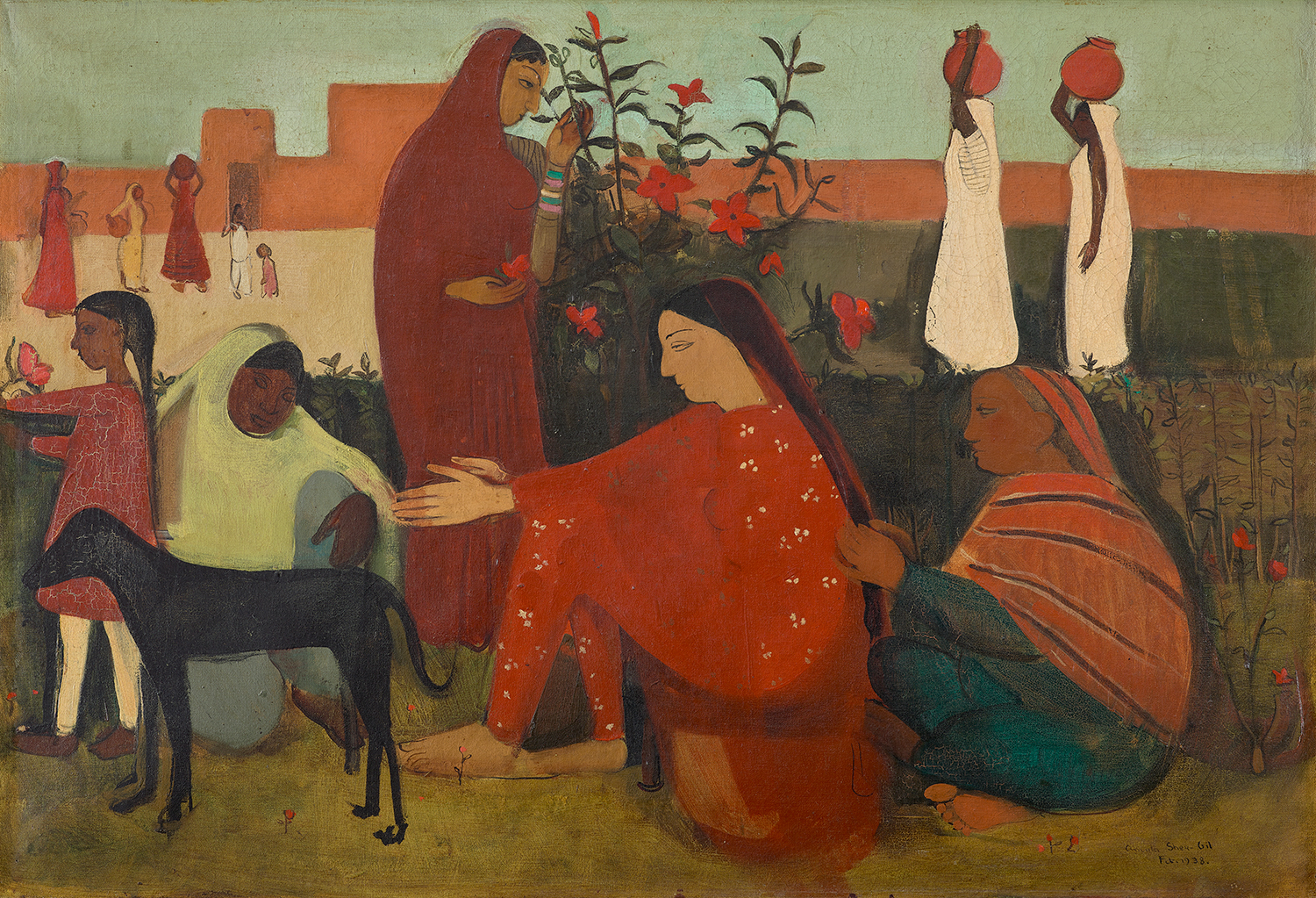