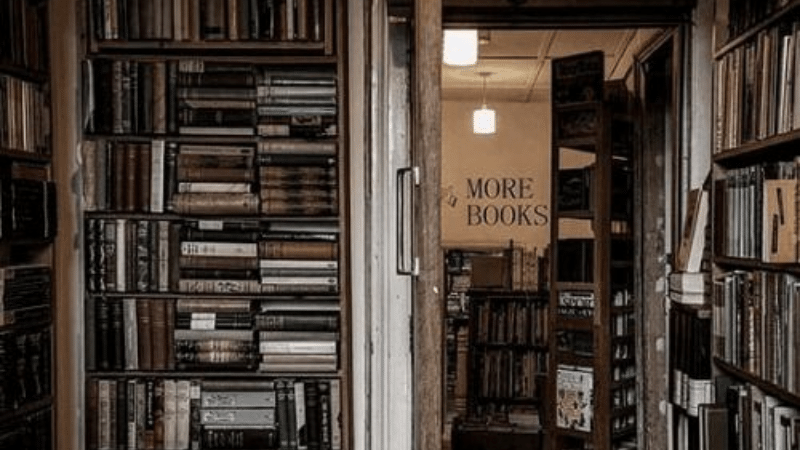 Here’s our monthly roundup of the latest book releases courtesy our editorial manager Rachel John. Let us know if we missed anything over at talktous@splainer.in

The Song of the Cell: An Exploration of Medicine and the New Human: by Siddhartha Mukherjee. Pulitzer prize-winning author of the ‘The Emperor of All Maladies’ tells the tale of cells, the smallest units of our bodies that are incredible self-contained, self-regulating units. Mukherjee traces the history of their discovery—arguably one of the most important in medical history—clearing the way for incredible advances in medicine. This is a tale about how “scientists discovered cells, began to understand them, and are now using that knowledge to create new humans.” It’s fascinating science at its best. (October 30)

Friends, Lovers, and the Big Terrible Thing: A Memoir: by Matthew Perry. One of the most anticipated releases of the year, the memoir follows Perry’s life journey—which includes highs like the hit 1990s sitcom ‘Friends’ and lows involving his personal battles with addiction. Definitely a searing read—as is evident by the excerpts floating around—but packed with Chandler’s signature brand of humour! (November 1)

Babasaheb: My Life With Dr Ambedkar: by Dr Savita Ambedkar, translated by Nadeem Khan. Finally, the autobiography of Dr Savita Ambedkar, wife of Babasaheb Ambedkar—written in 1990—has been translated into English from Marathi. The book offers an intimate look at India’s founding father—as husband, author of romantic letters and the master of delicious mutton curry. (November 7)

Novelist as a Vocation: by Haruki Murakami, translated by Philip Gabriel and Ted Goossen. Who better to talk about the art of writing and its idiosyncrasies than the famously reclusive master storyteller himself. Originally published in Japanese in 2015, the book gives a glimpse into how Murakami weaves his narratives, constructs his mystical worlds and “his musings on the sparks of creativity that inspire other writers, artists, and musicians.” (November 8)

Kurashi at Home: How to Organize Your Space and Achieve Your Ideal Life: by Marie Kondō. After changing all our lives (and closets) with her KonMari philosophy, Kondō is back with another treatise on the magic of organisation. In this book, she draws from the Japanese concept of kurashi—or “way of life”—to invite you to imagine a life without limitations. A vision that makes you more mindful of how you use every corner of your living space and how you take advantage of every moment. It is a visual guide with over 100 beautiful photographs to accompany Kondo’s unique suggestions.” (November 15)

The Last Heroes: Foot Soldiers of Indian Freedom: by P Sainath. Twenty five years after his seminal book on Indian poverty, Sainath is back—but this time uncovering the extraordinary stories of ordinary people during the Independence movement. From farmers and labourers to homemakers, the book pays homage to the aam aadmi and aurat of that time and their rebellion against the British. (November 21)

The Rise of the Dragon: An Illustrated History of the Targaryen Dynasty, Volume One: by George RR Martin, Elio M García Jr, Linda Antonsson. This one is for all those who will miss ‘House of the Dragon’ after its explosive season finale. The book traces the arc of the Targaryens as they rise to claim the Iron Throne in Westeros all the way to the civil war called ‘Dance of the Dragons’ that nearly undoes them—which is now the subject of the HBO series. The lavish illustrations that accompany the text make this perfect eye candy for fans. (October 25)

Toad: by Katherine Dunn. When Dunn published ‘Geek Love’ in the 1990s, the creepy, dark novel about a family of freaks acquired a cult classic status. This posthumous novel in a similar vein, is told from the point of view of Sally Gunnar—a scarred and reclusive woman—as she looks back at her life. The expectations of this novel are sky high, especially for fans of Dunn’s characteristic weird, crass yet profound writing that combines black humour and irony. (November 1)

White Horse: by Erika T Wurth. This is a perfect read for all the fans of horror. Wurth’s debut novel follows Kari James, an indigenous woman who discovers a bracelet that calls up both her mother’s ghost and a “monstrous entity.” The plot is classic Stephen King but also offers a rare glimpse of the lives of modern-day Native Americans. (November 1)

The Cloisters: by Katy Hays. Ann Stillwell is a curatorial associate at the Metropolitan Museum of Art who is assigned to a mysterious summer job at The Cloisters—“a gothic museum and garden renowned for its mediaeval art collection”. She inevitably uncovers a historic artefact (as is to be expected) that holds the key to predicting the future. The tarot card deck soon has her entangled in a “dangerous game of power, seduction, and ambition.” A perfect juicy read for a lazy weekend, then. (November 1).

Now Is Not the Time to Panic: by Kevin Wilson. The latest offering from the New York Times bestselling author follows two teenagers—Frankie and Zeke—who are classic misfits. One is an aspiring writer and the other a talented artist—both “lonely and awkward”. Their fates collide one summer when they create an unsigned poster with an enigmatic phrase—that soons starts popping all over town, sparking the Coalfield Panic of 1996. Fast forward 20 years later, Frankie is a successful author with a loving family…until a journalist calls her to say that she is writing about the events of the past.

Wilson’s novel is one of the most-awaited this month. (November 8)

The Lemon: by SE Boyd. John Doe—a beloved culinary travel show host was found dead in a hotel room—in a case of apparent suicide. The death immediately unleashes a feeding frenzy of friends, fixers, hustlers, and opportunists. Set in a world where fine dining, Hollywood and the media intersect, the book is a caustic take on celebrity culture. If the plot sounds vaguely like Anthony Bourdain’s death, it is with good reason. The novel is penned by journalists Kevin Alexander and Joe Keohane and editor Alessandra Lusardi under the pen name SE Boyd. (November 8)

And Yet: Poems: by Kate Baer. Baer’s second full-length book of traditional poetry delves into the classic themes of motherhood, friendship, love, and loss. Instead of trying to describe her poetry, we leave you with these lines from her poem ‘Idea’, which is a part of this collection (November 8):

“I will love and be loved. Save and be saved

a thousand times. I will let the want into

my body, bless the heat under my skin.

My life, I will not waste it. I will enjoy this life.”