I am so thrilled that the call-out for our ‘Dancin’ in your underwear’ playlist was a great success. We have 27 fab recommendations already—in various languages and from around the world. We can’t wait to share them with you in the December 17 Advisory.

This week’s Advisory: includes a fun piece by Sandip Roy on food chors—on the many things the Brits have stolen from our kitchens and vice versa. Our greatly missed books editor Anushree Kaushal is back—albeit in a guest appearance—with her personal reading recommendations. And we have a very good and useful list of air purifiers sourced from our trusted splainer community. And ofc, there’s always our recommended list of weekend watches. The Advisory drops around 9:30 am on Saturday—so be sure to look for it. Reminder: we offer a handy bookmark feature—so be sure to save anything that catches your eye.

The context: Basketball star Brittney Griner was detained at the Moscow airport in February for possessing two vape cartridges containing hash oil—which is legal in the US. She claimed to have mistakenly packed them for her trip. In October, she was sentenced to nine years in a prison camp. She was widely seen as collateral damage in the cold war between the US and Russia—triggered by the invasion of Ukraine.

What happened now: Griner has been released in a prisoner swap in exchange for a Russian arms dealer. Viktor Bout—also known as the Merchant of Death—has been serving a 25-year sentence for selling weapons to Al Qaeda, the Taliban and militants in Rwanda. He was the most high-profile Russian in US custody—and Moscow has steadfastly maintained his innocence.

Why is this controversial? The US wanted to swap Bout for two US prisoners—Griner and Paul Whelan—a former US Marine who has been detained in Russia since December 2018. But Moscow would only agree to Griner—and Biden is under fire for prioritising a basketball star over a military veteran who served his country. CBS News has more on Griner’s release. New York Times has more on Bout.

Earlier this year, BharatPe founder and CEO exited the fintech unicorn in the midst of a nasty scandal—which included allegations of embezzlement (explained in our Big Story). While Grover has been living large as a judge on Shark Tank, the board has been readying its next salvo—which finally arrived yesterday. In a civil lawsuit filed in the Delhi High Court, BharatPe has sought Rs 886.7 million (88.67 crores) in damages. It has also filed a criminal complaint based on the same allegations:

BharatPe is seeking damages from Grover and family, including a claim for payment made against the invoices of non-existent vendors, amounting to Rs 717 million (71.7 crores); payments made to vendors purportedly providing recruitment services totalling Rs 76 million (7.6 crores); Rs 50 million (5 crores) in damages for loss of reputation to the company caused by tweets and other statements made by Grover and his family members.

Mint has more on the lawsuit.

Also feeling lawsuit-happy: The US government which moved to block Microsoft’s acquisition of the gaming company Activision Blizzard—claiming the deal violates antitrust laws. The argument: the deal would “enable Microsoft to suppress competitors to its Xbox gaming consoles and its rapidly growing subscription content and cloud-gaming business.” Activision owns a number of wildly popular games—including Call of Duty—which was slated for release on Nintendo thanks to a 10-year deal inked with Microsoft. Guess not. Quartz explains what this lawsuit means for Microsoft—which has not received much grief from the government compared to its other big tech peers.

The number of World Cup visitors has fallen short of its expected total of 1.2 million. The nation received only 765,859 visitors in the first two weeks—which was expected to be the peak since all 32 teams would be playing. Half of them have already left the country. While a big surge is unlikely with only eight teams left, these are also the biggest matches of the tournament—so Doha may well make up the numbers with tourists from nearby Gulf countries. (Reuters)

Facing charges of corruption and an impeachment vote, President Pedro Castillo announced that he was dissolving Congress, installing a new emergency government and would rule by decree. He was quickly arrested and removed from office for reasons of “permanent moral incapacity.” Castillo’s replacement: the nation’s first woman president: Dina Boluarte—who was his vice president. (Al Jazeera)

Every time a tree’s leaf falls or a person sheds a little bit of skin or a bunny dies and decomposes in a meadow, DNA fragments can enter the environment. Most of these fragments, called environmental DNA (eDNA), degrade quickly. But under the right chemical conditions, the DNA molecules can bind to sediments. This protects them from being eaten away by enzymes,

Scientists have now discovered two-million year old DNA of an entire ecosystem in Greenland. And it’s thrown up evidence of all sorts of surprising residents—including mastodons, horseshoe crabs and hares. Why this matters: glimpses of the farthest reaches of our past help us understand how various species evolved and survived climate change—a task we too must achieve in the near future. (Scientific American)

Also a surprising discovery: A new study found that human beings are good at identifying signs of aggression when macaques (a kind of monkey) interact with each other. But they are really bad at spotting them in other humans and dogs—the two species they know rather well. One likely reason: “It is possible that we are biased to assume good intentions from other humans and from ‘man’s best friend’..Perhaps this bias prevents us from recognizing aggressive situations in these species.” (Popular Science)

There's a problem with Lensa

Even more alarming: Lensa churns out NSFW images from childhood photos. Wired reports on the results of that experiment. FYI: Lensa says these bad things only happen “if the AI is intentionally provoked into creating NSFW content and points out that this represents a breach against its terms of use.” (TechCrunch)

One: The first coins to feature the newly anointed King Charles began circulating in the UK. The portrait on the 50 pence is, well, very much Charles—and we appreciate that! (The Guardian) 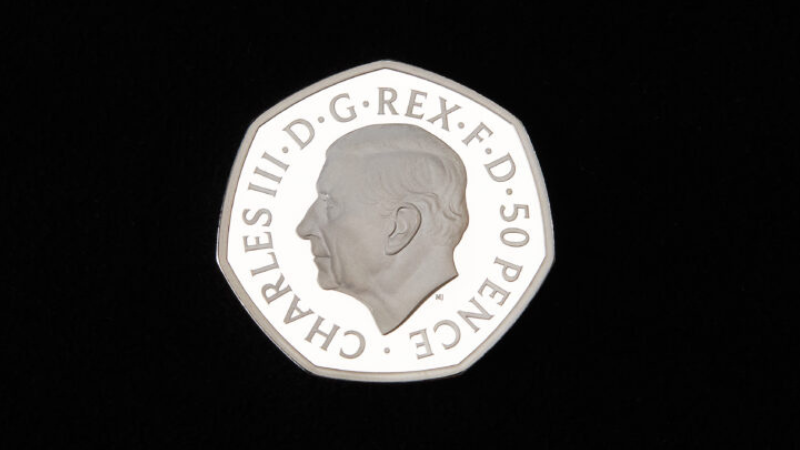 Two: Lizzo was named the ‘People’s Champion’ at the People’s Choice Awards 2022—and lived up to the honour with a lovely acceptance speech that shared the spotlight with a number of human rights advocates, freedom fighters and artists. She ended the speech with this line: “Power will always be to the people… Follow them, follow them and support them.” (Billboard)