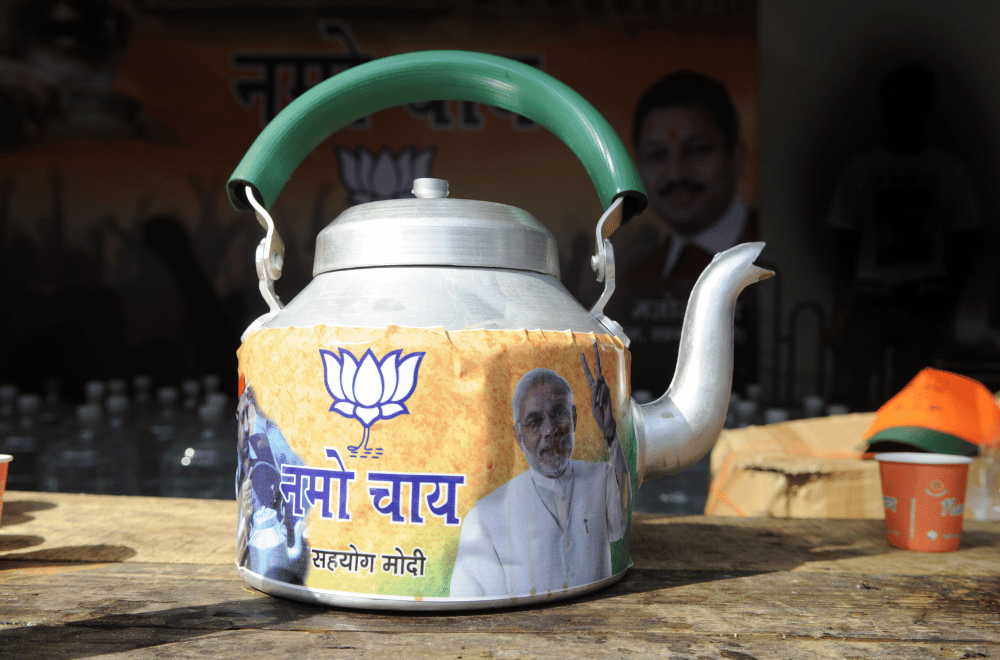 The BJP’s big win in Gujarat

Even by the saffron party’s high standards, its massive win in Gujarat was a stunner. Congress may find consolation in its narrow win in Himachal Pradesh—though there is already anxiety about defections. But despite its best efforts, AAP’s newly minted label as a ‘national party’ remains debatable.

The great BJP tsunami in Gujarat

The BJP: scored a monster victory—winning a staggering 156 out of 182 seats. The total broke the party’s previous record—set in 2002 in the aftermath of the Godhra riots. And it is a great leap forward from the 99 seats it scored in 2017. Its vote share is now a whopping 52.5%.

Point to note: The BJP even won Morbi—by a comfortable 62,079 votes.

The Congress: only managed a paltry 17 seats, a great fall from the 77 it won in 2017. Its vote share dropped from 41.4% to 27.28%. So terrible is the result that even state party leaders have been stunned into silence.

The Aam Aadmi Party: After all the shor sharaba on the campaign trail, AAP only managed five seats—and its CM candidate Isudan Gadhvi was not among the winners. That said, this is far more respectable than its 2017 showing—when the party managed to get a paltry 24,918 votes—a vote share of 0.1%. And it has managed to become the ninth national party—with 12.9% of the vote. AAP now rules the roost in Punjab and Delhi—and has two seats in Goa. So yeah, ‘national’ in the barest sense of the word.

As for Himachal Pradesh: Congress bagged 40 seats with a vote share of 43.9% and a difference of just 37,974 votes and a margin of 0.9%. The incumbent party BJP managed to get 25 seats—a loss of 19 seats since its 2017 showing. Point to note: this isn’t exactly a surprise victory for the Congress—since no party has won consecutive elections in the state since 1985.

Why did the BJP win bigger than ever?

BJP=Hindutva? Every BJP victory is followed by the same kind of analysis. The Wire emphasises the success of polarisation and Hindutva politics. And Scroll’s reporting echoes the same:

In Surat, textile traders who vocally grumbled about business slowing down because people were simply not buying clothes like before, were absolutely clear about why they didn’t want to vote for anyone else. “If anyone else comes to power, particularly the Congress, our Miyabhais would get emboldened,” one person told me.

For most left-liberal analysts, it offers the only plausible explanation as to why the BJP continues to win—despite the economic pain on the ground.

Data points to note: The results also show that the saffron party extended its reach beyond the traditional Hindutva voter base. It won 24 of the 27 seats reserved for Adivasis—against only nine in 2017. And for the first time, it secured Ahmedabad’s Dariapur constituency—a traditional Congress bastion where Muslims are 65% of the population.

BJP=Modi? Others emphasise the outsized strength of the PM’s charisma—especially in his home state—where the BJP has loomed large for 27 years. As one Gujarat voter explains:

“I am 40 years old, and I have no memory of what it was like under a Congress government, even though my mother was with the Mahila Congress here,” says Prakaram Rana, a Kshatriya, in Limdi in Saurashtra. It’s not just (about) Hindutva, or nationalism. “Woh toh bachcha bachcha bhi jaanta hai, you don’t have to say it. My son wears a Modi muffler to school,” he adds.

Modi addressed no less than 36 political rallies. That doesn’t include the many PR spectacles that involved inaugurating big infra projects or visits by foreign leaders like Boris Johnson. He made sure that Gujarat felt ‘seen’—and made sure they saw him.

Point to note: If Modi-Shah have made the state feel special, they have also made some worry about the consequences of losing their patronage:

Given his near-invincible stature in the Centre, many on-the-fence voters had told me that it was probably best to stick to the BJP. “Say the BJP loses power in Gujarat, but Narendrabhai is not going anywhere, so why do unnecessary magajhmaari,” a Rajkot businessman told me. To be sure, many people in Gujarat I met spoke of inefficient local BJP MLAs and corrupt officials. Yet, there seemed to be this unwavering belief that all of it paled in the face of what Modi had done for Gujarat. In short, small inconveniences could be ignored for the sake of Modi.

The stark Congress contrast: The state party was pretty much left to its own devices. Its most visible national leader—Rahul Gandhi—was far too preoccupied with his Bharat Jodo Yatra to even show up this time around. And the senior party leader put in charge of the campaign—Rajasthan CM Ashok Gehlot—was just as busy fighting fellow Congressman Sachin Pilot in his state. FYI: Gehlot had been credited as the mastermind behind Congress’ stellar showing in 2017.

OTOH, in Himachal Pradesh: the state party appears to have benefited from Delhi’s benign neglect. It therefore relied on the vote-getting power of local candidates and issues—rather than the charisma of national stars:

Facing strong anti-incumbency sentiments in the State, the BJP depended on intense campaigning from the party’s central leadership including political heavyweights like Prime Minister Narendra Modi and Home Minister Amit Shah, apart from the State leaders. The Congress’ focus on local governance issues—such as corruption, inflation, unemployment, demand for the restoration of the old pension scheme (OPS) by government employees, and the problems of horticulturists and farmers—seems to have cost the BJP dearly.

The AAP fizzle or sizzle?

The party’s total of five seats is like the proverbial glass of water—half empty to some, and half full to others. Some political observers argue it has taken an important first step: "It has built a space in the opposition. It needs to build a grassroots network and credible leaders.” But as usual, that progress has come at the expense of Congress—not the BJP—which vastly profited from AAP diverting its rival’s votes. Most agree that AAP will likely not pull a ‘Punjab’—where it won 20 seats in 2017, and went on to win the state in the next election. But it may ensure that Congress won’t stand a chance in the future either.

The Kejriwal brand: Whether AAP is a truly national party or not, the Gujarat elections have cemented Arvind Kejriwal’s status as a national leader. As Indian Express notes, voters unhappy with the BJP more often mentioned his name than that of his party:

A paanwala in the old city of Ahmedabad says: “I want change and even if my vote is wasted, I will vote for Kejriwal this time.” In Morbi, the Dalit cobbler sitting outside a restaurant, whose customers all say they are for the BJP, looks right and left three times and almost whispers: “I am going to vote for Kejriwal.” Or the Rabari farmer outside Rajkot: “Kejriwal has done all this in Delhi, why should we not try him here?” Or in Chotilla, the 80-year-old Koli Patel farmer, a Congressman all his life, who has joined the AAP.

The next Modi? As this older Caravan piece points out, this is exactly what Kejriwal has been working toward—to become a personal brand as instantly recognisable as Modi. He turned the 2017 Delhi municipal elections “into a personal referendum on his popularity.” Some of the election posters did not even have the name of the party—only Kejriwal’s face. Some analysts termed this “astonishing… Even Modi wouldn’t do that.”

But the strategy of focusing on his personal popularity appears to have worked—just as it did for Modi. According to the co-director of Lokniti, Sanjay Kumar:

And that’s the problem of winning elections at the expense of your fellow opposition parties. It’s difficult to see AAP making any headway against the BJP at the national level without the support of a broader coalition.

The bottomline: ‘India is Indira, Indira is India’—that was the sycophantic chant of Congress leaders in the heydays of Indira Gandhi’s power. It is the kind of grandiose equivalence that the prime minister aims to achieve. But as the verdict in Himachal Pradesh shows, for now, he will have to settle for ‘Gujarat is Modi, Modi is Gujarat’.