The United Nations called out “greenwashing”—making fake climate change pledges—by cities and companies in a new report. At the same time, some of the biggest oil producers—Kuwait and Saudi Arabia’s sovereign wealth fund—promised to become carbon neutral by 2050.

The Switzerland problem: The country has promised to cut its emissions by 50% by 2030. But it is using a controversial hack to keep its promise:

“[T]he Swiss don’t intend to reduce emissions by that much within their own borders. Instead, the European country is dipping into its sizable coffers to pay poorer nations, like Ghana or Dominica, to reduce emissions there—and give Switzerland credit for it.”

Example: It would pay for efficient lighting and cleaner stoves in up to five million households in Ghana. But then Switzerland—not Ghana—would count it towards its emissions target. The New York Times has more on why many are calling this “carbon capitalism.”

A massive merger in the crypto world?

The world’s two largest cryptocurrency exchanges—Binance and FTX—will become one. Binance announced plans to acquire the latter—but details of the deal aren’t available. And its founder Changpeng Zhao declared: “Binance has the discretion to pull out from the deal at any time.” The surprise announcement comes on the heels of a very public battle between the two companies—in the midst of a crypto market meltdown. TechCrunch has lots more details.

The Ukraine invasion: The latest update

One: Wall Street Journal reports that the US and Russia have been engaged in secret conversations about the war. The US national security adviser has been talking to his Russian counterpart—plus the foreign minister. FYI: this was likely sparked by President Putin’s sabre-rattling over the nuclear option.

Two: In September, President Putin announced a nationwide drive to recruit military recruits—and recently boasted to have added 318,000 “volunteers” to the ranks.  But many of these poorly trained and equipped conscripts are ending up as cannon fodder on the frontlines. For example, in a recent Ukraine missile attack, only 130 draftees out of the 570 survived. Public fury is rising within Russia as bodies flood home from the front. Prominent war supporters are voicing sharp criticism on Telegram. This includes members of an elite military brigade who are in the midst of battle. The Guardian has more on the bloodbath, while Washington Post has more on the public outcry.

China is losing its super-rich

The number of billionaires on the annual Hurun China Rich List fell to 1,305—as the country lost 293 of them last year. The net loss: 160 billionaires—which is an 11% drop and the largest decline in 24 years. And their cumulative wealth declined by 18% to $3.5 trillion. This includes some of the wealthiest fatcats—including Tencent’s Pony Ma, ByteDance’s Zhang Yiming and Alibaba’s Jack Ma who lost as much as 32%.

The reasons include the usual global suspects such as the pandemic and the Ukraine invasion. But a bigger factor is Beijing’s two-year regulatory crackdown on its biggest companies—and worries that President Xi is determined to put ideology before profit. FYI: in July, Bloomberg News reported that thousands of the wealthiest Chinese are making plans to flee the country. Worth a read: this excellent big picture view from the New York Times. (splainer gift link) (South China Morning Post)

According to Platformer, Musk is contemplating putting the entire platform behind a paywall. The reason: the newly launched paid subscription programme Twitter Blue is shaping up to be a disaster—and may actually cost the company money. The existing version only had a little more than 100,000 active subscribers—and it is unlikely that Twitter will be able to persuade many more to sign up at a higher monthly price. Right now, it is just an idea, not a plan. ICYMI, our Big Story explained the financial mess that is spurring these sweeping and hasty changes.

Also a giant mess: The great 50% layoffs announced last Friday as a cost-cutting measure. But the company soon started reaching out to a number of them, asking them to come back. Apparently, these people were either “laid off by mistake” or “were let go before management realised that their work and experience may be necessary to build the new features Musk envisions.” (Bloomberg News, paywall, Mashable)

Meanwhile, in India: A Bangalore court ordered Twitter to block the handles of Congress and its Bharat Jodo Yatra. The reason: a copyright complaint from MRT Music claiming that both the accounts illegally used sound records of the Kannada film ‘KGF-Chapter 2’. The order has been now set aside after the party agreed to remove the videos. FYI: recent BJP videos have used the same music without complaint. (Scroll)

Here’s a reason to celebrate! Tuesday marks the first day when India did not record any Covid deaths in the span of 24 hours—a first since March 2020. The daily case numbers are down to 625—the lowest since April 9, 2020. (Scroll)

The trolling of women journos

A new UNESCO survey shows that 73% of women in the media face some form of online abuse—while 25% received threats of physical abuse such as sexual violence and death threats. And nearly 50% said they had been “harassed with unwanted private social media messages.” You can read the report here. (NewsLaundry)

One: Oculus founder Palmer Luckey unveiled a bizarre VR headset—which will actually kill you if you die in a video game. It is rigged with bombs that will be triggered when you lose: “When an appropriate game-over screen is displayed, the charges fire, instantly destroying the brain of the user.” Why Luckey loves his new invention:

“The idea of tying your real life to your virtual avatar has always fascinated me—you instantly raise the stakes to the maximum level and force people to fundamentally rethink how they interact with the virtual world and the players inside it. Pumped up graphics might make a game look more real, but only the threat of serious consequences can make a game feel real to you and every other person in the game.”

He claims it’s just a piece of “office art” for now. FYI: Facebook bought Oculus in 2014 for a cool $3 billion—and Luckey is now a defence contractor. So this isn’t some nobody in the tech world. Just saying… (Gizmodo) 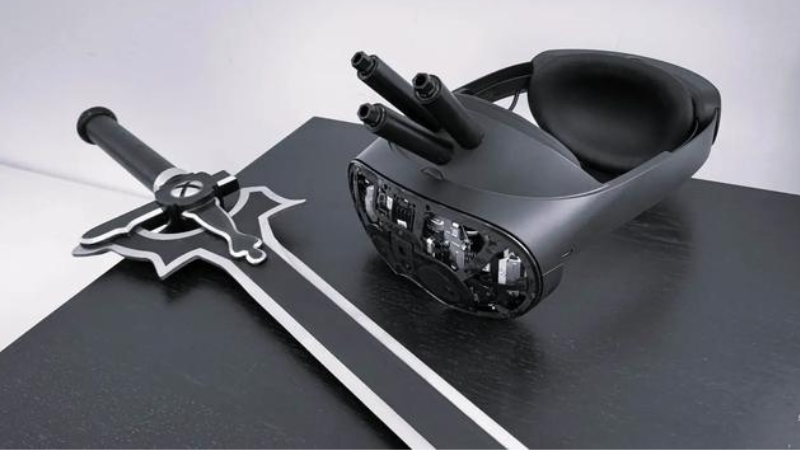 Two: India will soon become the president of the G20—which is a mix of developed and emerging economies formed in 1999. To mark the happy occasion, the Prime Minister unveiled a new logo (why?)—which includes a saffron lotus. Why the lotus: “The symbol of the lotus in the G20 logo is a representation of hope in these times. No matter how adverse the circumstances, the lotus still blooms.” No comment. (Indian Express) 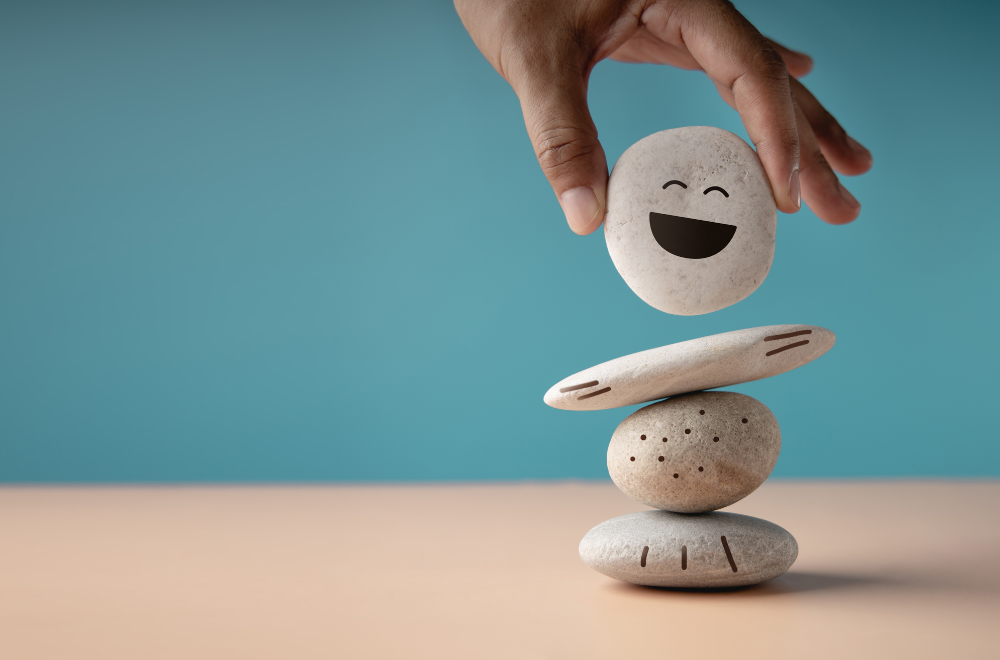