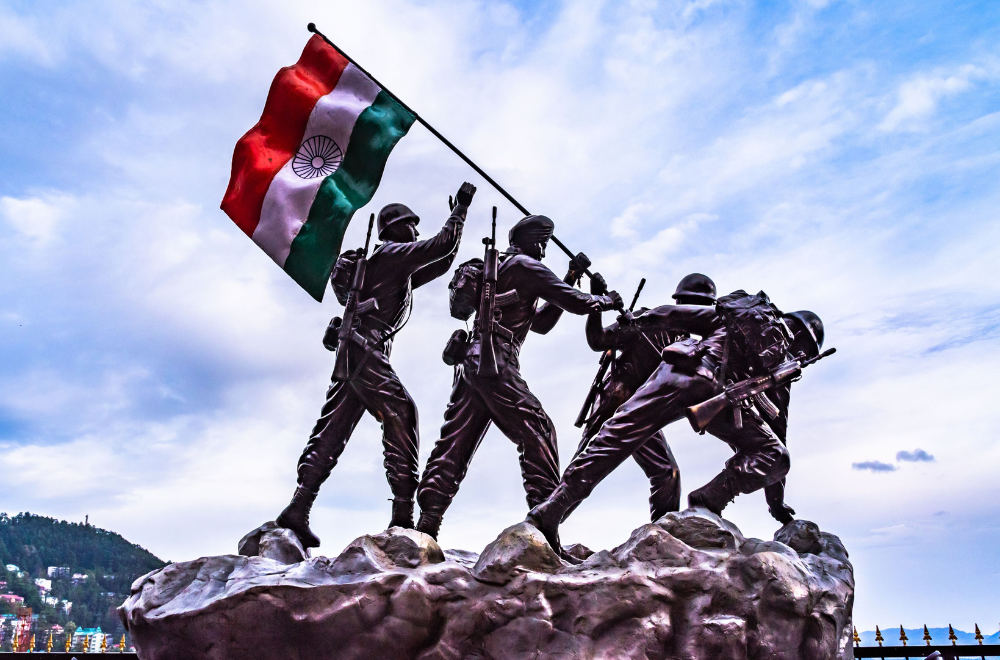 The Agnipath scheme: Say hello to the temporary soldier

The government unveiled a radical new scheme to recruit young men and women to the armed forces. These ‘Agniveers’ will be retained for just four years—and then let go. It will entirely disrupt traditional military norms—which makes some critics worry.


What is this Agnipath?

The scheme is the brainchild of the late Chief of Defence Staff, General Bipin Rawat—and was first proposed in 2020. Here’s how it works:

Point to note: The Agnipath scheme should not be confused with the existing Short Service Commission—which recruits officers for a five-year period, with the possibility of an extension.

And why are we doing this?

The scheme has several advantages from the government’s point of view:

One: Creating temporary tours of duty greatly helps slash pensions and salaries—which have been ballooning in recent years.

Two: Even though salaries are rising, the military is experiencing a serious shortage of personnel—9,362 officers and 1,13,193 personnel. Most of these are in the Army. The Agnipath scheme allows the government to close the gaps—without further incurring ballooning costs.

Three: A big selling point for the military leadership is that it will bring down the average age of the Indian soldier from 32 to 26. And it creates a wider recruiting pool—attracting candidates who may not want a lifetime military career but value the training.

Four: The scheme also offers a solution to growing unemployment rates. The three forces have not done any fresh recruitments for the past two years due to the pandemic—which sparked protests in Haryana and Punjab. Yesterday, PM Modi announced a fast-track plan to hire one million people for government jobs within 18 months—which includes the Agnipath scheme. According to the government, these Agniveers will also be more attractive to the private sector after their four-year tour—thanks to the skills they’ve acquired in the military.

All that sounds good… so what’s the criticism?

There are a number of worries around upending traditional military recruitment—and some of the loudest critics are ex-military.

One: The biggest concern is the impact of a partly—or poorly-trained cadre on military preparedness:

“[S]ervice officers said the six months of training these recruits would be imparted was ‘wholly inadequate’ compared to the 2-3 years it took to suitably train jawans. ‘The draftees’ inexperience and responses would be an impediment in forward areas for the rest of their units,’ said a one-star army officer. Such a handicap would definitely increase pressure on the more experienced soldiers of ‘minding’ these novices in ‘hot situations.’”

“This soldier will be expected to man Brahmos/Pinaka/Vajra weapon system which he cannot handle and defend his gun position from marauding Pakistanis or Chinese. In essence, the tour of duty proposal expects a superman from a kindergarten. We might be producing an Abhimanyu but he will not get out of the Chakravyuhu.”

Two: Retired generals like HS Panag worry about creating a scheme that doesn’t offer sufficient benefits. He argues that it must guarantee government or private sector jobs at the other end to attract a better pool of candidates:

“Any short-term engagement has to be made very attractive to cater for individual needs in order to ensure quality intake. Even today, most volunteers are those who cannot pursue higher education due to lack of merit, inclination or means.”

Other military veterans are more explicit in the danger posed by military-trained men—let loose into society at the end of four years without a job:

“[T]housands of such weapon, combat and technically trained servicemen, who are now aged around 21 years and who would be released back into society six or seven years hence, could be in a position to exploit their soldierly skills adversely, by either spawning or bolstering armed gangs. Worse, they could be establishing ‘caste armies’ to challenge the state. Some of the more enterprising ones, however, could eventually even end up joining overseas mercenary groups and private military contractors (PMCs) in a burgeoning business, estimated annually to be worth over $200 billion.”

Point to note: The same veterans also point out that tens of thousands of ex-servicemen already struggle to earn a living, either as security guards or in other poorly-paid jobs. Hence, the government’s claim that the Agniveers will thrive after their exit rings a bit hollow.

The bottomline: The government has to modernise our military—and reduce the ballooning expenditure on pensions and salaries. And a short-term recruitment scheme is undoubtedly a good solution. But the Agnipath scheme doesn’t seem entirely thought through—and needed more input and debate—and a pilot program to work out its kinks. As our mama always said, haste makes waste. But then elections inspire haste.

News9 and News18 offer a good overview of the scheme. Indian Express explains why it is essential to cut salaries and pension expenditures. For the best round up of the criticism of the scheme, read The Wire, The Telegraph and Indian Express. Also see: Lt Gen Panag’s suggestions in The Print to improve the scheme—which he thinks is necessary.