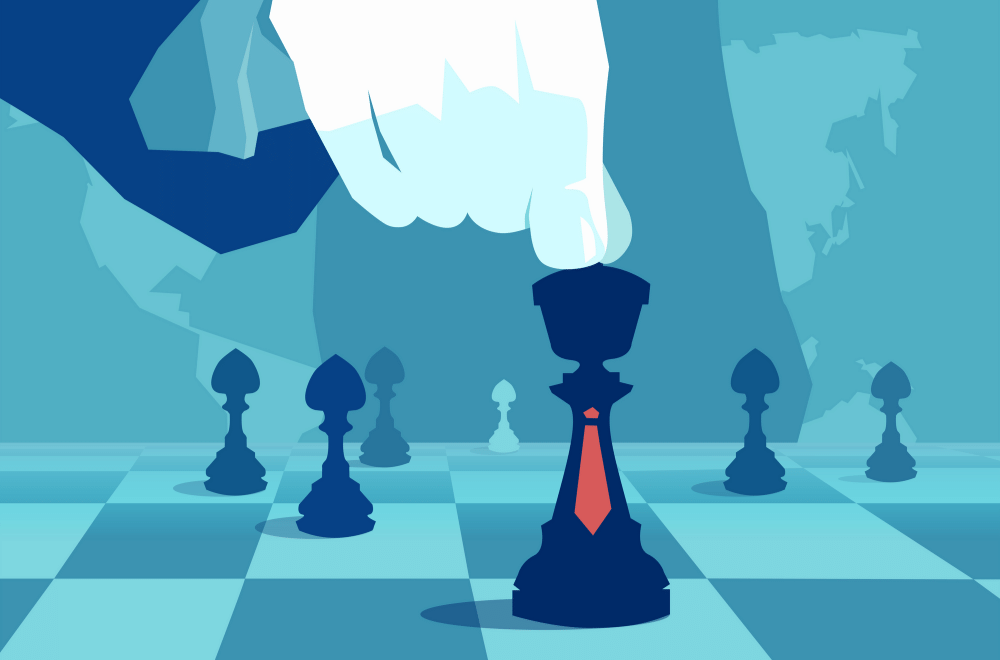 A great cheating scandal in chess

A game long associated with kings, intellectuals and high school brainiacs has been rocked by a nasty controversy over cheating. It has revealed a sport that has long left behind its genteel roots—transformed by technology and a new generation of grandmasters.


Remind me about this cheating scandal…

Here’s what went down over recent months—reaching a crescendo with the release of an explosive report last week:

The bombshell report: Last week, Chess.com finally released a 72-page report detailing its investigation into Niemann. It concluded that he had cheated at least 100 times on the platform—though it found no concrete evidence past 2020. But the report repeatedly flagged his meteoric rise as suspicious:

Point to note: Chess.com made it clear that it had no evidence that Niemann cheated during in-person (above-the-board) games. But the report described the game where he beat Carlsen as “bizarre.”

A divided chess world: Contrary to what you may assume, not everyone is in Carlsen’s corner. For example, Scottish grandmaster Jonathan Rowson points out that even Chess.com does not claim that Niemann cheated in recent years: “I object to the notion that once a cheat, always a cheat.” Others note there is zero evidence of wrongdoing in the Carlsen match:

“Carlsen has basically thrown Niemann under the bus and everyone else piled in… If he did it before the Sinquefield Cup, fair enough. But to do it after a defeat makes him look like a sore loser. There was a camera trained on Niemann for the entire game. Carlsen did not play very well. And Niemann did not play perfectly.”

Where we are now: Niemann is still playing in over-the-board games while the FIDE—the sport’s global governing body—conducts its own investigation into the Niemann-Carlsen game.

Umm, how do you cheat in chess anyway?

Chess engines. Computers are vastly better than humans at chess—a fact first proved back in 1997 when a machine beat the legendary Gary Kasparov. A chess engine is basically a computer program that calculates the best moves after analysing the board. And the tech has improved exponentially since—especially with the integration of neural networks.

Above-the-board cheating: Getting illegal help is always harder when you are playing in-person—and you usually get caught. But consulting your smartphone can do the job, as one computer science expert points out:

“Have you heard the one about how your phone is more powerful than the world’s biggest supercomputer in 1993?... ordinary code running on our smartphones can destroy any human player on the planet, including Magnus Carlsen.”

That’s why Igors Rausis was caught analysing his game in the bathroom on his cell phone in 2019. Or if you’re feeling creative, you can use the phone to buzz you the plays in morse code. The Bulgarian player Boris Ivanov was infamous for hiding various devices that did just that—in his shoes, on his back.

Online cheating: is not that different but it is easier to pull off using a chess engine when you’re not in a public space. Tournaments have different ways to protect against it:

“Players are asked to go into screen sharing mode during play, which would be viewed by the chief arbiter. Tournaments also mandate that webcam have to be focused on each player and additional recording cameras at different angles were to be operational. Players aren’t allowed to keep any other software open on the computer.”

But none of these measures are fool-proof.

So how do they catch cheaters?

Technology that is used for cheating can also be used to detect it. Platforms like Chess.com deploy machine learning to predict an individual player’s moves—and then look for a pattern of anomalies. FIDE uses a specific statistical model to detect cheating in above-the-board games:

“[Kenneth] Regan’s model determines the likelihood of cheating by analysing the moves in a player’s game compared to the expected performance based on their rating. It is not designed to flag anyone who may be cheating, only to catch those who almost certainly have cheated. Such determinations are much easier to make with weaker players.”

A big point to note: Many players complain that FIDE’s criteria for determining guilt is way too strict. It is designed to protect an innocent player from being wrongly accused—rather than to catch cheaters. In fact, FIDE punishes players who make accusations without compelling evidence—which is why Carlsen was so reluctant to speak out:

“FIDE sets an extremely high bar for proving cheating. David Hater, an international arbiter with extensive experience in this area, said in an email that ‘the minimum standard that FIDE will accept as presumptive evidence that a person violated fair play is 99.998 percent probability that the person did in fact cheat. In other words 99.9 percent is not good enough’.”

Why this matters: As the Chess.com report notes, a really good player doesn’t have to cheat very often to win. That kind of “selective cheating” is almost impossible to catch:

“Some, often newer, players use a chess engine like Stockfish to decide every move they make. This form of cheating is obvious and easy to detect. Other players, especially those that play at Hans’ [Niemann] level, are much more sophisticated, and engage in ‘selective cheating,’ using a chess engine to give advice only in key moments, and often intentionally making sub-par moves to mask their engine use. At the higher echelons of competitive chess, many games are won or lost in a critical moment, and having any sort of assistance during those moments can turn the outcome of the game.”

Or as Carlsen puts it: “I would have just needed to cheat one or two times during the match … That is all I would need in order to be almost invincible.”

The bottomline: Technology makes us better at everything—even at being our very worst selves.

Smithsonian has a good overview of the Carlsen-Niemann controversy. You can also nerd out with Chess.com's detailed investigation. The Guardian has two good pieces: one, the debate over cheating within the world of chess; two, a fun read on the new world of chess which includes “excessive drinking, groupies, even death threats.” Wired looks at the standards used by FIDE to determine cheating. Indian Express lists the different ways to cheat at chess—or you can watch this video. Inverse has more on how AI is used to catch cheaters.