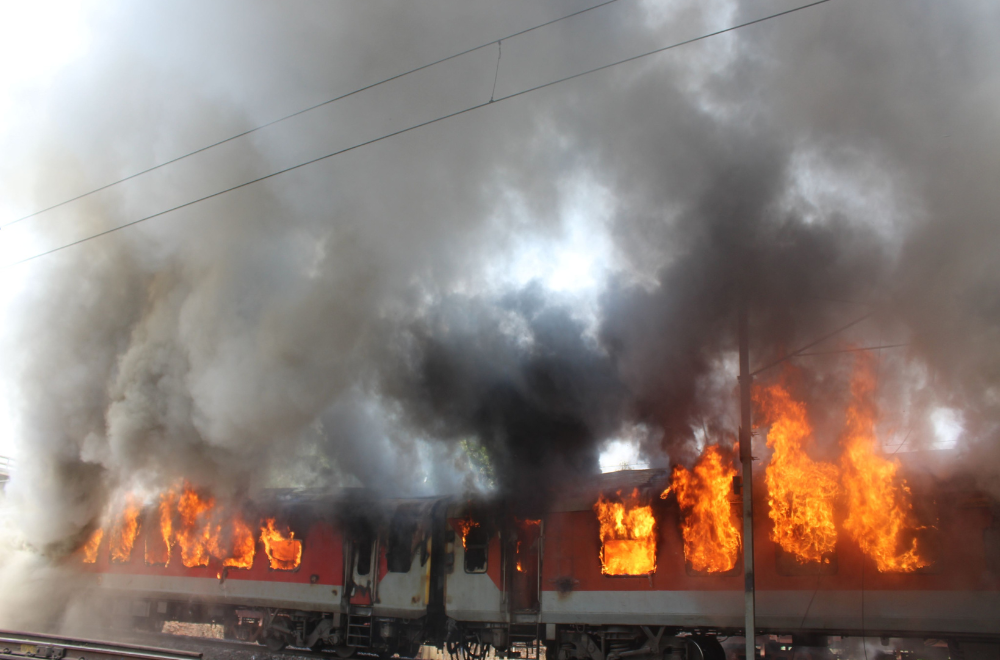 The Agnipath scheme: A firestorm of unemployment anger

The rage over the new military scheme refuses to die—even as the government digs in. We lay out why so many young men are angry—and why some experts think giving in to their demands would be a mistake.

We did a Big Story last week laying out the scheme in detail—and the pressing financial reasons why the government has opted for this route. We also explained the core objections raised by former military brass. This is a quick summary:

The scheme: Last week, the government unveiled a radical new scheme to recruit young men and women to the armed forces. These ‘Agniveers’—who will be jawans, not officers—will be retained for just four years. At the end of the term, 75% of the recruits will exit the military without the usual benefits such as pension or subsidised medical care.

The reason: Creating temporary tours of duty greatly helps slash pensions and salaries—which have been ballooning in recent years. Agnipath allows the government to fill the gaps in its understaffed military—which has around 1.2 lakh vacancies—without incurring massive pension spends. This leaves more money to modernise the military—with the added benefit of bringing the average age of the Indian soldier to 26.

The objections: Former generals raised three key objections. One: We will end up with poorly trained troops—who will not be up to the task in combat situations. Two: It will affect the morale, ethos and cohesiveness of the military. Three: We will be releasing hordes of unemployed men with military training back into society—who may pose a threat to law and order.

The protests: For over a week, angry young men have taken to the streets across India to protest the scheme. In many places, the demonstrations turned violent—setting trains and buses on fire. As of Sunday, 483 train services were cancelled due to the unrest.

So what’s the government doing about this?

It has taken a carrot-and-stick approach. It first announced a series of tweaks to the scheme to soothe the outrage:

One: On Friday, it extended the upper age limit for eligible candidates from 21 to 23—just for this year. This recognises the fact that the military has not conducted a single recruitment drive for the past two years—due to the pandemic. As a result, many of those who were waiting to apply would have aged out of the Agnipath scheme.

Two: On Saturday, the government announced a 10% job quota for Agniveers in the state police, Defence Ministry and the Central Armed Police Forces (CAPF)—which includes the Border Security Force, Central Reserve Police Force, etc. The upper age limit for the CAPF will be extended to 26 years to ensure that Agniveers will qualify once they finish their four years.

Three: The government will also help Agniveers with a 10th-pass education get their 12th board certificate—once they leave the military. The plan will also create special college degree programmes that give 50% credit for the skills acquired during the four-year tenure.

But, but, but: At a recent press conference, the top military brass made it clear that the scheme is here to stay. And all applicants will have to sign a pledge declaring that they did not participate in the protests—which will be verified by the police. They also announced a speedy timeline for recruitment—and all three armed forces expect to have the first batch of recruits in place by the end of the year.

Ok, then why are these people so angry?

Let’s break this down so we can understand why there is so much panic and desperation.

Job security: Jawans are recruited from the least affluent segments of the population—mostly from rural India. More than three quarters of Army recruits come from villages—accounting for 77.2% of the intake in 2019-2020. The military and Indian railways are the primary source of secure jobs in states like Bihar, UP and Haryana. As The Wire notes: “Thus, becoming a soldier is fundamentally a real and bare question of daily bread for the poor, unlike the romantic middle-class notion of serving the country.”

Point to note: There were similar riots in January when the Railways suddenly changed its entrance exam rules in January—forcing many to take a second test to qualify. More than 12 million people had applied for 35,281 jobs.

Rising unemployment: These Indians are also those who have been hardest hit—first by the pandemic and then by a growing economy that failed to create sufficient jobs: “There is a historical disconnect in the Indian growth story, where growth essentially happens without a corresponding increase in employment.” The national unemployment rate is climbing and is pegged at 7.2% in May. The rates in many states that depend on military jobs are even higher—21.1% in Bihar and 34.5% in Haryana. And the galloping inflation adds greater urgency to the scarcity of jobs.

Shrinking military: Quite apart from the Agnipath scheme, the Indian military has been shrinking in recent years. In 2015-2016, the Army recruited 71,804 people across the country, which came down to 50,026 in 2017-18. Now add in the fact that there has been no military recruitment for two whole years—after which there will be only 46,000 on offer this year. In fact—as Indian Express points out—raising the eligibility age to 23 only ensures there will be even more candidates vying for this small pool.

Point to note: The actual number of unfilled vacancies in the military is 1.22 lakhs—including 8,362 at the officer rank. And yet, the government is only recruiting 46,000 jawans—leading Opposition critics to conclude “the government’s intention is not just to introduce temporary Army staff but also to downsize its strength.”

Data to note: The government’s offer of a 10% quota hasn’t reassured the protesters—and for good reason. A great percentage of government jobs reserved for servicemen remain unfilled even today.

So who is right on this one?

It depends on how you view the role and priorities of the Indian government.

“The defence of India is not a job creation scheme, as many rioters seem to believe. India urgently needs to modernise its military capability, focusing on high-tech areas such as cyberwarfare, drones, missiles and even space weapons. Boots on the ground still matter, but less than before. A thorough overhaul of human resources is imperative. The Agnipath scheme is just a small step in that direction but an important one.”

Or to put it more plainly, a modern military is necessarily high-skilled and lean. And the defence of the country cannot be a cure for unemployment.

OTOH: There are others who view the scheme as a cynical attempt to rein in government spending at the expense of young Indians:

“The Fiscal Responsibility and Budget Management Act (FRBM), 2003, enacted to show India’s creditworthiness to global investors, mandates the Union and state governments to adhere to fiscal discipline by bringing the revenue deficit down to zero, and hold the fiscal deficit at 3% of GDP. In practical terms, this means the government must cut revenue expenditure and increase revenues to finance pro-capital reforms and spend on infrastructure required by global capital.”

The Agnipath scheme is especially unforgivable since the failure to create jobs in the larger economy is the government’s fault. And citizens are now being forced to pay the price.

The bottomline: is perhaps best summed up by Mint, which notes: “If India had a vibrant jobs market, loss of an opportunity to risk one’s neck on harsh frontiers or fraught woodlands where insurgent rebels lie in ambush would not grate as much as it evidently does.”

Read Mint and Swaminathan S Anklesaria Aiyar in Times of India for a counterview—in support of the scheme. The Wire and Sushant Singh in The Hindu offer the strongest critique. Indian Express looks at the impact on the upcoming byelections. Our previous Big Story has the most details on the scheme—and objections from former military generals—and its own reading list.