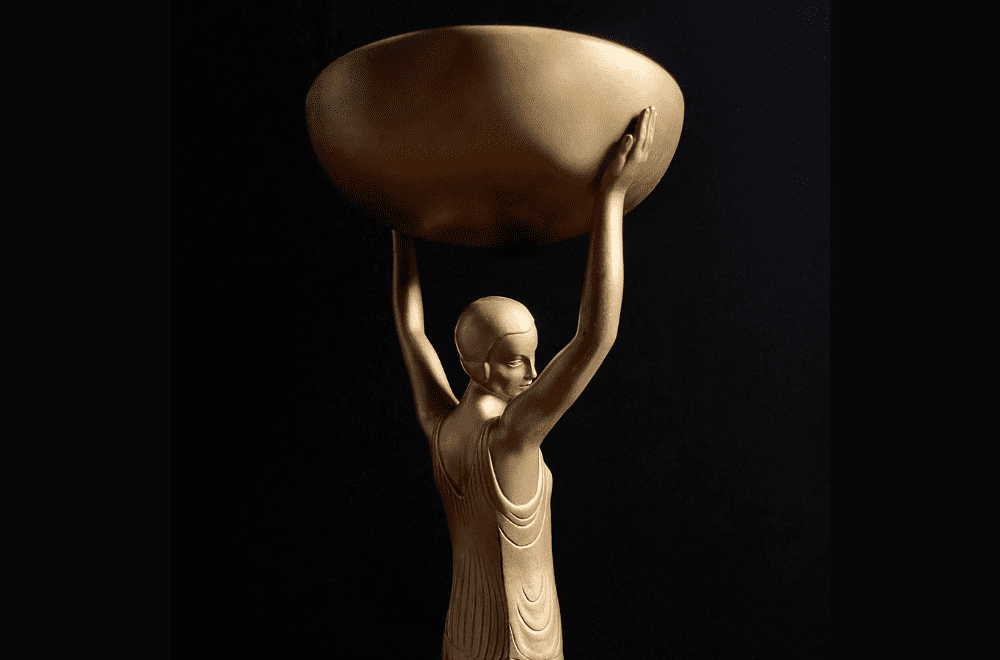 The Sri Lankan writer has won the top UK prize for his novel ‘The Seven Moons of Maali Almeida’—described as “an afterlife noir” that uses absurdist satire to explore the wounds of the bloody civil war. But most of us know very little about one of the most talented writers in our own neighbourhood. For example: did you know that his past work includes a prize-winning novel on cricket?


Ok, tell me about Karunatilaka…

Born in Galle in 1975, he grew up in Colombo—and studied in London. He has lived and worked around the world, including Amsterdam and Singapore. Karunatilaka still has his day job as an advertising copywriter. In the past he was a guitarist in an indie rock band Independent Square. You can get a taste of their music in this song titled ‘Anger’ recorded in 1998:

Also, kiddie books: Karunatilaka has also written children’s books. The best known is titled ‘Please Don’t Put That In Your Mouth’. He describes it as “a side hustle. My brother Lalith and I write and design books for toddlers. We average one every year but we’re trying to double production.” The latest offering ‘Where Shall I Poop’ is a goofy book about toilet training. Its PR material is no less amusing: 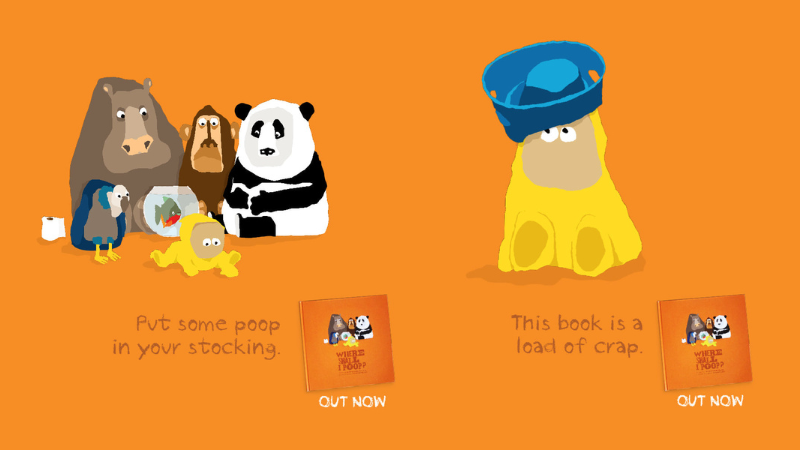 What Karunalatika says: Here’s how the tongue-in-cheek novelist describes himself on his website:

“Booker-shortlisted writer of punchlines, manifestos, and calls-to-action. Failed cricketer, failed rockstar, failed vegan. Observer of people, machines and markets. Does not know how to use semi-colons; and unable to spell diarrhea without assistance.”

Guessing he didn’t win the Booker for the potty book, lol!

Hahaha! No, he won the top prize for ‘The Seven Moons of Maali Almeida’—which was published in India as ‘Chats with the Dead’ (because we have less imagination, clearly). Karunatilaka is only the second Sri Lankan writer to win the Booker after Michael Ondaatje—for ‘The English Patient’ in 1992.

First, some context: The novel explores the horrific 26-year civil war that tore apart Sri Lanka. The prolonged and bloody battle between the military and Tamil Eelam guerillas was marked by great atrocities—which have never been fully acknowledged by the government to this day. Here’s a good explainer if you need more. Interesting point to note: Ondaatje’s brilliant ‘Anil’s Ghost’ also traversed the same territory.

The plot: The novel is set at the height of the civil war. Maali Almeida—“war photographer, gambler and closet gay”—wakes up dead in what appears to be a “celestial visa office.” He has no idea who killed him—and has seven moons to figure it out and lead his lovers to a cache of explosive photos of the war. Meanwhile, he is surrounded by the maimed and mutilated spirits of the casualties of war—trapped along with him in an afterlife run by all-too-familiar babus.

Of this world, Karunatilaka says: “The only afterlife that made sense to me was one that was as disorganised as real life. So I began with the premise that the universe was a bureaucracy and god was on indefinite leave.”

Why he wrote it: Karunatilaka—who lived through the civil war—says he wanted to revisit the “raging debate over how many civilians died and whose fault it was. A ghost story where the dead could offer their perspective seemed a bizarre enough idea to pursue.”

But, but, but: He is also astonishingly candid about the fact that “I wasn’t brave enough to write about the present, so I went back 20 years, to the dark days of 1989.” In fact, by his own admission, he has “self censored” a number of short stories after the assassination attempt on Salman Rushdie in August:

“‘I was in the process of publishing a collection of short stories when this incident happened, and I discovered a couple [of short stories] which I don't think was offensive to any religion,’ Karunatilaka said. ‘But my wife said, can you not do that? You've got two young kids. This story is not that good. Just leave it out’.”

He bluntly adds: "This is something that hangs over all of us if we're writing in South Asia, especially writing about politics or religion.”

Why it’s also funny: Using humour to explore the darkest themes isn’t new in literature. But for Karunatilaka, the “angrily comic” style comes from a very specific place:

“Despite having a grim history and a troubled present, Sri Lanka is not a dour or depressing place. We specialise in gallows humour and make jokes in the face of our crises. Just look at the zany footage of the July 9 presidential pool party and the many memes surrounding the Aragalaya. Laughter is clearly our coping mechanism.”

Also, Kurt Vonnegut: Although his style has been compared to the magical realism of Salman Rushdie and Gabriel Garcia Marquez, Karunatilaka cites an entirely different muse for his novel:

“The genius I have robbed from the most is, of course, Uncle Kurt.For this book I didn’t need Vonnegut’s voice…But I did need Uncle Kurt’s gallows humour to make sense of the afterlife my characters were stuck in and the circumstances under which they perished.The disgust Vonnegut felt for humanity and history’s barbarism resonated with the disillusion I felt for my beautiful island and the myopic fools who destroyed it.”

Quote to note: Karunatilaka also has a wry perspective on being dubbed a South Asian writer:

“They are necessary, though not always accurate. Rahul Bhattacharya, who wrote Ondaatje, was once asked a similar question at last year’s Jaipur Literature Festival, to which he replied: ‘I don’t know what ‘South-East Asians’ mean, it just means people who like to eat daal.’ That said, there are many stories on Sri Lanka that haven’t been told, so I think such categories are useful as it gives us a larger readership.”

I wanna know more about that cricket novel…

That’s his first novel called ‘Chinaman: The Legend of Pradeep Mathew’. It won both the DSC Prize for South Asian Literature and the Commonwealth Book prize in 2012. And Wisden has called it the “second best cricket book of all time.” It is a remarkable triumph after years of struggling to find a publisher—forcing Karunatilaka to self-publish the novel himself.

The plot: The story is a first-person account of a dying drunk who is determined to make a documentary of a legendary Sri Lankan bowler. It follows WG Karunasena and his friend as they search for their holy grail:

“[A] bowler called Pradeep Sivanathan Mathew, whom no one alive will publicly acknowledge, and whose name has mysteriously been erased from the records. Both Ari and Wije have seen him play, so they know he exists, but there is little else they know. He may have been a product of Tamil-Sinhala union, and he may have had a six-fingered coach. He may even be dead. What they know for sure is that he was a genius with the ball (a master of deliveries such as the chinaman, the floater, and even the double bounce), and he was in love with a girl called Shirali Fernando (described by one of her competitors as being ‘shallower than a foot tray’).”

The backdrop even here is ethnic violence—its victims—and the silence that surrounds it.

As for that title: Chinaman refers to “a particular delivery, a slower ball designed to fool the batsman into thinking it will bounce in the opposite direction to the one it does.” As Karunatilaka explains: “It is a talent, as rare as a Chinese playing cricket. It also has a Sinhalese context. ‘Ponytailed Chinaman’ is a term in Sinhalese used for a gullible person who tells tall stories.” FYI: Karunatilaka’s publishers had to remove the word from the title when it was published overseas—since it evoked racist references.

The style: Is lighter and far quirkier than his latest book—filled with amusing explanations of cricketing terms—and diagrams to accompany them. ‘Chinaman’ also offers a colourful introduction to the Sri Lankan cricket world of the 90s:

“Control-freaking Sri Lankan Cricket Board officials. Television producers focused on sponsorship. Girls who only date cricketers. An LTTE warlord who makes money through match-fixing. A midget cricket-ground keeper with secret recordings of all conversations on the field.”

The bottomline: Are we bad people because we’d rather run out and buy ‘Chinaman’ first? We leave you with this priceless quote from the book—well-timed for the T20 World Cup madness soon to follow:

“Left-arm spinners cannot unclog your drains, teach your children or cure you of disease. But once in a while, the very best of them will bowl a ball that will bring an entire nation to its feet. And while there may be no practical use in that, there is most certainly value.

New York Times and BBC News have more on Karunatilaka and the prize-winning novel. There’s lots more on ‘Seven Moons’ on the Booker Prize website—including this excerpt. This Scroll interview with Karunalatika is worth a read. NewsLaundry has most on the various cricketing references in ‘Chinaman’—while The Guardian and Cricket Monthly offer glowing reviews. Also: Karunatilaka’s website is a delight to browse.