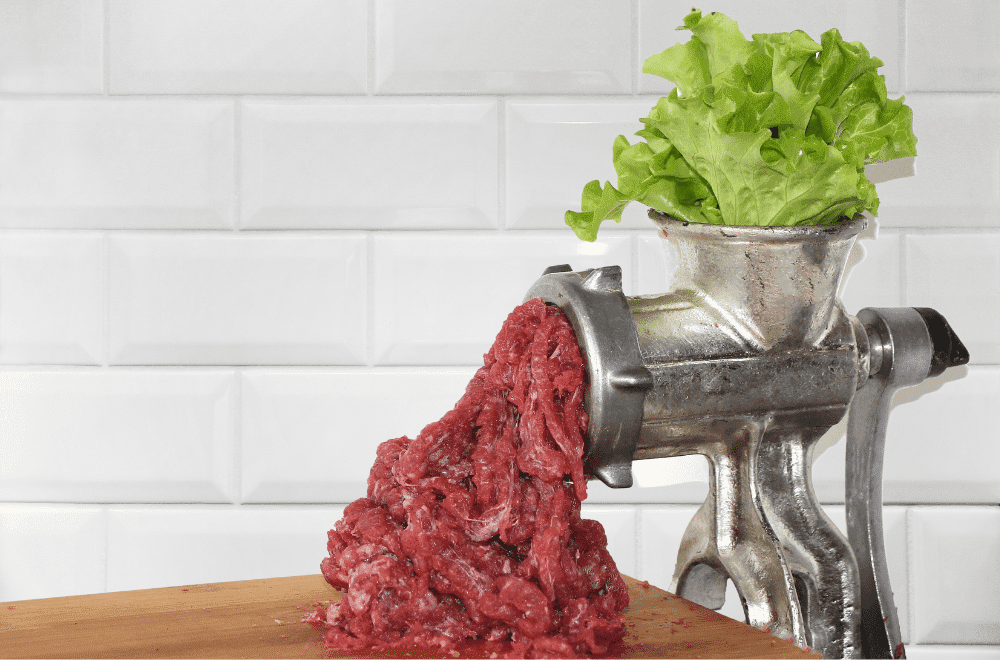 An impossible dream: The fall of plant-based meat

Back in 2020, the Impossible Burger became a global buzzword—and plant-based alternatives to meat became the hottest, most lucrative food trend. But the stocks of some of the biggest players are now plummeting—and so are sales. Is the era of plant-based meat over—and is that a good thing?

Vegetarian alternatives to meat are hardly new. John Harvey Kellogg invented a peanut-based "meatless meat," called Nuttose back in the 1800s. And Indians have long used soya chaap, nuggets and jackfruit as meat substitutes. But these were not in the least bit close to meat either in taste or texture. And they catered to a niche audience.

‘Veggie’ burgers for meat-eaters: Beyond Meat and Impossible Burger revolutionised the industry by creating a truly alternative kind of meat—“a product made from plants that is meant to taste like meat, be marketed to meat-eating customers, and replace some of those customers’ meat purchases.” To be clear, plant-based meat was never aimed at lifelong vegetarians or vegans. Therefore, to succeed, it had to taste like the real thing. FYI: the Impossible Burger famously bleeds much like a rare beef patty—thanks to a meat protein called heme, which the company produces from yeast.

The big US boom and bust

The boom: In 2019, the plant-based burger went mainstream in the US. Impossible Foods partnered with Burger King and Beyond Meat started selling at Del Taco, Subway and KFC. Retail sales jumped by 45% from 2019 to 2020. Investment in alternative proteins—including lab-grown meats—quintupled to $5 billion in 2021 from $1 billion in 2019. And even now, investment analysts expect these plant-based products to account for 11% of global retail sales of meat, eggs and dairy by 2035—up from 2% today.

The big bust: By 2021, the sales of plant-based meats had flattened—and they started to plummet this year. The stock of one of its biggest stars—Beyond Meat—has slumped nearly 83%. The Brazilian meatpacking giant JBS announced the closure of its alternative meat arm Planterra Foods in the US. And McDonald’s has shelved plans to roll out the McPlant burger nationwide.

The reasons for this waning enthusiasm are revealing for Indians, as well:

One: The price point. At one time, alt-meat was less expensive than beef—but that isn’t true anymore. Today, plant-based beef is twice as expensive as conventional beef and plant-based chicken costs four times more than conventional chicken. Meat-eaters won’t switch to the fake variety if they have to pay more—whatever the benefits to their health or environment.

Point to note: This may be the reason why sales of cheaper, frozen varieties of fake meat are still strong in the US.

Two: The so-called health benefits. Turns out, an Impossible Burger’s calorie count and saturated fat levels are exactly the same as a McDonald’s quarter-pounder patty—and it has six times more sodium. A recent study found that plant-based alternatives did not contain the recommended daily amounts of vitamin B12, calcium, potassium, zinc and magnesium—even though they are higher in sodium, sugar and saturated fat. In other words, while alt-meat may taste like real meat—it does not offer the same nutrition.

Point to note: Just because something is plant-based, it is not automatically more healthy. The faux versions often include all sorts of additives—which makes buyers more wary:

“But once the novelty went away, the consumer started to read the label. Meat has one ingredient and now you’re looking at products with 15. People started asking, ‘What is methyl cellulose and why am I paying a premium for it?’”

Also a problem for brands: Politics. Alt-meat (and vegetarianism, in general) is now associated with “woke” liberals. For example, restaurant Cracker Barrel—associated with old-fashioned American values—was slammed for introducing the Impossible Sausage to its menu. Almost immediately, it turned into a left vs right ideological battle on social media.

Plant-based products became big in 2021—with a number of celebrities jumping in the fray:

But, but, but: Experts are sharply divided over the future of fake meat in India. Some analysts predict the market—which generated retail sales of $220.8m in 2020—will reach $292.9 million by 2025, hitting $1 billion by 2030. Others claim that the trend will soon spread from trend-conscious millennials in metros to tier 2 cities.

Other investment analysts and VC-types remain sceptical. For one, they argue that any plant-based alternative to dairy is a non-starter in India: “Plant-based beverages cannot compete with real milk either on nutrition, taste, or affordability. How many Indians can pay Rs 300 and upwards for a litre?” As for hardcore meat-eaters:

“In the West, these are viewed mainly as replacements for red meats on account of health concerns. India’s annual per capita consumption of fish and chicken is at 6 kg and 4.5 kg respectively, as against only 700-800 gm for mutton.”

Also tricky: Unlike the West, Indian cuisine is highly diverse. So it isn’t just a matter of swapping out a burger patty:

“Taste preferences can vary in every state. In the northern city of Lucknow, consumers can favour the subtlety of galouti kebabs, whereas complex chicken chettinad is preferred in much of southern India. ‘It is of paramount importance that the product is able to fit into this puzzle.’”

Plant-based meat: Do we really have a choice?

The greatest benefit of plant-based meat is that it is inarguably good for the environment. As Vox points out, “Animal agriculture contributes around 15% of global greenhouse emissions, and experts agree that without a major shift away from meat in our diets, we won’t be able to meet the global community’s climate targets.”

A recent study found that plant-based meats offer the best hope of persuading people to eat less meat—”[B]y appealing to three essential elements consumers want: taste, price and convenience." While activists have raised questions about manufacturing methods, everyone agrees that alt-meats use less land and water—and cause less pollution. Just swapping out a burger patty can make a significant difference:

“Recent analysis shows that the production of plant-based burgers generates up to 90% less greenhouse gas emissions than that of beef burgers, while requiring less than a quarter of the agricultural land, about 95% less water, and causing substantially lower water and air pollution.”

Big data point to note: According to the Boston Consulting Group:

The bottomline: Debates over eating meat are often highly politicised. Where vegetarianism is associated with lefty politics in the West, it symbolises caste privilege in India. But most humans ought to be able to agree on the science: eating less meat is good for the planet. For humanity’s sake, we hope alt-meat will one day be as tasty, nutritious and even more affordable than the real kind.

New York Times focuses on the fall of Beyond Meat—but the Washington Post (splainer gift link) has a much better explainer on why alt-meat is struggling. Just Food and Indian Express offer good reviews of the industry in India. For the environmental impact, read Vox and the Economist. Also worth your time: This Washington Post column on why it is too early to write off plant-based meats. The Conversation and The Print explain why plant-based products are not necessarily more healthy.